Elon Musk responds to the haters and censors after Twitter buy

"The extreme antibody reaction from those who fear free speech says it all," the Tesla and Space X CEO said. 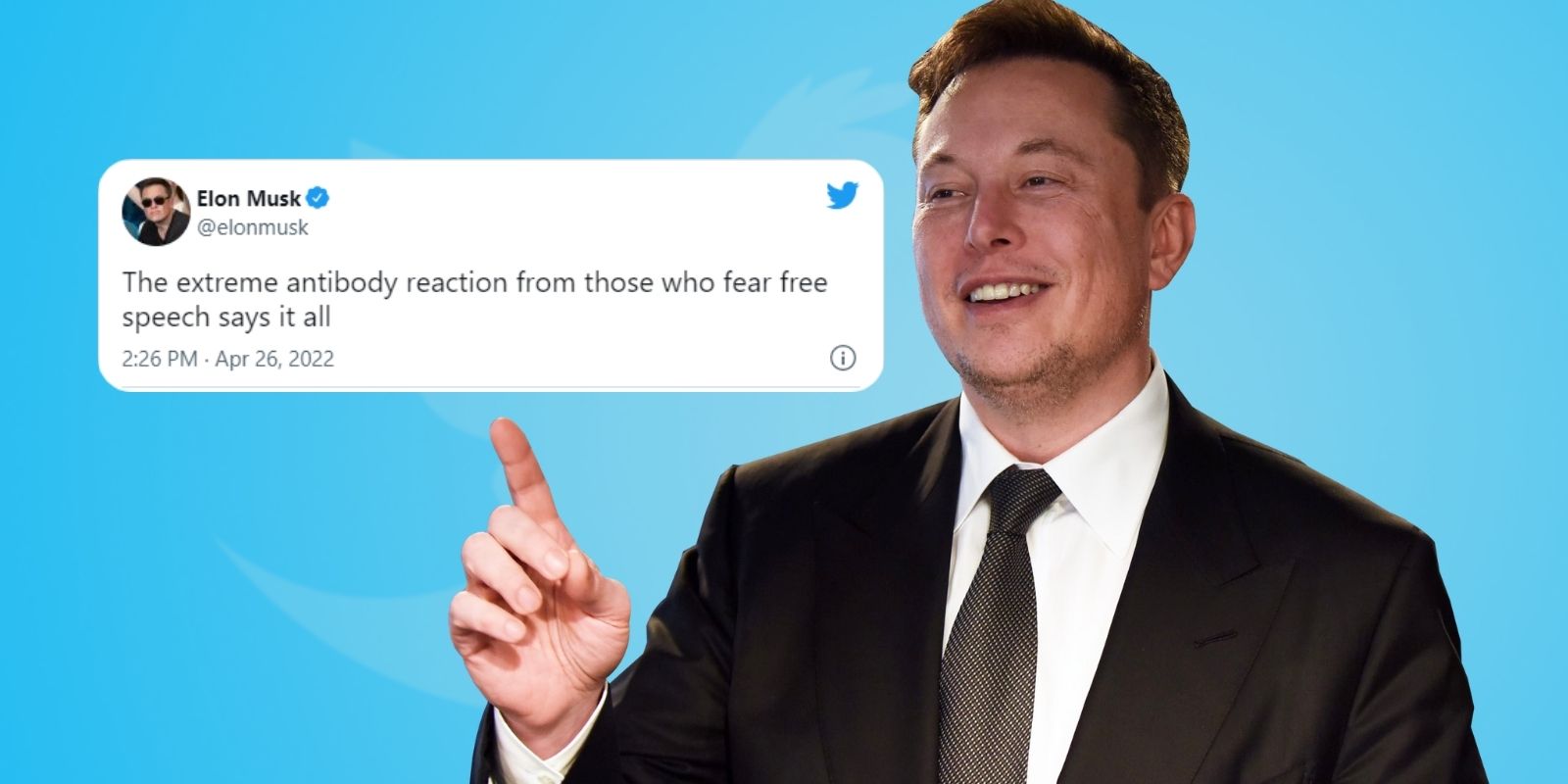 Twitter owner Elon Musk made an observation in a tweet on Tuesday, noting the visceral reaction that those "who fear free speech" have had over his buying of the platform.

"The extreme antibody reaction from those who fear free speech says it all," the Tesla and Space X CEO said.

Twitter employees are among those having a negative reaction to Musk's buy. A source reached out to The New York Times reporter Talmon Smith to express how unsure they are about the future of the company, and their role in it.

The text messages sent to Smith give a glimpse to just how poorly some are taking the news.

"I feel like he’s this petulant little boy and that he’s doing this to troll…he doesn’t know anything about our policies and what we do…his statement about our algo was f*cking insane… Were just gonna let everyone run amok?…nobody knows," a text from the anonymous Twitter source read.

Musk is not alone in his observation. Fox News host Tucker Carlson said on Monday that "the tyrants are grieving."

"Free speech is extremely important to civilization. Are you triggered by that?" Carlson asked. "It's often hard to know who's on what side, so much lying. Who are the tyrants? They're anyone who is bothered by the idea that other people might get to talk. That is an unfailing test. It's 100 percent accurate. Would you allow people who disagree with you to talk? If you wouldn't, you were a tyrant and tonight the tyrants are grieving."

Carlson emphasized that the electric car mogul's purchase of Twitter is a "revolutionary posture" for freedom of speech, which was the main reason that Musk decided to purchase the platform.

"'I hope that even my worst critics remain on Twitter,' Musk wrote today on his new platform 'because that is what free speech means.' Now, that sounds like an entirely American sentiment, but in this atmosphere, that is a revolutionary posture," Carlson said.

"Of the five companies that control the flow of virtually all information that is consumed by the citizens of this country, Twitter is by far the smallest of the group, but it doesn't matter. One platform going rogue is enough to break the monopoly. That means you now have real options for expressing yourself."

White House Press Secretary Jen Psaki also expressed some concern over Musk's purchase, saying that she was not "going to comment on a specific transaction."

"What I can tell you, as a general matter, no matter who owns or runs Twitter, the President has long been concerned about the power of large social media platforms, the power they have over our every day lives, has long argued that tech platforms must be held accountable for the harms they cause."