When asked about how tax increases associated with President Joe Biden’s infrastructure plan would affect the middle class, Energy Secretary Jennifer Granholm doesn’t deny the potentially devastating affects it will have and instead dodges the question. 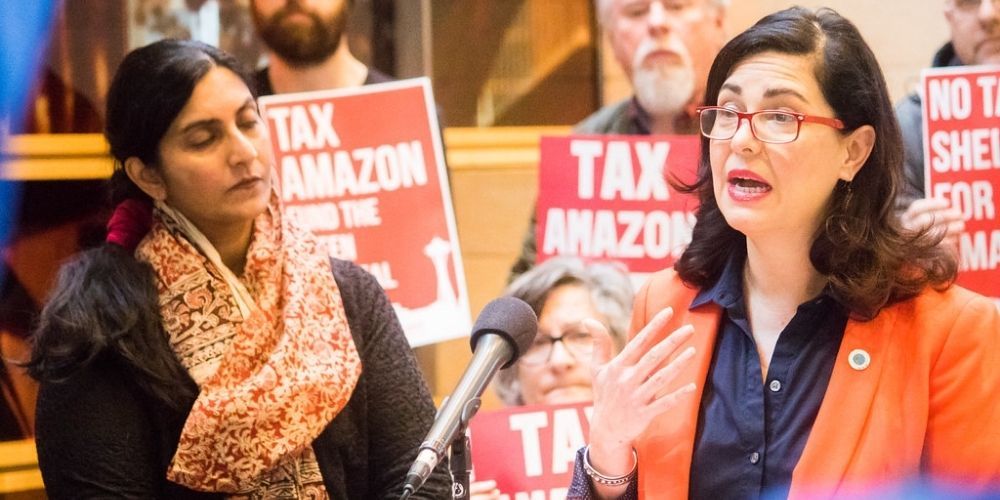 When asked about how tax increases associated with President Joe Biden’s infrastructure plan would affect the middle class, Energy Secretary Jennifer Granholm doesn’t deny the potentially devastating affects it will have and instead dodges the question in an interview on State of the Union with Jake Tapper Sunday morning.

The tax hike proposed to pay for the $2 trillion infrastructure plan would increase corporate tax rates from 21 to 28 percent.

Tapper prefaced his question with concerns about the effects on th middle class coming from government officials and business experts alike.

"The US Chamber of Commerce called that “dangerously misguided.” The Wall Street Journal editorial board wrote this week that “the great political fakery here is that corporate taxes merely fall on CEOs and rich shareholders... Mr Biden’s corporate tax increases will hit the middle class hard - in the value of their 401ks, the size pad their pay packets, and what they pay for goods and services," said Tapper.

Granholm doesn’t address the middle class, but instead calls the tax hike a "middle ground" between Trump’s tax cut and the tax rates seen before that, and asked if someone doesn’t support that, tell us how you’d pay for it?

"You recall that just a few years ago the tax rate for corporate taxes was 35 percent. When Donald Trump passed his corporate and tax cuts for the wealthy package, he dropped it to a point that nobody was even asking for which was 21 percent. So what Joe Biden is saying is lets put it to a reasonable middle. Let’s put us in line with other industrial nations which is 28 percent," said Granholm.

"And secondly, if you don’t like this, then come and tell us how you would pay for it. Of the polling that’s been done out there on this, more people support paying for infrastructure rather than racking up deficits than not, and that includes republicans. People know that you can’t just continue to spend without paying for it. And so what Joe Biden wants to do is to do it in a fair way," she continues.