The effort to recall California Democrat Governor Gavin Newsom announced Wednesday night that they have gathered the number of signatures required to force a recall election this year. 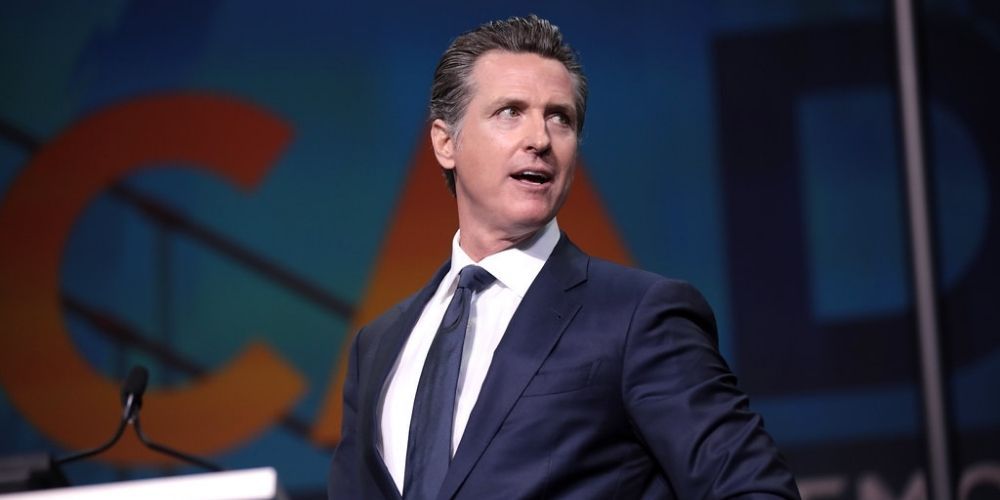 The effort to recall California Democrat Governor Gavin Newsom announced Wednesday night that they have gathered the number of signatures required to force a recall election this year. 1,495,709 signatures were required to get the measure on the ballot. The group aims to collect 2 million signatures before the March 17 deadline.

On Tuesday, White House press secretary Jen Psaki said that President Joe Biden opposed the recall effort against California Democrat Governor Gavin Newsom. Psaki said the President and Newsom have a "range of issues they agree on ranging from climate change to the COVID crisis" and that Biden "clearly opposes any effort to recall" the California governor.

The multi million dollar effort began as a response to Newsom’s handling of the coronavirus pandemic and gained momentum after Newsom ordered a second lockdown in response to a surge in COVID cases, while the Governor was discovered unmasked, indoors at a fancy Napa Valley restaurant for a birthday dinner for a lobbyist which he attended with members of the California medical advisory committee. Newsom's orders closed businesses around the Golden State but left an exemption for Hollywood production to continue.

California recently passed New York as the state that has had the most deaths from the pandemic and has had almost a million more cases than the state with the second highest number.

Newsom's approval numbers fell below 50 percent last week, down to 46 percent from a previous high of 64 percent following public disapproval of his handling of the pandemic.

While giving a a press conference on Thursday, Newsom was regularly interrupted by chants of "recall Newsom!"

According to Fox News, "The governor was making an appearance in Fresno at the city’s fairgrounds to provide an update on the COVID-19 pandemic and discuss a new vaccine distribution site in the Central Valley. A visibly irritated Newsom did not acknowledge the chant, as he continued to answer a reporter’s question about a vaccination site that will be created at Reedley College."

Newsom said during the press conference, "I’m focused every single day on getting businesses open, our schools reopened, increasing the rate of vaccinations. We’re committed and resolved to doing that in every part of this state. I don’t care if you’re Democrat or Republican. I care that you’re healthy and safe. And you can live your lives out loud without fear of a pandemic, and without fear of having to go back into the fits and starts this pandemic has impacted in terms of communities all across this state."

Former San Diego Mayor Kevin Faulconer recently announced that he will run against Newsom if a recall election is set.