On Wednesday Mayor Adams said that the time has come to reconsider NYC's historic "right to shelter" laws as he cannot handle the influx of illegal immigrants being bused from Texas. 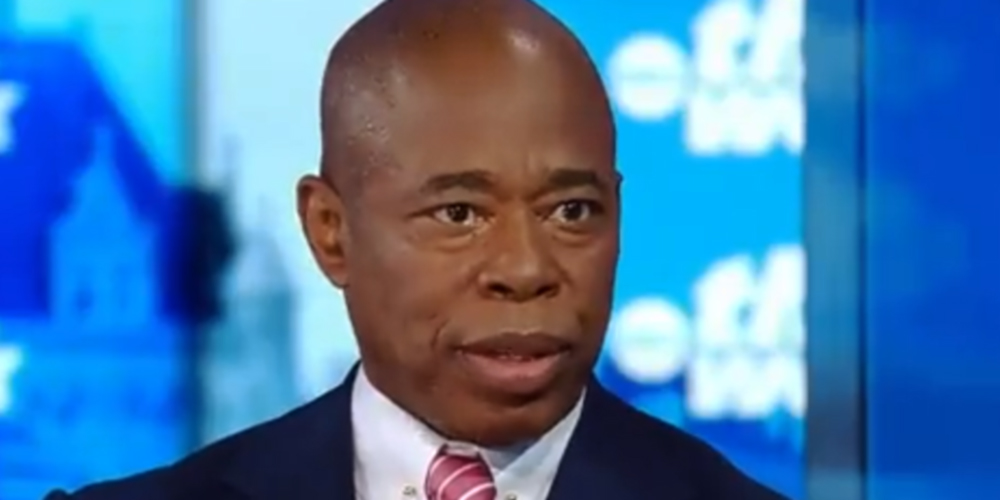 Commissioner of Immigration Affairs Manuel Castro said to Fox News on Wednesday that "Many want to go to places like Florida where the largest community of Venezuelans live."

According to the Daily Mail, Adams was hobnobbing this week with the likes of Serena Williams, Anna Wintour, and Anne Hathaway at the exclusive members-only club Aman New York in the Crown Building. Roughly 1000 migrants he was unable to house slept on NYC streets as Adams partied at the posh club.

"We're helping them get to their actual final destination," Castro said of sending them to Florida. "We're doing our best. All states and all cities have a role to play here, not just New York and Chicago and other places."

On Wednesday Mayor Adams said that the time has come to reconsider NYC's historic "right to shelter" laws as he cannot handle the influx of illegal immigrants being bused from Texas.

A record-high number of 1,659,206 illegal immigrants crossed America's southern border in 2021 and there have been more than two million encounters in the 2022 fiscal year. Month after month, hundreds of thousands of migrants pour into the United States illegally, mostly into Texas in Biden's humanitarian border crisis.

In April, Texas Governor Greg Abbott contemplated on a way to manage and relocate the masses of migrants flooding into Texas. He promised to bus border crossers to blue states whose leadership supported open borders, such as Democrat Eric Adams' NYC.

Texas relocated illegal immigrants to NYC, which plans on relocating them to Florida, which has relocated migrants to Martha's Vineyard, where the national guard was recently called in to handle a total of 50.

As Mayor Adams says he cannot handle the migrants he has been spotted out during New York Fashion Week.
ADVERTISEMENT
ADVERTISEMENT
eric adams