NYC Mayor Eric Adams said his city's "right to shelter" system is at its breaking point and that the city's prior efforts "must be reassessed." The city was unable to house all those who sought beds. 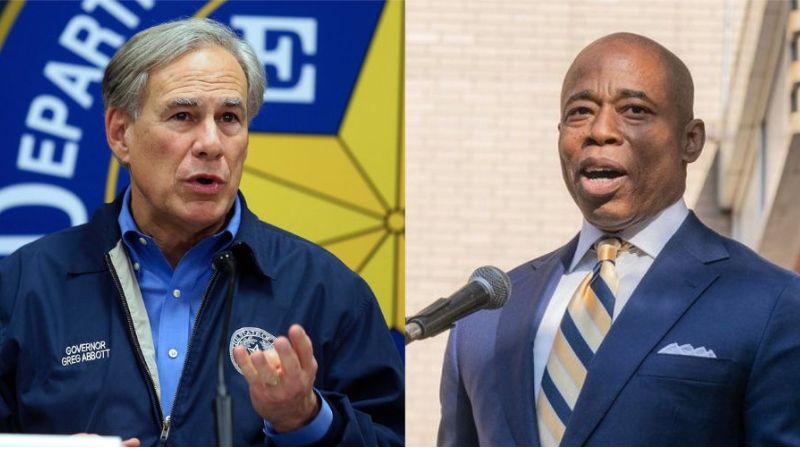 Joshua Young Youngsville North Carolina
Sep 15, 2022 minute read
ADVERTISEMENT
ADVERTISEMENT
New York City Mayor Eric Adams said on Wednesday that the time has come to reconsider the Big Apple's historic "right to shelter" laws as he cannot handle the influx of illegal immigrants being bused from Texas. The city has identified itself as a "sanctuary city" where illegal aliens are more than welcome, and even sought to give non-citizens the right to vote in local elections.

Adams said the system is "nearing its breaking point" and "no city official, advocate, or court could have contemplated" how to manage the mass illegal immigration. The city has a policy of giving a bed to anyone who seeks one, and over the weekend, it was unable to live up to that promise.

"The city’s prior practices, which never contemplated the busing of thousands of people into New York City, must be reassessed," Adams said. His comments came after his administration failed to bed and shelter roughly 60 of the migrants who were recently bused into the city.

In April, Texas Governor Greg Abbott contemplated on a way to manage and relocate the masses of migrants flooding into Texas. He promised to bus border crossers to blue states whose leadership supported open borders, such as Democrat Eric Adams.

Abbott's measure comes as the Biden administration has seen a record-high number of illegal immigrants pouring into the United States along the country's southern border.

"No city official, advocate, or court ever could have contemplated the unprecedented crisis. We’re saying the whole system needs to be reassessed," said Adams' press secretary Fabien Levy.

The New York Times writes that "The math of migration has been relentless and unforgiving" as shelter populations have grown by about 5,000, or increased by 10 percent, since early August. The homeless in New York City's shelter system is 56,000.

New York City has a 35-year-old "right to shelter" law that was affirmed in the final judgment in the 2008 case Boston v. City of New York. No matter the burden, it's NYC law that if someone arrives at a designated city facility seeking shelter, they must be housed by the next morning.

Prior to the Texas governor sending migrants to NYC, the Biden administration had been quietly doing the same thing, often giving them faulty information on where to go. Adams said on July 21 that he could not handle a recent increase of 2,800 migrants into NYC's homeless and public welfare programs and that it was a real "burden" to the already "overburdened shelter system." Abbot asked the Biden Administration for help, to no avail.

According to News 4, the NYC shelter system had been taxed less from an increase of migrants and more because of issues such as understaffing and a recent rise in evictions.

On August 4, the first busload of about 50 illegal immigrants from Texas arrived in NYC at NYC's Port Authority bus terminal.