Adams said a recent influx of 2,800 migrants were individuals "being sent by the federal government." 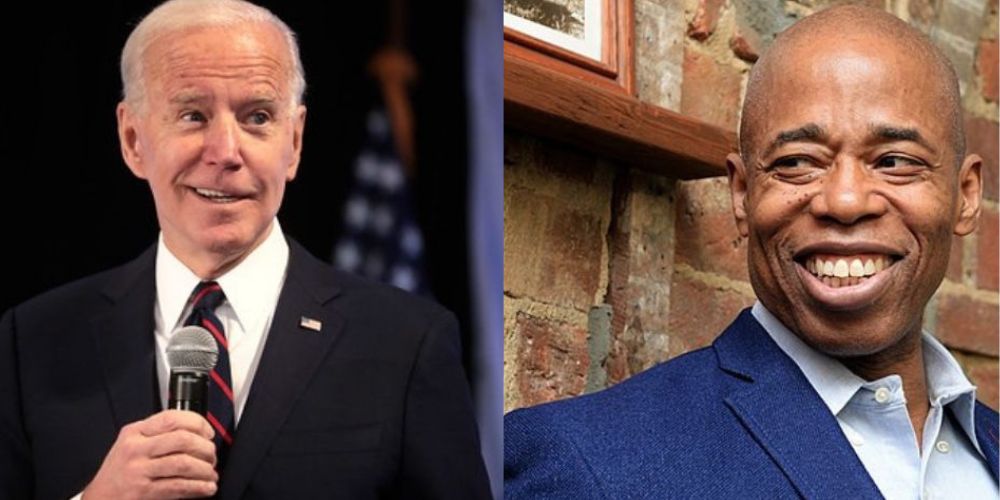 The Biden Administration is shipping illegal immigrants to New York City despite the migrants having no local ties to the area and NYC mayor Eric Adams claimed Tuesday that the city cannot handle the influx without federal help.

Fox News reports that Adams said, "In some instances, families are arriving on buses sent by the Texas and Arizona governments, while in other cases, it appears that individuals are being sent by the federal government." Adams said he cannot handle the recent increase of over 2,800 migrants into NYC's homeless and public welfare programs.

In April, Texas Governor Greg Abbott announced that his state would provide charter buses to send illegal immigrants to Washington, DC and other Democrat-led cities. Adams noted that it's not just state officials who are directing border crossers to the city that never sleeps, it's the Biden Administration.

The Biden Administration has seen a record-high number of illegal immigrants pouring into the United States along the country's southern border. President Biden has reduced the number of prosecutions for that crime as more and more cross over.

The New York Post reports that Adams asked Biden to send "additional resources immediately" to help with the "rapidly growing shelter population and new clients who are seeking asylum."

With no local ties, the migrants have no recourse but to look to public welfare programs to help them. The Post cited the example of a family from Venezuela who didn't even ask to go to NYC but landed there through circuitous migrant transport.

The family's matriarch, 28-year-old Veronica Prada told of how she, her husband, and their two young children "crossed the US-Mexico border into San Antonio, Texas, on July 11." Border Patrol took them to an immigrant processing facility where they were explained the asylum process and given an appointment with an immigration lawyer all the way up in the Bronx, New York on August 23.

After assistance from two Catholic churches, one in San Antonio and then one in Washington, DC where the family was briefly bussed, they eventually landed in Upper Manhattan.

In a similar instance, another family left Venezuela, found shelter in NYC, and is now hoping for their "assisted living" will kick in.