A DHS memo details how migrant prosecutions dropped by almost 80 percent in 2021. 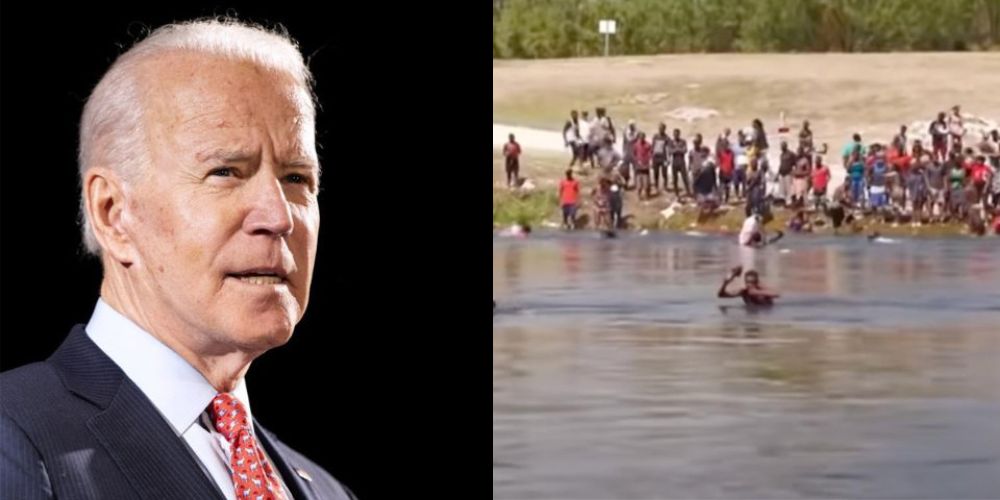 Despite a record-high number of illegal immigrants pouring into the United States along the country's southern border, President Biden has remarkably reduced the number of prosecutions for that crime.

The Washington Free Beacon reported Monday that they obtained a memo from the Department of Homeland Security detailing how migrant prosecutions dropped by almost 80 percent in 2021. That year only 2,896 border crossers were apprehended and transferred to U.S. Marshall custody compared to 12,213 who were transferred in 2020.

When Joe Biden took office in 2021 he dramatically loosened restrictions along the southern border which contributed to a growing humanitarian crisis.

The Biden Administration and HHS Secretary Alejandro Mayorkas repeatedly said that children would be admitted and that those seeking asylum would also be let in in an effort to distinguish themselves from the Trump Administration. Despite the administration's messaging, it is a federal misdemeanor to illegally cross into the United States and a felony if it's done twice.

In 2022, Biden's policy on immigration contributed to a record setting half a million migrants that crossed the US border in the 10 weeks between April 1st and the second week of May.

Month after month records continue to be set of illegal immigrants flooding into the United States with over a million migrant crossing incidents were reported in 2021 and 2022 on track to surpass that figure.

A senior official in the Department of Homeland Security told the Washington Free Beacon that "The lack of accountability from this administration encourages the worst people flooding our borders, criminals, to keep violating our laws until they finally commit a crime so egregious that the Department of Justice is forced to prosecute."

In June, one of the worst human trafficking tragedies on record took place along the border as a meth-addled trafficker packed dozens of human beings into an 18-wheeler, resulting in 53 dead. Mules also smuggled copious amounts of Fentanyl and other drugs across the southern border, usually packed with migrants who are illegally crossing.

In May, President Biden let Trump's previous "remain in Mexico" policy expire. Title 42 has allowed authorities to expel illegal crosses under the auspices of health concerns, built on the back of the Covid-19 pandemic. Upon its removal even more are expected to enter the United States illegally.