Apprehensions of illegal migrants are on course to surpass those of Fiscal Year 2021, which totaled 1,659,206. 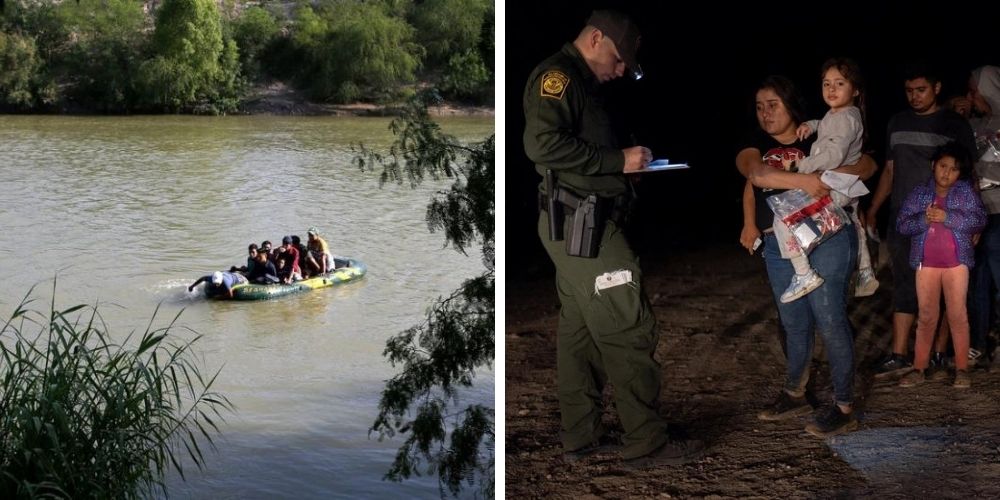 The number, while lofty, is down from the 222,656 migrants apprehended in May, which marked the highest monthly total since records began in 1999.

Apprehensions of illegal migrants are on course to surpass those of Fiscal Year 2021, which totaled 1,659,206.

As Breitbart reports, there have been over 1.6 million apprehensions in fiscal year 2022 thus far, and with three months to go, the total sits at just 20,000 less than in all of fiscal year 2021.

According to Breitbart, the Del Rio Sector led the way in June with 45,000 apprehensions. Many have chalked this up to the increasing number of large groups that choose to cross there.

With larger migrant groups comes the need for more border security personnel in one place, a gift to human smugglers who exploit gaps in the system where enforcement is stretched too thin.

While the act of smuggling people across the border is nothing new, the sophisticated methods they employ make them harder to catch than ever before.

Speaking in the aftermath of the deadliest human smuggling incident in American history, wherein fifty-three migrants were left to die in the back of a truck, Department of Homeland Security Alejandro Mayorkas highlighted the fact that many of the smuggling operations are conducted by "very sophisticated criminal organizations."

Mayorkas also admitted that while border security has intercepted more drugs and saved more migrants than ever before over the past year, the US system allows smugglers and traffickers are able to slip past.

The Biden administration has said that the border is closed, while implementing policies that appear to encourage migrants to continue pouring across the border.