"We continue to warn people not to take the dangerous journey," Mayorkas said. 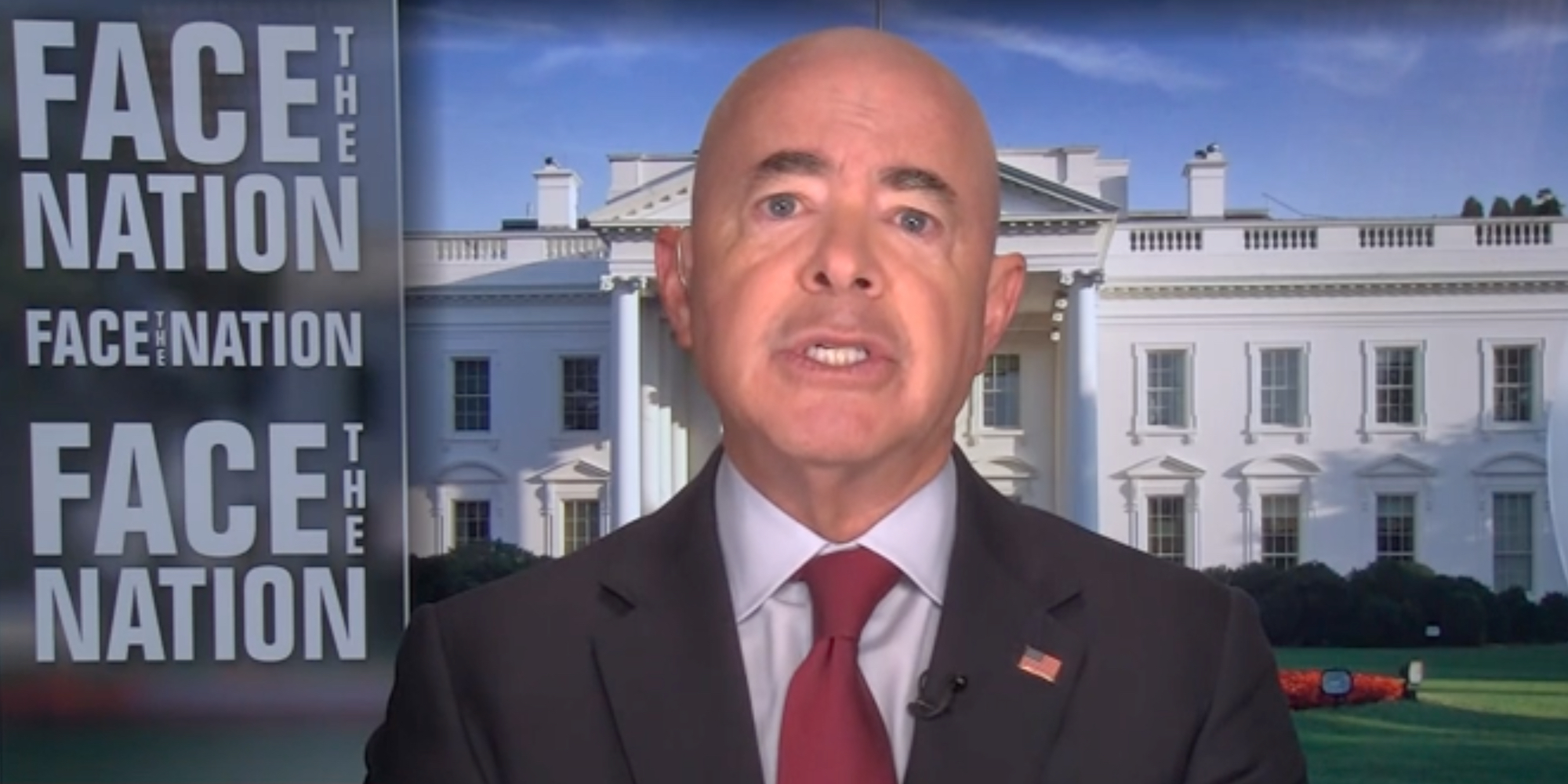 A week after the deadliest human trafficking incident in American history wherein over fifty migrants were left to die by a smuggler in San Antonio, Texas, Department of Homeland Security Secretary Alejandro Mayorkas defended the Biden administration's border policies.

He warned would-be migrants not the make the dangerous journey lest they meet the full force of America's laws, but added that "sometimes" trucks do make it through.

"We continue to warn people not to take the dangerous journey," Mayorkas said during an interview on CBS's Face the Nation, using the recent San Antonio tragedy as an example of how things can end for those who do.

"They put their lives, their life savings, in the hands of these exploitative organizations, these criminal organizations that do not care for their lives and only seek to make a profit," he said, slamming smugglers and traffickers.

He went on to lament the fact that these operations are often conducted by "very sophisticated transnational criminal organizations," thus making them hard to track and crack down upon.

"They have evolved over the last 30 years," he said, noting that once "rudimentary" organizations are now "using technology" to carry out their crimes.

Mayorkas admitted that while border security has intercepted more drugs and saved more migrants than ever before, the US system is not perfect, and there will be times that smugglers and traffickers are able to slip past.

"Can a truck get through sophisticated means?" he said. "Sometimes, yes.

Mayorkas' interview comes after a week that saw the deadliest human trafficking incident in American history, and the Supreme Court's ruling that the Biden administration does not have to continue the "Remain in Mexico" policy.

The DHS secretary has long defended the Biden administration's policies, even as the crisis at the southern border reached unprecedented levels.