"But the fact of the matter is the border is closed," Karine Jean-Pierre said when asked about the dead migrants found in a semi-truck in San Antonio, Texas. 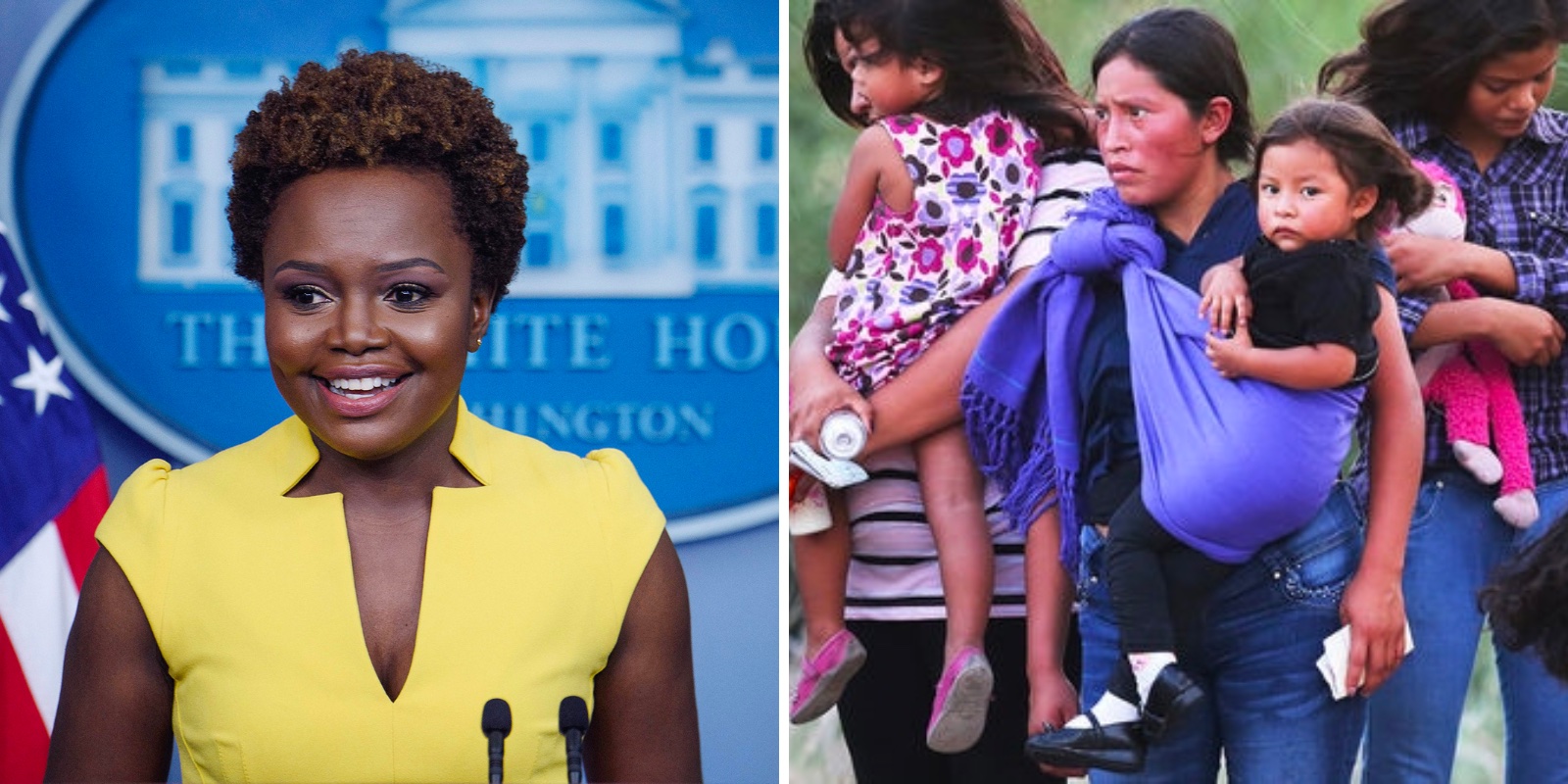 After more than 46 victims of human smuggling were found in a semi-truck in San Antonio, Tex., White House Press Secretary Karine Jean-Pierre took questions on the matter, stating that the "border is closed." This despite ample and ongoing evidence that the border is definitely not closed.

"We're focused on them, on the facts," Jean-Pierre said, "and holding the human smugglers who endangered vulnerable individuals for profits accountable. And we're focusing on continuing our historic actions to disrupt dangerous smuggling networks, including through new, anti-smuggling campaigns just in the first two months resulted in over 1,800 arrests. But the fact of the matter is the border is closed."

Julio Rosas, reporting from the border, fact-checked the White House claim as "false."

And Rosas has receipts.

After President Joe Biden took office in 2021, he reversed many Trump-era border policies and announced his plans for a more humanitarian approach to illegal immigration. Biden made campaign promises to reform immigration policy, citing the "moral failing and a national shame" of seeing illegal migrants drown while crossing the Rio Grande, something that has not even remotely stopped under his administration.

Early into Biden's first term, Department of Homeland Security Secretary Alejandro Mayorakas issued a missive from the White House press briefing room to the immigrants of the world, saying:

"All I can do is communicate, both to the American public and to the individuals who are seeking protection that we are working around the clock, seven days a week, to make that time frame as short as possible, but they need to wait," said Mayorkas. "But they need to wait with a particular goal in mind."

When asked if there was a crisis at the border, he said "No, I believe there is a challenge at the border that we are managing."

He later denied saying this, but Senator Josh Hawley reminded him at some length.

Under Biden, migrants are traveling from further away to reach the border and obtain illegal entry. Biden's plans to investigate the "root causes" of migration have been tasked to Vice President Kamala Harris, who made remarks about reasons why people leave their home countries, but hasn't been able to stop people from coming.

Harris called LGBTQ violence one of the root causes of illegal migration, and the Biden administration put procedures into place to grant refugee status to trans persons coming north.

"We are looking at the issue of poverty and the lack, therefore, of economic opportunities; the issue of extreme weather conditions and the lack of climate adaptation; as well as corruption and the lack of good governance; and violence against women, Indigenous people, LGBTQ people, and Afro-descendants," Harris said in April 2021, shortly after Mayorkas told people "not to come."

In June 2021, Harris said dealing with the border was not her job.