Mayorkas in March issued an invitation to the world to illegally cross the US-Mexico border. Under questioning from Sen. Hawley this morning, he couldn't even remember saying the words. 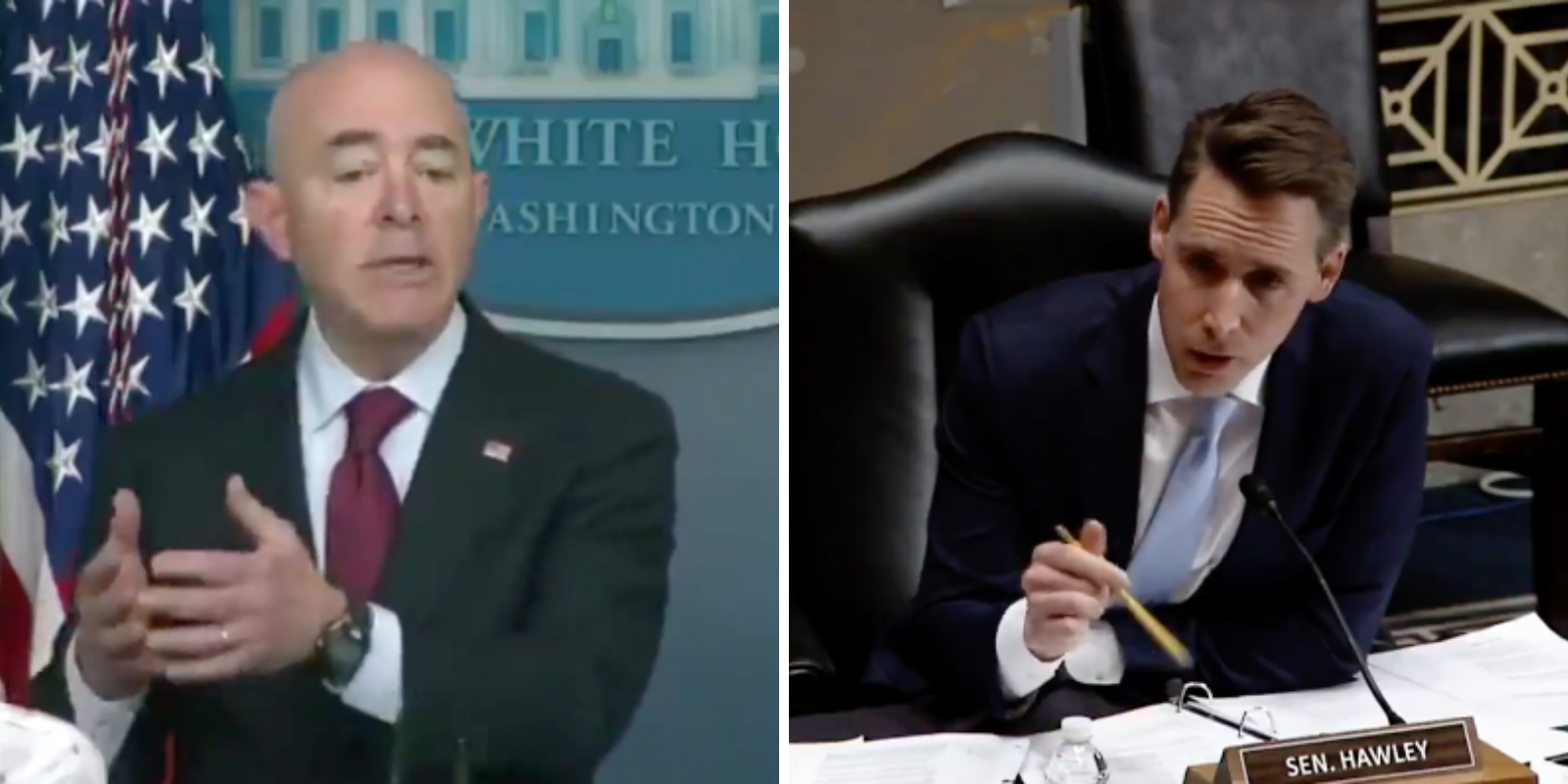 Department of Homeland Security Secretary Alejandro Mayorkas in March issued an invitation to the world to illegally cross the US-Mexico border. This morning, under questioning from Senator Josh Hawley (R-MO), he couldn't even remember saying the words.

"Don't you think you bear any responsibility for the current crisis," Hawley asked Mayorkas in a Senate hearing on Thursday, "by telling the world earlier this year that the border was open? Your words were 'we're not telling you not to come, we're just telling you we're putting a system back in place in which you can come.' Don't you think people took your words at face value then?"

"Senator, I've never said that the border is open and I've never believed it," Mayorkas replied.

Hawley jumped in asking for clarity, "We're not telling you not to come, how would you parse that?"

"Senator, I never said the border is open, and I never believed that it should be an open border," Mayorkas said.

"You remember saying, don't you, that 'we're not telling you not to come,' those are you words that you said in a press conference. You said that, right?" Hawley asked again.

"No, I don't recall saying that," Mayorkas said. "I don't believe I ever—"

"That is interesting news," Hawley replied, "the secretary just said that he doesn't have any memory of making those comments, that's extraordinary."

And it is. Because Mayorkas said those exact words. In fact, it was in the same March 1 press conference that he insisted there was no crisis.

"All I can do is communicate, both to the American public and to the individuals who are seeking protection that we are working around the clock, seven days a week, to make that time frame as short as possible, but they need to wait," said Mayorkas to reporters in the White House press briefing room. "But they need to wait with a particular goal in mind."

When asked if there was a crisis at the border, he said "No, I believe there is a challenge at the border that we are managing."

Hawley clearly does not believe that Mayorkas is handling the "challenge" at the border well, and that's why he brought receipts.

The Biden administration has appeared to do everything possible to welcome illegal migrants into the country, while telling the American people that they are not doing that. Tasking Vice President Kamala Harris with the border crisis has proved as ineffective at curbing migration as Mayorkas' direct invitation.

On Thursday, the administration said that in addition to welcoming undocumented, unaccompanied minors across the border, they would be opening up the asylum process to families with young children and transgender migrants.

The White House isn't publicizing this change in allowable entry criteria so as to not spark another migration boom, such as the one that happened when they announced to the world that unaccompanied minor children would be allowed to cross without exception. Or the one that happened in April, when Mayorkas said "we're not saying don't come, we're saying don't come now."

In April, Customs and Border Protection encountered 178,622 people crossing the US-Mexico border in April. While many are turned away, "an increasing number of single adults and families are being allowed into the US" as asylum seekers. This April influx is unmatched for the single greatest number of illegal crossings since 2000.