The Biden administration is expanding their priorities to include families with young children and people who identify as transgender. 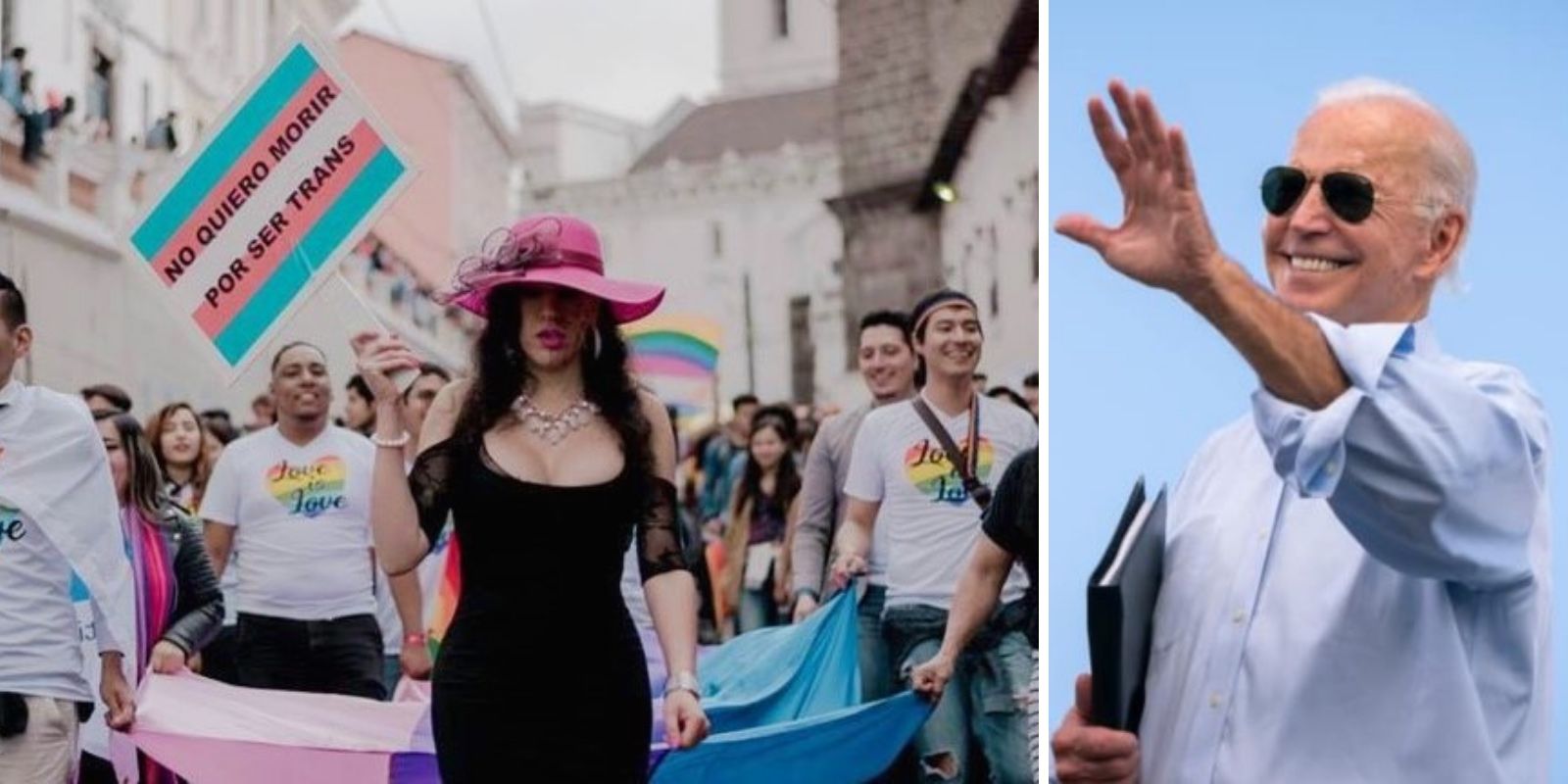 The Biden administration, which effectively announced an open door policy for migrant children crossing the border alone, is expanding their priorities to include families with young children and people who identify as transgender. Vice President Kamala Harris has called violence against LGBT persons a "root cause" of migration.

The administration is opening up exceptions to a pandemic-inspired public health order that was put in place last year, and is increasing the allowances for "humanitarian exceptions," NPR reports. Those restrictions, put in place by the CDC, come under Title 42.

The White House isn't publicizing this change in allowable entry criteria so as to not spark another migration boom, such as the one that happened when they announced to the world that unaccompanied minor children would be allowed to cross without exception. These children were promised housing, food, and an education if they made it to the border and crossed on their own. Border detainment facilities are already reported to be at capacity.

This led to a massive uptick in illegal border crossings by kids, and human traffickers were the ones to benefit. In the wake of this policy being enacted and announced, children could be seen being dropped over the border wall by human traffickers, as well as needing to be rescued by CBP while wandering alone near the border.

These "humanitarian exceptions" are for those who are believed to be more vulnerable that the average illegal migrant, due to the danger of living in towns on the Mexican side of the border, where people typically wait to cross.

In April, Customs and Border Protection encountered 178,622 people crossing the US-Mexico border in April. While many are turned away, "an increasing number of single adults and families are being allowed into the US" as asylum seekers.

But the criteria for entry isn't clear to border control agencies. The administration is working with a consortium of not-for-profit groups and NGO's to figure out who should be let in based on their level of vulnerability.

Raymundo Tamayo at the International Rescue Committee, which is one of the groups working with the administration, said that "It is an effort to streamline this kind of humanitarian exemption to provide more of a safe and orderly mechanism so that the US government can process certain individuals who are displaced in Mexico and in vulnerable situations."

This new system of putting families and transgender persons to the front of the line for asylum and border crossing began on "a small scale in El Paso" last week, and is expected to be put in place across the US-Mexico border. Migrants will be interviewed on the Mexican side of the border before gaining entry.

But it's hard to know what the criteria are said Ruben Garcia, who runs a non-profit called Annunciation House in El Paso that provides shelter for migrants on a temporary basis.

"What exactly is the criteria, who chooses them; that I can't tell you," he said. "I just don't know."

About 32,500 people were allowed entry for asylum claims in April, including many single adults, and families with small children. The number of humanitarian exceptions has not been released, but these entries are not counted among the number of illegal entries. April asylum seekers were about 1,800, which is about double from March.

NPR reports that "Transgender migrants also have been allowed recently to cross through ports of entry to be processed by U.S. immigration authorities and released to reunite with family or sponsors while their asylum cases move through immigration court."

Homeland Security Department spokeswoman Sarah Peck said "We are working to streamline a system for identifying and lawfully processing particularly vulnerable individuals who warrant humanitarian exceptions under the order."

"This humanitarian exception process involves close coordination with international and non-governmental organizations in Mexico and COVID-19 testing before those identified through this process are allowed to enter the country," Peck said.

This was both increase from March's already high numbers, and a number that has not been matched for a single month since April 2000, when CBP encountered 182,613 people crossing the border. CBP apprehended 15,918 unaccompanied children in March as well, 13,962 in April. Video of migrants crossing with young children was troubling.

In response to the request of 20 Republican governors from across the US, Biden resumed construction of Trump's border wall. Democrat leaders in border states have also decried the president's failed policies. For her part, Vice President Kamala Harris has said that dealing with climate change would solve the border crisis.