The Army Corps of Engineers has confirmed to Fox News that a 13.4 stretch of the wall in the Rio Grande Valley will resume construction. 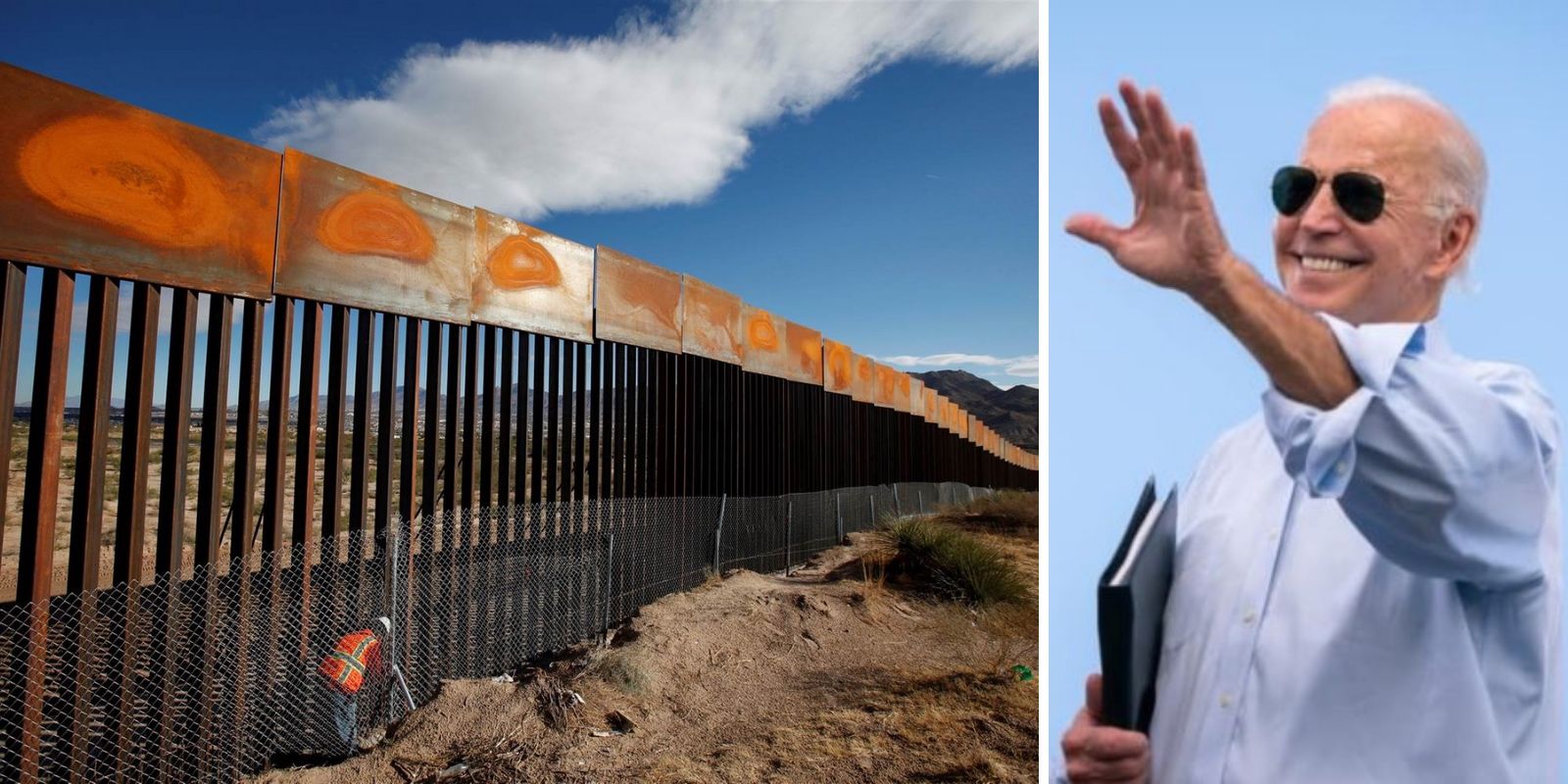 President Biden will restart construction of President Trump's border wall. The Biden administration will pick up the equipment and materials they'd left abandoned at the US-Mexico and at the heed of Republican governors, use them to create the barrier Trump supporters so desired.

The Army Corps of Engineers has confirmed to Fox News that a 13.4 stretch of the wall in the Rio Grande Valley will resume construction.

Twenty Republican governors signed a letter urging Biden to secure the border, which many have seen as being in total chaos.

The letter states that "Contrary to statements from your Administration, the border is neither closed nor secure. In fact, the Customs and Border Patrol (CBP) reports a staggering surge in recent crossings: 172,000 encounters in March, the highest number in nearly 20 years, as well as 18,890 unaccompanied children, the largest monthly number in history.

"The crisis is too big to ignore and is now spilling over the border states into all of our states. Recently, the U.S. Department of Health and Human Services called upon many of our states to identify potential housing locations for migrants. In addition, the Department circumvented our states altogether by asking private organizations and nonprofits to house unaccompanied migrant children. Often these facilities lack adequate security. Allowing the federal government to place a potentially unlimited number of unaccompanied migrant children into our states’ facilities for an unspecified length of time with almost zero transparency is unacceptable and unsustainable. We have neither the resources nor the obligation to solve the federal government’s problem and foot the bill for the consequences of this Administration’s misguided actions.

"This Administration has enticed a rush of migrants to our border and incentivized an influx of illegal crossings by using irresponsible rhetoric and reversing a slew of policies—from halting border wall construction to eliminating asylum agreements to refusing to enforce immigration laws. Even officials of our neighbor, Mexico, reportedly conveyed concerns that the shift in U.S. policy is stoking illegal immigration and creating business for organized crime."

It goes on to say that "The cause of the border crisis is entirely due to reckless federal policy reversals executed within your first 100 days in office. The rhetoric of the Biden Administration and the rollback of critical agreements with our allies have led to the inhumane treatment of tens of thousands of children and undermined a fragile immigration system. While the most direct victims of the policy changes will be the children exploited and trafficked by gangs and cartels, the disastrous impact of your polices on America’s recovery will be far-reaching."

Visiting the border recently, Texas GOP Senator Ted Cruz said that the conditions were represented "a dereliction of duty. It is deliberate. It is endangering the people of my home state of Texas and endangering people all across the country. It is unacceptable. It is inhumane. It is wrong."

He demanded action from both Biden and Vice President Kamala Harris, who has been tasked with managing the border crisis and the crisis of immigration from key Central American countries known as the Northern Triangle, Guatemala, Honduras, and El Salvador. Harris promised funding for aid in these nations, and blamed the immigration influx on violence against LGBT people, climate change, and other factors. She didn't note the administration's open door policy to migrant youth as a factor.

Biden had promised to halt construction on the border wall, and did so in January, but it was under pressure from governors who were dismayed at the massive influx of immigrants across their borders that he's getting the massive construction project back online.

In April, the Biden administration said that they were considering filling gaps in the wall. DHS Secretary Alejandro Mayorkas that "It's not a single answer to a single question. There are different projects that the chief of the Border Patrol has presented and the acting commissioner of CBP presented to me."

"The president has communicated quite clearly his decision that the emergency that triggered the devotion of DOD funds to the construction of the border wall is ended," Mayorkas is reported to have said. "But that leaves room to make decisions as the administration, as part of the administration, in particular areas of the wall that need renovation, particular projects that need to be finished."

White House Press Secretary Jen Psaki downplayed that when she answered questions about the renewed wall effort, saying "Well wall construction remains paused by the extent permitted by law. So some has already been funded through congressional authorization and funding allocation. But as agencies develop for a plan—it's paused while agencies are developing a plan for the President on the management of the federal funds.

"When the administration took office, as you mentioned, funds had been diverted from congressionally appropriated military construction projects and other appropriated purposes toward building the wall. And wall construction was being challenged in multiple lawsuits, for much of the wall, I should say, not all of it, by plaintiff who allege serious safety and environmental issues.

"Under those circumstances, federal agencies are continuing to review wall contracts and develop a plan to submit to the President soon. It is paused, there is some limited construction that has been funded and allocated for, but it has been paused."

The gaps that were left in the wall after the administration abandoned construction, leaving materials and equipment littering stretches of the border, ended up being accessible to terrorists.

The White House had rejected calls to tighten the border, despite obvious abuses by human traffickers and smugglers.