Right when all eyes were about to turn to how the Ethics Commissioner would handle the impossible task that the public would demand of him, he goes on leave. 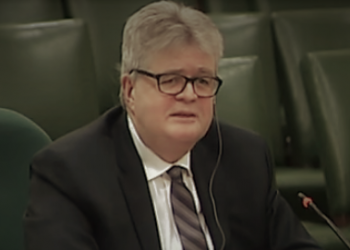 A man who was about to be thrust into the national spotlight has entered the news cycle for an unexpected reason. Ethics Commissioner Mario Dion has issued plenty of rulings since he was appointed over a year ago. While some of those rulings were newsworthy, the commissioner himself was not a big part of those stories.

The Ethics Commissioner had famously found that Trudeau’s vacation to the Aga Khan’s private island was illegal, a report that ended up being of little actual consequence, and did not even fully reveal the truth of the matter.

Being of little actual consequence is very common for the Ethics Commissioner’s rulings, which are kind of like a public shaming, but really not that public. Who has really ever cared about those?

A prime example of the commission’s toothlessness would be the time Trudeau was fined $100 for secretly receiving an illegal gift worth $300.

But the SNC-Lavalin scandal has been generating an exceptional amount of attention both in Canada and abroad. There have been news stories about this scandal published in all of the 19 other G20 countries, and I double-checked to make sure.

Right when all eyes were about to turn to how the Ethics Commissioner would handle the impossible task that the public would demand of him, he goes on leave.

To be clear, there is absolutely no reason to believe that the medical leave is not perfectly legitimate. We should now all respect Commissioner Dion’s privacy and wish him a full and quick recovery, as we continue to watch this historic scandal unfold.