Evacuation order given for Wabasca and Bigstone Cree Nation

The wildfire wrecking havoc across Alberta has now caused a full evacuation order to be given for the community of Wabasca Desmarais and Bigstone Cree Nation. 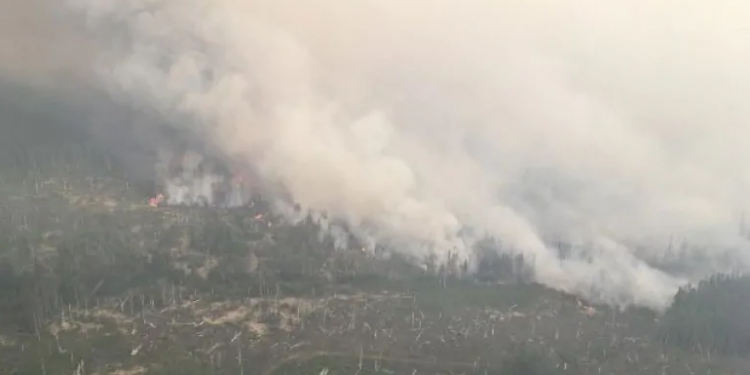 The wildfire wrecking havoc across Alberta has now caused an evacuation order to be given for the community of Wabasca Desmarais and Bigstone Cree Nation.

The rapidly spreading fires have caused the recently elected government of Jason Kenney to declare a public emergency, while the sister province of B.C. has been forced to issue an air quality advisory.

Earlier today, a red flag warning was issued for the Chuckegg Creek wildfire near High Level.

Almost 5,000 people from High Level and nearby First Nations have been out of their homes since the area was evacuated May 20.

You can view the status of Alberta wildfires by clicking here.