Erlick, a biological male who identifies as transgender, has posted on social media about sending gender transition hormones such as testosterone to minors. 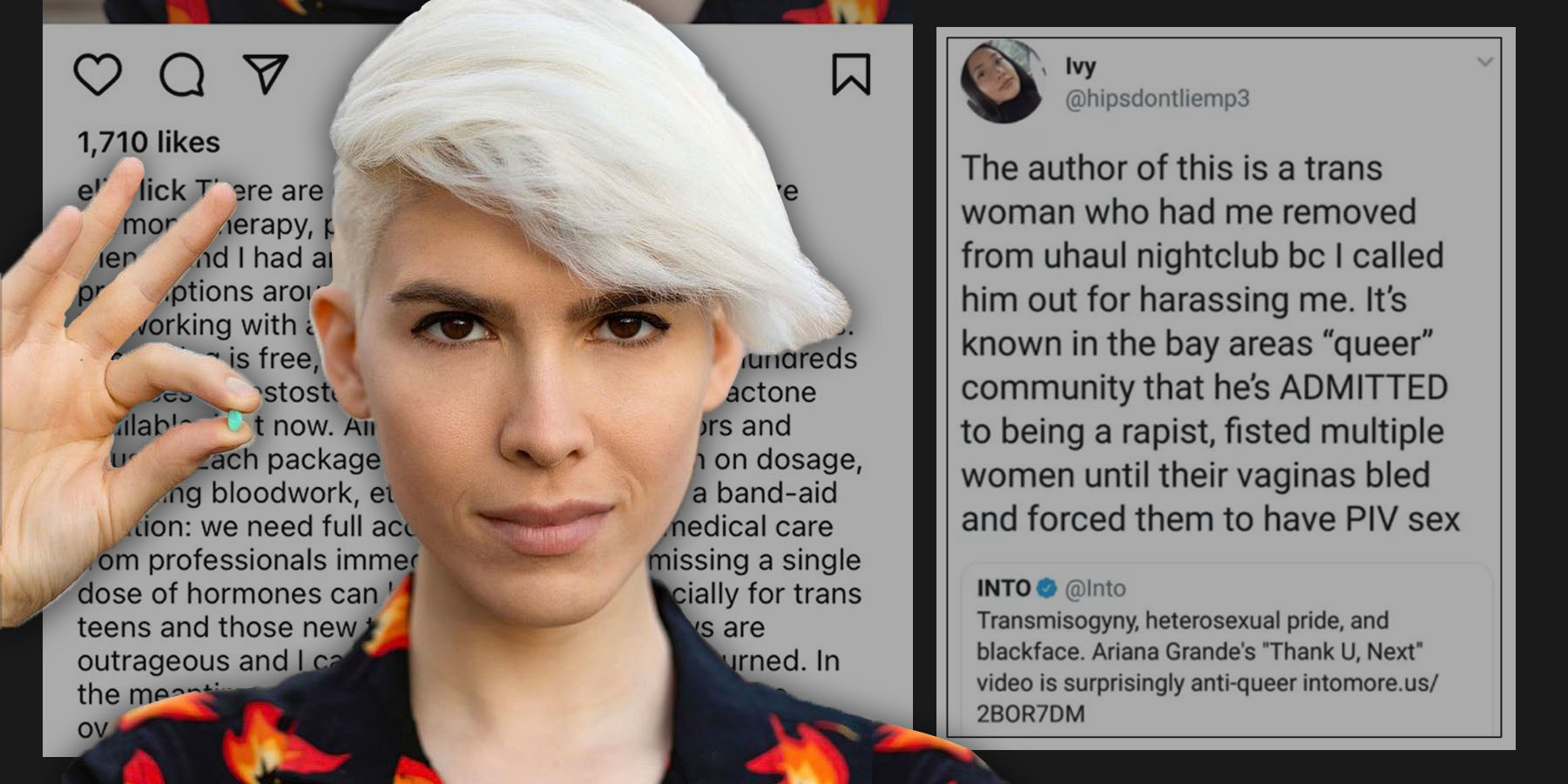 Since the popular Twitter page Libs of TikTok posted its original findings on trans activist and accused rapist Eli Erlick’s illegal drug trafficking scheme last Friday — and more on Sunday — even more evidence of a hormone-distribution scheme has been uncovered.

Erlick, a biological male who identifies as transgender, has posted on social media about sending gender transition hormones like testosterone to minors who can't access them since at least September of 2021.

Erlick even tagged Texas Governor Greg Abbott, who in March issued a directive to state health agencies that performing transgender surgery or hormone treatments on minors is child abuse.

In other screenshots, Erlick can be seen advertising a "network" of transgender people willing to send extra hormones to minors who don't have prescriptions or permission from guardians.

On Saturday, Erlick said the actions are akin to "sending lifesaving medicine to those without access."

United States Federal law 21 U.S.C. 841 makes it a felony to manufacture, distribute, or possess controlled substances with the intention to distribute without a legitimate medical purpose. Testosterone is a Schedule III controlled substance that is more strictly regulated than other prescription drugs for its potentially dangerous side effects.

The Daily Wire's Matt Walsh joined Libs of TikTok in asking followers to report the illegal drug scheme to the US Drug Enforcement Administration.

Besides illegally trafficking harmful drugs to children, Erlick has also been accused of rape by multiple alleged victims. A detailed report by Shay Woulahin of Reduxx Magazine uncovered the details of violent sexual abuse by Erlick.

One of Erlick's alleged victims described how she entered into an "emotionally and sexually abusive relationship with Trans Student Educational Resources co-founder and Executive Director Eli Erlick," when she began volunteering for the organization.

Danie Yun Diamond wrote in 2016 of how Erlick sexually abused her and attempted to silence her through a smear campaign. Yun said Erlick exploited TSER by "preying" on other young members of the transgender community. Yun committed suicide at the beginning of 2019, after an outpouring of online abuse by Erlick's followers.

Another woman said Erlick has reputation in the San Francisco Bay area’s LGBT+ community for being an admitted rapist and sexually assaulting women. Still more accusations have been documented on a Substack post by victims of Erlick.