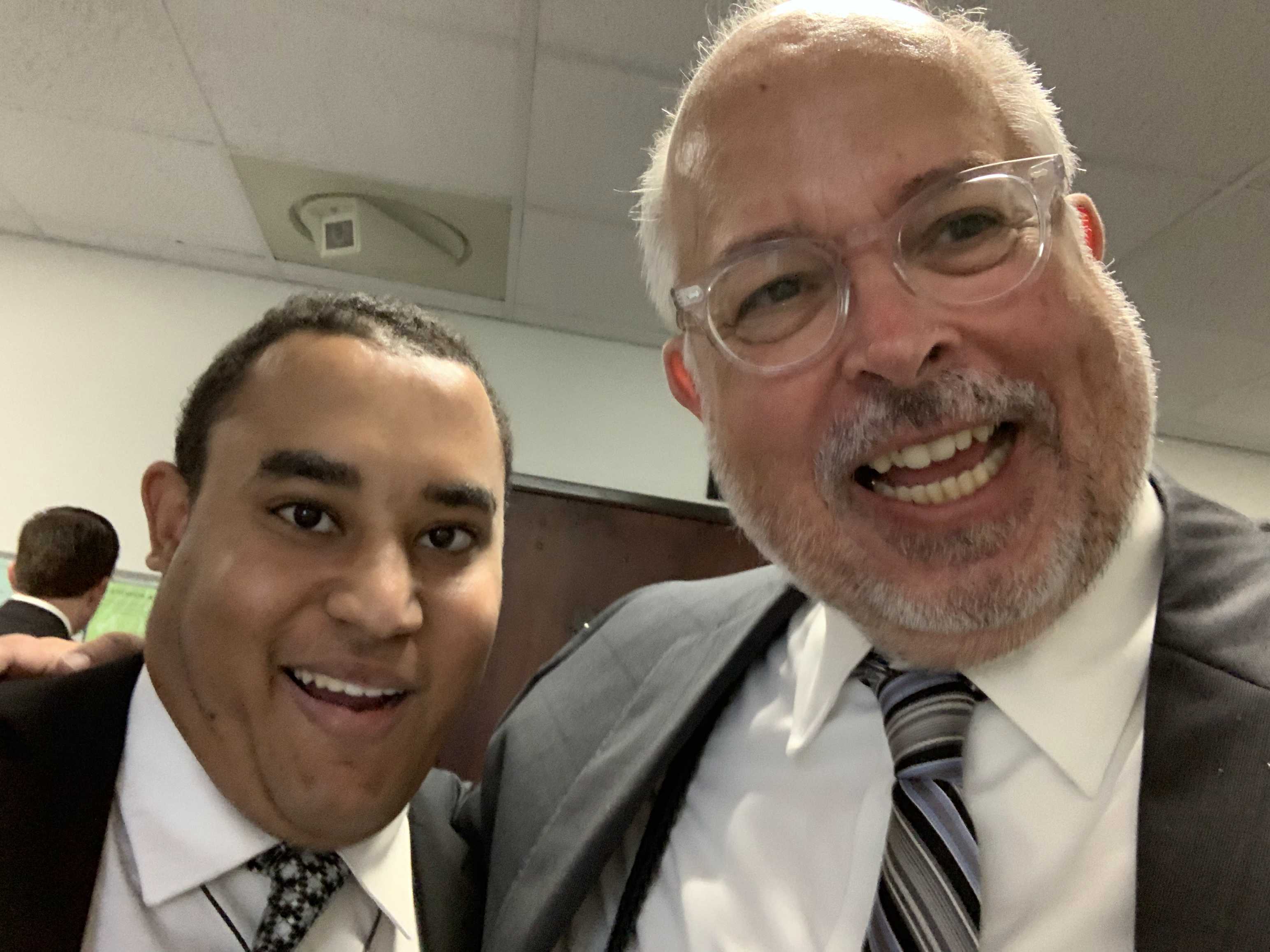 Marcus Knight—a student with autism, cerebral palsy, and learning disabilities—has prevailed in his lawsuit against Saddleback College, according to exclusive documents obtained this Sunday by TPM.

After being accused of sexual misconduct, Knight filed the lawsuit to clear his name.

Knight first came to national attention in 2018 after his attempts to make friends landed him in his college’s office for sexual misconduct (also known as a Title IX office). As a young man with autism, making friends has always been difficult for him, he told me.

One female student reported him because she was uncomfortable with Knight asking for fist-bumps, one of the “safe ways” he was taught to make friends, his mother said. Another student claimed Knight was looking at her weird and following her around campus.

And yet another woman complained that Knight had “over 300 photos” of her. (This was likely due to Knight’s cerebral palsy, which resulted in a motor tic as Knight attempted to press the “selfie” button on his phone with the woman, which was set to “burst mode”).

None of the three women who complained about Knight filed an official Title IX report.

Yet, despite this, and the fact that none of the women testified against Knight, the school’s Title IX Officer Juan Avalos still slapped Knight’s transcript with two Title IX infractions, possibly more.

The young women who reported Knight, Melissa Gold and Noemi Bueno Rojo did not respond to multiple media inquiries. Hannah Udall (now Torok), who also reported Knight for misconduct, initially said she would be happy to be interviewed but later declined.

In the initial suit against Saddleback College, Knight’s lawyer Mark Hathaway argued that Title IX officer Dr. Juan Avalos made unlawful errors during the investigation (such as not giving Knight an opportunity to defend himself).

One complainant, Melissa Gold, even declined to testify, saying she could care less.

“I have nothing to report. I don’t want to go over this any further. It’s done and I don’t go there (Saddleback College) anymore. This is irrelevant to my life now. I don’t care what happens officially at this point,” she told Dr. Avalos.

Later, Knight gathered 15 character witnesses to bring to his trial on campus. But Gold declined to testify and failed to show up. The hearing was called off. But somehow, Knight, then aged 19, still got slapped with two Title IX (sexual misconduct) sanctions.

These sanctions can be life-altering.

“We’re very scared. What happens when Marcus tries to transfer to a four-year university? Will the accusations follow him? I am terrified for his future,” Aurora Knight emailed me the night before the trial.

But last week, Knight went to court. The trial was short and Knight’s mother admits that she “didn’t really understand what was going on.” But shortly after, Aurora Knight messaged me: “We won!”

“The Court…  hereby concludes that the findings and sanctions issued by Respondents [Saddleback College and Juan Avalos] against [Marcus Knight] should be set aside,” the court ruled.

“He is smiling! After court Mark [Hathaway] took a selfie with Marcus. Then we told Marcus he could do a selfie too … he was afraid to do so. But we told him that it was ok, and he finally did!  He wants a fist bump and selfie party!”

“We fight for colleges and universities to treat everyone fairly so students do not lose access to education,” Mark Hathaway told TPM on Sunday.

“Saddleback College and Dr. Avalos are required to comply with the judgment and correct their records or be held in contempt and fined or jailed.  We fight for colleges to treat everyone fairly so students do not lose access to education,” Hathaway added.

According to Aurora Knight, Saddleback has 30 days to remove the Title IX sanctions from her son’s record, she was told. How this all happened? She doesn’t know. “He was a great kid in high-school. No problems. Marcus just wants to be like everyone else.”

After her son was accused, Ms. Knight set up a GoFundMe to help pay for Marcus’s legal fees. Since then, more than 300 people have donated roughly $14,000, only eight thousand shy of her goal.

“We just want to put this past us,” said Aurora Knight.

TPM reached out to Leticia Clark, District Director of Public Affairs, to ask a number of questions following these developments. Clark said she was unable to answer a number of my questions on the record because the case is still considered “pending litigation.”

This is an ongoing story. TPM is tracking developments as they happen.

Toni Airaksinen is a columnist for PJ Media, The Post Millennial, and a digital media strategist for kosher restaurants and small businesses. She graduated from Barnard College in 2018, and has also published in USA TODAY College and Quillette. Follow the author of this article on Twitter: @Toni_Airaksinen.