Speaking at an event at Mar-a-Lago on Saturday evening, Donald Trump slammed the Biden regime over the arrest of Ashli Babbitt's mother. 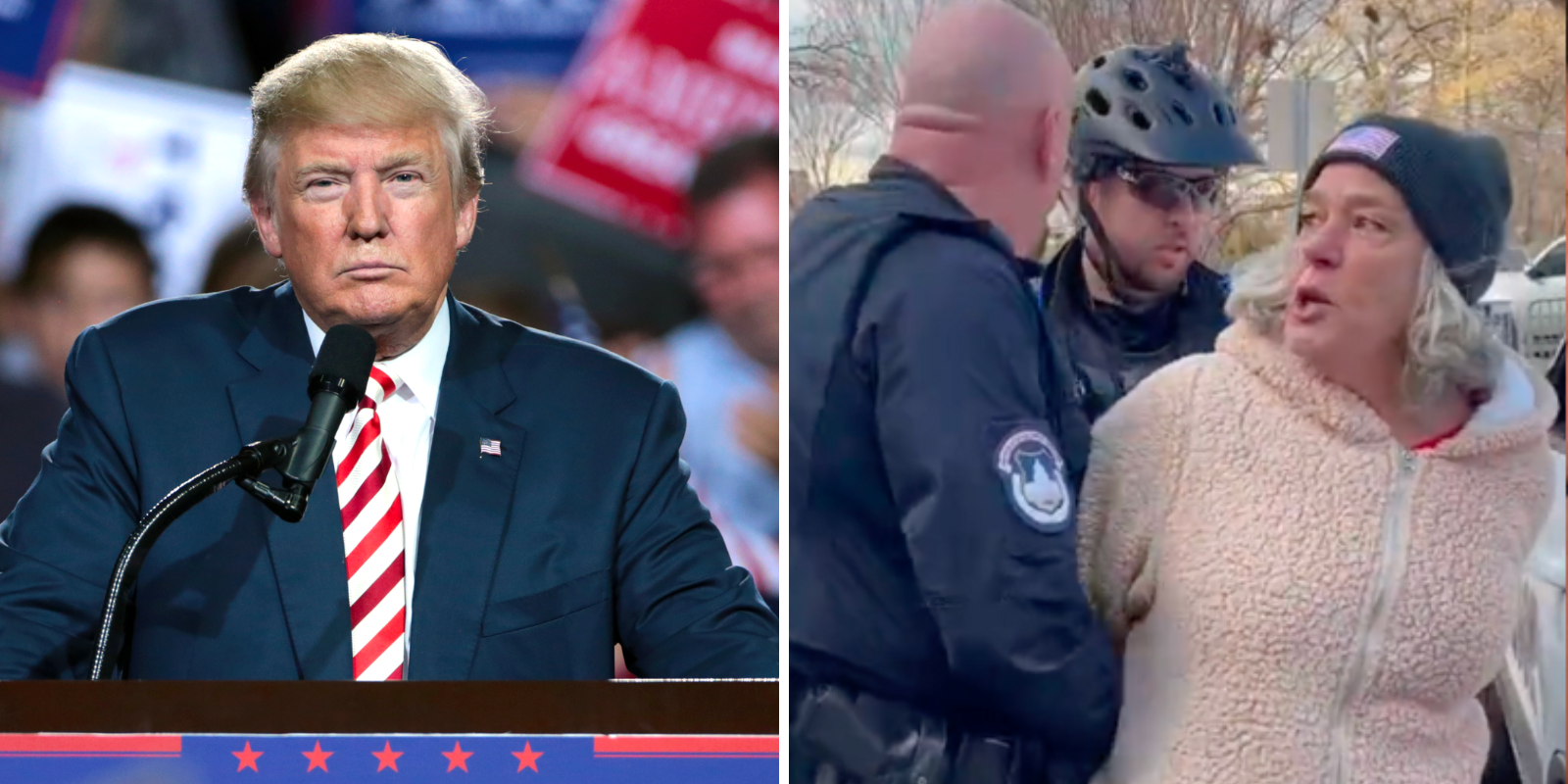 The Post Millennial
Jan 7, 2023 minute read
ADVERTISEMENT
ADVERTISEMENT
Speaking at an event at Mar-a-Lago on Saturday evening, Donald Trump slammed the Biden regime over the arrest of Ashli Babbitt's mother. Ashli Babbitt was killed by a United States Capitol Police officer on Jan. 6.

Witthoeft was arrested outside of the Capitol on Friday, the two-year anniversary of her daughter's death.

Trump brought up the arrest during a special CPAC event at Mar-a-Lago, pointing to the weaponization of law enforcement under the Biden regime.

"We have a weaponized country right now with law enforcement. It's a disgrace what's happening to our country. Ashli Babbitt's mother was arrested yesterday, because she was protesting the death of her daughter being shot by a lunatic who got a record of— not so good.

"And then they try and protect him and they do things— what they've done to that family. That they shot her, there was no reason, and then they arrested— because the mother was in a group— and they arrested yesterday the mother of Ashli Babbitt. So she loses her daughter and then on top of it, she gets arrested.

In footage circulated on social media by streamer Woke Societies, Micki Witthoeft was seen being handcuffed and taken into custody by multiple police officers while onlookers protested.

"You murdered [Ashli] inside the Capitol, now you're going to arrest her?" one onlooker said.

"I did not murder her daughter," one officer replied in front of the crowd of people.

On Jan. 6, 2021, Babbitt, an unarmed Air Force veteran, was fatally shot by Lt. Michael Byrd. while attempting to make entry into the interior of the Capitol Building.

According to The National Pulse's Raheem Kassam, Witthoeft was arrested for "jaywalking."