Alicia Lemieux Busch, who made the comments, serves as the campaign manager for Maple Valley school board candidate Haley Pendergraft. 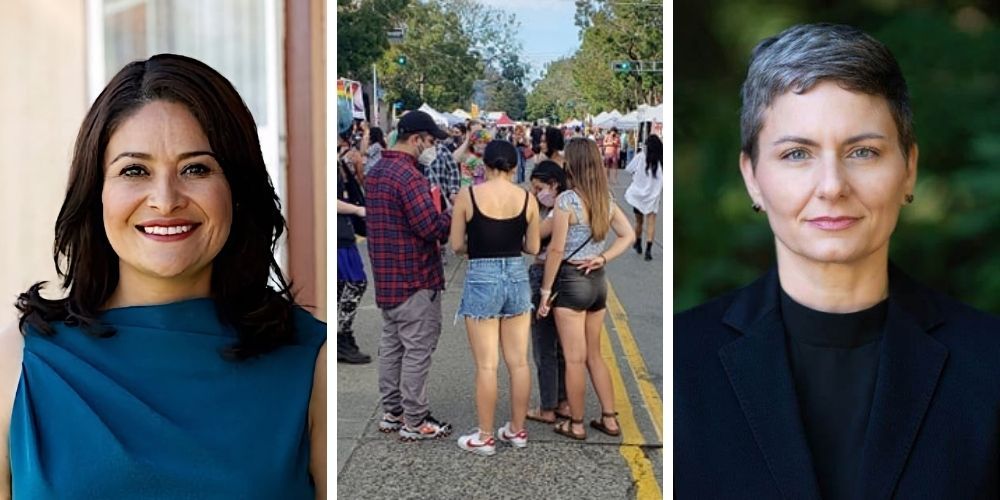 A member of a Tahoma, Wash. school district's Equity Support Team resigned recently after anti-white comments she made on a series of Tik Tok videos were made public.

Alicia Lemieux Busch, who made the comments, serves as the campaign manager for Maple Valley school board candidate Haley Pendergraft. Critical race theory and its place in Washington public school curriculum has become a major issue in the campaign.

Lemieux Busch said on TikTok, "You too can achieve the 'American Dream.' If only you work hard enough to conform to society's norms and by society, I mean, white supremacy, if you assimilate enough and if you reject, reject all of your non-American culture history background, generational drama, and just get over it so that you again can achieve the American dream, which is white supremacy."

In another video, Lemieux Busch appears to mock those who are concerned about critical race theory in schools and also have issues with the 2020 BLM riots.

Lemieux Busch is in another video with a title reading "Joe Rogan says giving into the woke mob will result in straight white men not being allowed to talk." In the video, Lemieux Busch looks at the headline and lip syncs to "…it's almost like. It's almost like that's the whole point." She then holds her finger up to her lips in a 'shhhh' gesture.

In another video, she lip syncs the words "I hate you so much right now," with a liner over the video which read "Watching folks in my community debate CRT and our worthiness of humanity has me like..."

"Dear white people," she said in another, "these freedoms or the impingement of freedoms that you were ranting and raving about, it's just silly. You've always had the freedom to do exactly as you please to only change for you is that, you're just now starting to see some consequences for being able to do whatever you please. And I understand that these consequences might feel like persecution, but I can guarantee you, it is not. Now being able to make choices without any accountability or consequences is not freedom. That is terrorism."

Lemieux Busch seems fond of lip syncing and is self-aware of her anti-white bias, because in another video she captioned "folx: ur racist towards white people," she then wrote "me:" and mouthed along with the line "Hold on. Let me get my glasses on so I can see. What is that? Oh, it's a b*tch."

The compilation ends with Lemieux Bush speaking in her role as Pendergraft’s campaign manager. "As I navigate this whole campaign management role, something that's really striking to me is how certain people in the opposition and opposition. I mean, anti- equity, racist people refer to themselves as 'taxpayers' and that public entities, um, elected officials and public servants are accountable to them as taxpayers. And what I'm wondering is given that the vast majority of us that participate in the systems that we have to live in are taxpayers, which one of us, which subset of us are they accountable to, and what are they accountable for? Is it for our lives? Is that for our humanity, is it to make sure that we have all the resources we need to survive and thrive, or are they accountable to make sure that your comfort is undisturbed, that your feelings are unheard? And you are unbothered."

Pendergraft did not return requests for comment but did post a video to her campaign Facebook page after the TikToks went viral. The candidate did not condemn the comments or distance herself from them. Instead, she spoke to Lemieux Busch's "experiences as a person of color in society."

"Her perspective to some may feel very raw and feel very abrasive, and that's okay. Um, But I think the biggest thing for people to remember is that this campaign, as much as I try to be very humble about things, but this campaign is about me. This campaign is about me being the person who is running for this position. And who was looking to sit on a board of directors that make decisions for the kids and for the Tacoma school district, I thought long and hard about the people who I wanted to work with in this campaign, and for me, Alicia, represents person who has different lived experiences than I do. I think there's great value in that."

Though the candidate did not distance herself from Lemieux Busch, following the backlash from the TikTok video compilation, the school district and Lemieux Busch decided to part ways.

On Friday, Mike Hanson, Superintendent of the district and Emilie Hard, Director of Equity sent a letter to the Tahoma School District which said, "The subject of the videos does not align with Tahoma's equity goals or with the sense of belonging that we're striving to create for each student, staff member and family in our community."

"This afternoon, the volunteer offered to step away from the Equity Committee. The district and volunteer agreed that her withdrawal from this group is in the best interest of our students and Tahoma community at this time. We will continue working toward a school system that is welcoming, supportive and safe for every student and every adult."