The funding for the machines comes after Canada experienced the most deadly year for drug overdoses on record. 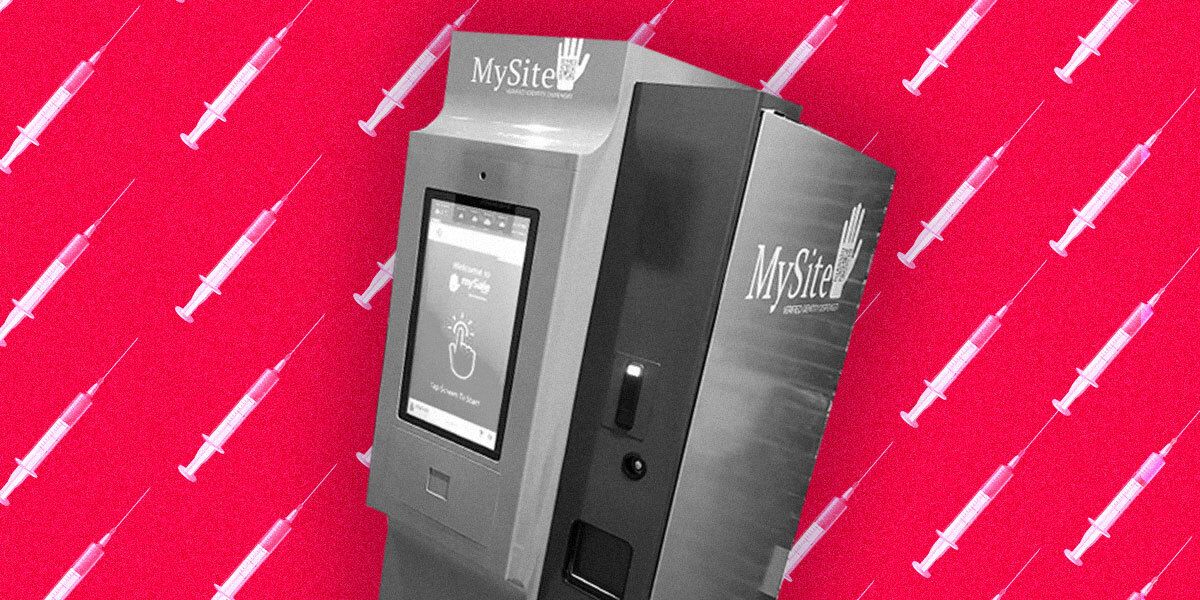 The federal government has spent $3.5 million on opioid-dispensing vending machines in four cities across Canada.

According to Liberal MP Darren Fisher, parliamentary secretary to Health Minister Patty Hajdu, two of the machines are located in Vancouver, while the other three are in Victoria, London, and Dartmouth, Nova Scotia.

"Safer-supply projects offer people with opioid use disorder a life-saving alternative to the toxic, illegal drug supply, but they are not always convenient and easy to access," said Fisher.

Fisher further stated that the machines, known as MySafe, will allow drug addicts to find safe drugs without fear of the stigma and shame associated with getting them. He also suggested that the lack of human contact will be safer during the ongoing coronavirus pandemic.

The first MySafe machine in Canada was set up in Vancouver's downtown eastside in 2017 next to a local overdose prevention centre. The area is known for large groups of drug users crowding in the open, and streets littered with heroin needles.

The machines are bolted to the ground and drug users require approval from doctors before they can make use of them. They dispense hydromorphone pills, which is considered a safer substitute for heroin.

Funding for the machines comes after Canada experienced the most deadly year for drug overdoses on record. After a decline in opioid-related deaths in 2019, the number skyrocketed 40 percent in 2020 as Canadians were confined to their homes during the pandemic. Over 17,000 Canadians have died of drug overdoses since 2016.

While activists and politicians have lauded the introduction of the machines, health experts are more skeptical about the concept of "safe supply."

Dr. Rob Tanguay is the President of the Alberta Pain Society, as well as a Medical Lead at Alberta Addiction Education. In an interview with The Post Millennial, Dr. Tanguay expressed concern over the introduction of opioid vending machines.

When asked about the scientific evidence showing the effectiveness of these machines, Dr. Tanguay said that there is seemingly none.

Another concern is related to the lack of relationship an addict can have with a vending machine. Part of treatment involves counselling and supervision, and without these safeguards, safe supply can become dangerous. "Remember, the treatment for addiction is relationship, or as often mentioned, the opposite of addiction is connection. You're not going to build a relationship with a vending machine. You're not going to have connection with, with going to that, and I think that's one of the dangerous parts of it," said Dr. Tanguay.

"Imagine if we put the time and resources into this that we've put into COVID and it doesn't make sense. So instead we're looking for cheap ways of doing things," he continued. "And this just talks about the absolute stigma, the absolute discrimination towards this group of people, and many people are just pulling at straws."

Dr. Tanguay additionally expressed concern over the apparent abandonment of treatment as an end goal. "I'm actually quite disgusted by the concept that we've given up, that we can't help these people... The problem is we've never optimized help. What happened to building therapeutic communities? What happened to residential inpatient treatments with addiction medicine, working there, where they got their opioid agonist treatment during an evidence-based realm, but also got addiction and, and trauma therapy and all the other therapies under a roof for a year, not for a month? I mean, I can't stop chewing my nails in a month and we're going to expect someone to change their entire life in 30 days or 40 days. It just isn't going to happen. But nobody wants to put money here."

According to the Canadian Journal of Addiction, "[addiction] medicine specialists practicing in communities where patients are being prescribed a flexible safe supply have reported a marked increase in the availability of illicit, diverted hydromorphone, serious infections in patients receiving 'safe supply' medications, and most concerningly, patients requesting 'safe supply' medication with less interest in evidence-based opioid agonist  therapy models of care."

"We have grave concerns about this model and the risk of harms to patients and communities. Prescription hydromorphone is associated with considerable risks when used intravenously including skin ulcers, cellulitis, blood clots, endocarditis, abscesses, and blood infections, " notes the Journal.

The article notes that the opioid crisis in Canada began with the introduction of Oxycontin to the drug market, which was initially said to be a safe and non-addictive opioid prescribed to those suffering from pain, but ultimately led to a wave of opioid addiction across the country. In the United States, the problem posed by prescription opioids has been arguably worse.

"Individual providers who engage in off-label prescribing, outside of existing guidelines and practices need to be aware of the potential risk of criminal, professional, and medicolegal liability should harm come to their patients, or to communities," the article continues. "Remember how this crisis started in the first place? Are we willing to repeat history again?"

Mental illness and drug addiction are often considered to be stigmatized by society. Many argue the installation of these vending machines may only exacerbate the stigma and dehumanization of people suffering from addiction.

"It absolutely comes down to discrimination and prejudice against the population of people suffering with addiction. That's what it really comes down to. This is beyond stigma. This isn't just stigma. This is flat out discrimination and prejudice. And in many cases, maybe just pure systemic racism," said Dr. Tanguay in relation to the stigmatization of addiction.

Addiction has seemingly become a distilled issue within Canadian society, separate from how we perceive other illnesses. It remains to be seen whether these machines better or worsen this perception. "I know that we can treat PTSD, we can treat underlying trauma. We can treat addiction. And this idea that these people are palliative and they don't deserve treatment is so disheartened, just so sickening," said Dr. Tanguay.

According to Dr. Tanguay, this perception is also embedded in the system. "Imagine how dejected that person feels when they finally get enough strength inside of them to say, 'I'm ready to go ask for help' and they get turned away. Imagine if you have cancer and you go in and say, I think something's wrong. And they say to you, nah, we're full come back tomorrow."

The federal government has not specified the future plans for this rollout, other than merely installing these machines. This is an additional concern for Tanguay.

"If somebody said to me that was the plan, 'we're going to roll out this just to try to keep people alive, while we roll out the next phase of helping people get help and treatment and everything else,' I'd be all over it," insisted Dr. Tanguay.

"It was kind of what was supposed to be the plan. This is what a lot of other countries in Europe did. They opened up heroin assisted therapies and all these other treatments and these kind of harm reduction processes. But while they were rolling out massive treatment protocols, we just kind of stopped. We decided we're not going to treat anyone. Maybe the feds are going to say, 'well actually it's not our job to treat, it's up to the provinces to make that decision.' So now we're just going to pass the buck. We're going to blame somebody else," he continued.

"I want to be very clear. I'm not against harm reduction or vending machines or supervised consumption. I would like to see the vending machine in the supervised consumption facility where they can get it, use it there, see people and talk to people. That would be the ideal process and my belief, but even then you can't just do that. You can't just leave it there," concluded Dr. Tanguay.

The apparent abandonment of the four pillar model continues to concern experts and it is unknown whether the federal government will indeed expand this plan in the future.