The listing for the Washington state position did not have the COVID vaccine listed as a requirement but did require “Candidate can reside in any state except WA.” 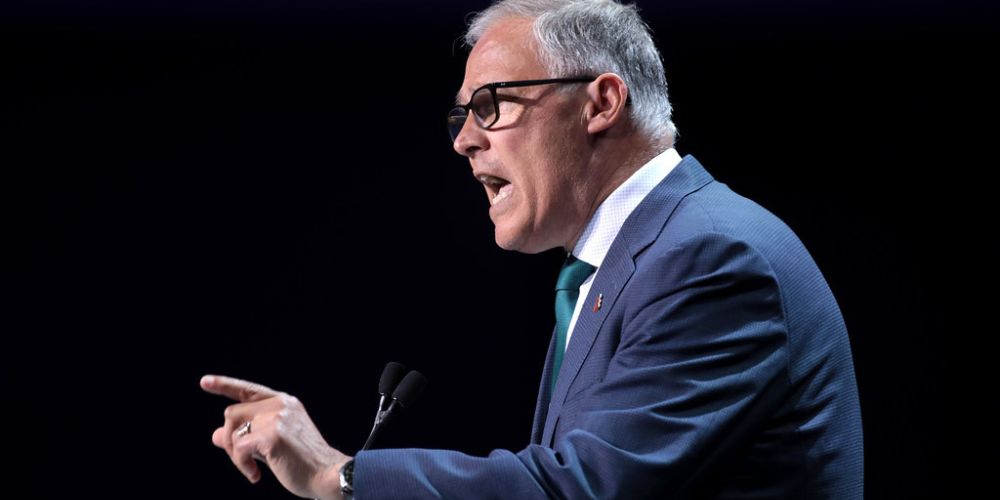 Ari Hoffman Seattle WA
Dec 1, 2022 minute read
ADVERTISEMENT
ADVERTISEMENT
As crippling labor shortages continue to plague Washington state agencies following terminations due to Democrat Governor Jay Inslee’s COVID vaccine mandate, the state has once again turned to outside agencies for help, including out of state employees, but does not require the employees of those agencies to be vaccinated.

Inslee relaxed the mandate for first responders, health care and education workers, but left it in place for many other state agencies including the Washington State Patrol, who provide his protection detail, and the Department of Transportation.

Both were hit very hard by the vaccine mandate as many employees who failed to comply were terminated. The state ferry system is still suffering delays, alternate schedules and cancelations due to the mandate and over 2,000 people lost their jobs with the state.

On Wednesday, Inslee announced a partnership with Kitsap Transit to partner with Washington State Ferries in ensuring additional ferry services would be available to the community even though Kitsap County does not have a vaccine mandate for their employees.

The move was reminiscent of Washington state securing “a private contractor” to clear roads during a massive snowfall in January regardless of their vaccine status.

Kittitas County at the time had offered to help clear the roads but they were denied by the state because the county did not mandate vaccines for their employees.

The listing for the Washington state position did not have the COVID vaccine listed as a requirement but did require “Candidate can reside in any state except WA.”

According to a statement from the office of the secretary of the Washington Department of Social and Health Services, “This listing is not for state employment. It is a listing by a private company that currently has a temporary contract with our department.”

Many have criticized Inslee continuing to mandate the vaccine for state employees. In August, Inslee dropped the booster requirement but said all state employees must still be fully vaccinated with the two-shot regimen of Pfizer or Moderna, or the single-shot Johnson & Johnson vaccine.

The governor attempted an incentive program using taxpayer dollars after unions objected to the vaccine mandate but, according to recent data, most employees declined to particpate.
ADVERTISEMENT
ADVERTISEMENT
Untitled_design_-_2022-12-01T000353.836