Six players have spoken out against the NHL's decision to cancel playoff games in solidarity with the BLM movement. 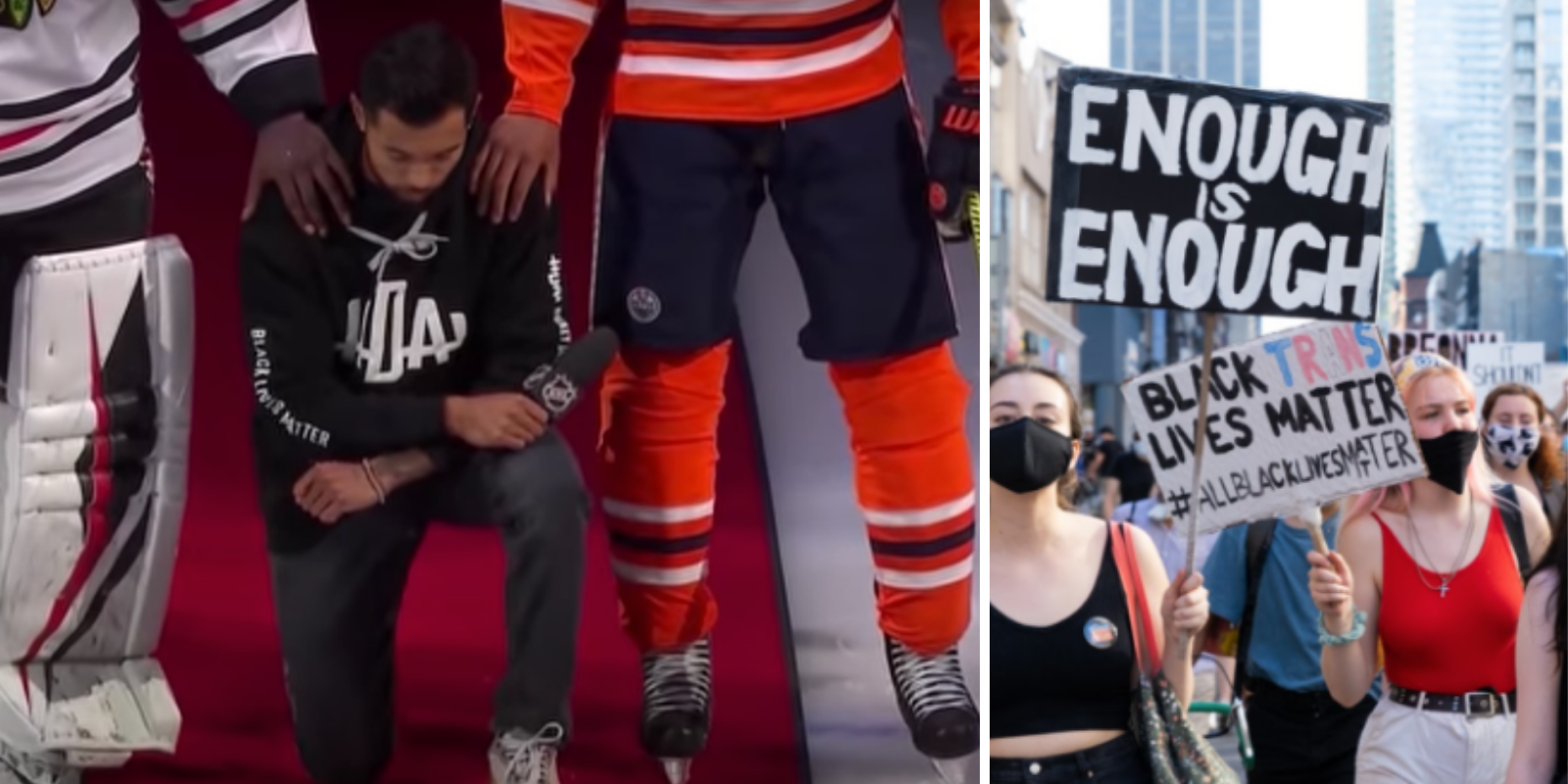 Two current players have expressed concerns over the NHL's decision to cancel playoff games in solidarity with the BLM movement.

These players currently play within "the bubble," which is a zone established by the NHL to keep teams safe from the coronavirus pandemic throughout the league's playoffs.

The first NHL player said that they didn't play on Thursday and Friday "because they have to. If you say something, you’re a racist."

"Guys aren’t racist, they want to support the black players in the league," continued the player. "Journalists are turning sports political by using it as a political platform. I don’t understand what this does."

The second NHL player said that there are "lots of different emotions involved. It's hard to be in other guys’ shoes, but we all know that [not playing] is not going to solve anything."

"We had already agreed upon playing in the East but we found out that a couple of guys didn’t want to play and others wanted to have their back," he added.

"A bunch of guys with different backgrounds are being painted with the same brush [by the media]. Everyone is their own individual. It’s scary."

On Thursday, the Hockey Diversity Alliance demanded that the league suspended all playoff games in solidarity with Black Lives Matter after the shooting of Jacob Blake.

The NHL's decision to play playoff games on Wednesday drew criticism as other professional sports leagues chose to postpone their games. Evander Kane, who plays for the San Jose Sharks, called the "NHL's lack of action and acknowledgement ... straight up insulting."

The NHL initially committed to holding a "moment of reflection," but later agreed to postpone the playoff games on both Thursday and Friday. This was a "players' decision," said one Colorado Avalanche player.

On top of this, the Hockey Diversity Alliance has also requested for NHL rinks to be used as polling stations; that the league should be transparent in their hiring practices, and for the blue line to be changed to a black line.

They are also asking that the league should donate $100 million over ten years in order to fight "systemic racism," alongside a proposed "blackout" warm-up jersey to help build awareness of their cause and its agenda.