A sergeant with the Seattle Police Department, a member of the LGBTQ community, sent a heartbreaking email to Seattle Pride Saturday after Capitol Hill Pride banned Seattle police officers from participating in this year's march and rally. 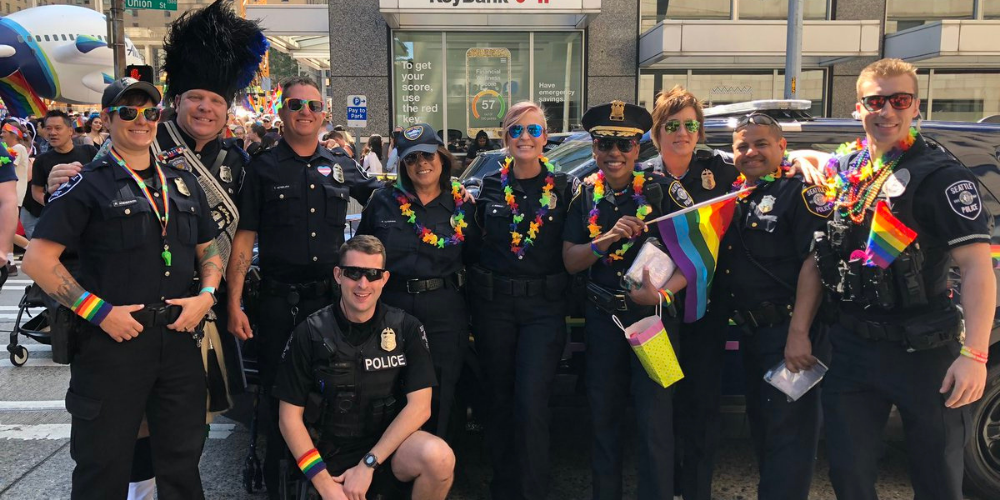 A sergeant with the Seattle Police Department, a member of the LGBTQ community, sent a heartbreaking email to Seattle Pride Saturday after Capitol Hill Pride banned Seattle police officers from participating in this year's march and rally.

"Hello my name is [omitted]. I've lived and worked in Seattle for almost 20 years. I have absolutely loved the community the city gave me when I moved here after college from a small town," the sergeant said in an email obtained by The Post Millennial.

"My disabled military veteran husband feels the same way. Pride to us was a monthly reminder each year of the great fortune we have and a chance to show thanks to the previous generation of gays, lesbians, trans for their work and sacrifice making the world more accepting to our folks," he continued.

"The world has shifted in such a positive way towards the LGBTQ community and become so much more accepting that my husband and I were able to achieve our life long dream of adopting two babies," he added. "They are both children of color from that came into our lives from the foster system. I wanted to be able to teach them the values of acceptance, respect, diversity, and inclusion that your organization values."

The sergeant, an 18-year veteran with the Seattle Police Department, acknowledged that he has spent countless years fighting for the rights of the LGBTQ community and slammed the event organizers for barring SPD from participating while still asking for police presence at the event.

"However, I am a sergeant with the Seattle Police department. Your organization has taken the stance that no one in our organization is welcome to join in this years Pride celebration. I have personally spent my career, about 18 years now fighting for the rights of our community. To keep us all safe and to make the world a better space," he fired back at the event organizations.

"I have worked to support queer youth, worked as a gay liaison officer and current patrol on Capitol Hill to ensure I can impact our community in the best possible way," the sergeant continued.

"I could not be more disappointed in what I and many LGBTQ officers feel is your blatant hate that is illustrated in your actions," he said. "Further the hypocrisy of not allowing us in the parade but then asking for our protection from a far in the case someone treats you as you have us."

"These are my thoughts alone, I cannot speak for the department. I wish your organization the strength to do what’s right in the future," the sergeant concluded.

Capitol Hill Pride announced their decision to ban Seattle police officers from participating in this year's events in a statement Friday, saying it will ask SPD to remain on the perimeters of the event for protection against potential hate groups.

"We feel the best way the police can do their job is on the perimeter watching for violators, hate groups and potential disruptions and uphold the new Washington State ban of open carry firearms at demonstrations instead of creating an intimidating police presence," the statement reads.

Organizers of the event cited events from last summer between protesters and officers, as well as "ongoing concerns of white supremacy views" in the Seattle Police Department, as their decision to ultimately ban officers from participating.

"To the safety and courtesy of the LGBTQ and diversity community as well as the general public our responsibility is to present a safe event and is dedicated to creating an atmosphere free of fear or harm for members of the community," Capitol Hill Pride directors Charlette LeFevre and Philip Lipson said in a release.