According to anonymous sources that were present at the training, topics of discussion for the program were: Intersectionality, Racial Stress and Healing Centered Engagement among others. 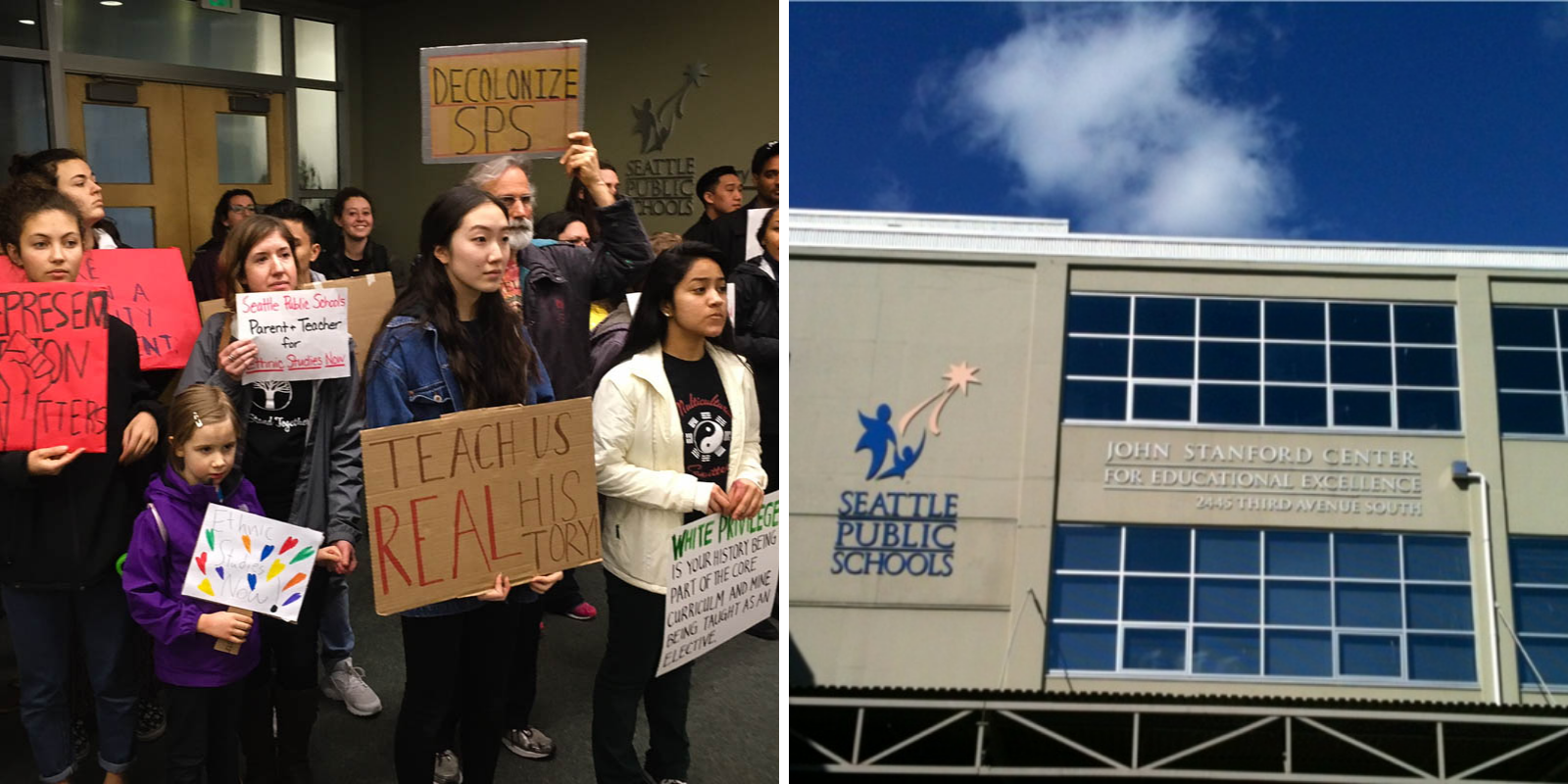 "We live in a culture based on white supremacy." That statement was made by "specialists" invited to the Partnership Committee TRI Day District Directed event on Understanding and Dismantling the Racial Contract hosted by Seattle Public Schools (SPS) for certified staff on Monday, August 31 to discuss Racial Equity & Anti-Racist practices.

According to anonymous sources that were present at the training, topics of discussion for the program were: Intersectionality, Racial Stress and Healing Centered Engagement among others.

Having sampled some of the curriculum brought into their homes during online learning last year, parents are still deciding if they should send their kids back to public school or seek alternative educational opportunities.

Each day of the SPS training for staff began with the following slide asking for "…a moment of silence to remember and acknowledge those, specifically in the Black community, who were murdered at the hands of those upholding White supremacy, including the police."

Seattle Public Schools, rather than spending the summer preparing for in person learning, has spent the summer creating a curriculum that discriminates against anyone who does not agree with the premise of the controversial and historically inaccurate New York Times "1619 Project" and wants everyone to "…recognize that the United States was built off the stolen labor of kidnapped African and enslaved black people's work, which created the profits that created our nation."

According to the Wall Street Journal even "fair-minded liberals are alarmed that high schools are drawing up plans to teach the '1619 project,' the New York Times' revisionist account of race and the American founding, in history classes."

The Seattle curriculum appears to be mimicking California's ethnic-studies bill known as AB 331. According to the Journal "the state department of education put forward a model curriculum so extreme and ethnocentric that the state Senate’s Democratic supermajority balked."

However, "protests and riots in recent months gave Sacramento's mavens of racial division more leverage. The education department delivered a new draft model curriculum this month, and AB 331 has been revived. It passed a Senate committee Aug. 20 and is expected to go before the full body soon. If Gov. Gavin Newsom signs it, the legislation would require all school districts to offer a semester-long ethnic studies class starting in 2025."

Slides as part of the Seattle training session, accused teachers who have difficulties with aspects of the Black Lives Matter movement of having "…no real understanding of what social justice is, and what it truly means to love, find joy and appreciate their students, and their student’s culture."

Leftist activist Kimberle Crenshaw’s divisive theories on "intersectionality" were prominently featured as part of the program.

For the uninitiated, the divisive intersectional theory ranks people based on their color, race, religion, class, sexual orientation and more.

Whites are apparently at the bottom of the intersectional ranking as the misogynistic slides called out "White lady tears" for being often "expected, defended, or centered" and that they use their womanhood "…to get protection when [they] feel unsafe." White women seem to only outrank white men on the scale.

As asked by the next racist slide "Why center race when thinking of students' intersectional identities?" Because "We live in a race based white supremacist society."

According to the Journal's editorial board "Enforced identity politics and 'intersectionality' are on their way to replacing civic nationalism as America's creed."

One teacher who anonymously dared to push back against the racist curriculum, was attacked in the comments section by the majority of fellow educators and called a racist.

Some teachers worried how many students would learn from that educator. Following the reaction to the few comments who disagreed completely or with selective parts of the curriculum, those who disagreed seemed to be shamed into silence.

The single contrary comment merited an email being sent out by Denise Juneau the Superintendent of Seattle Public Schools to all staff:

Given that the overwhelming majority of teachers were in favor of this biased and factually incorrect activist curriculum, the worksheets are troubling.

The Seattle Public School system appears to be more interested in indoctrination of their students towards their intersectional and divisive ideology than teaching math, science and accurate history. An educator should present the facts and let students for their own opinions but instead SPS is encouraging staff to project their ideology onto students.

Of course no modern day curriculum would be complete without further reading of extremists and activists with fringe opinions and questions for reflection and to encourage the indoctrination of students to the prescribed ideology such as:

"How are you anti-racist outside the classroom?

"• In what ways are you practicing anti-racist pedagogy?

"• What are some community orgs and resources supporting your students?

"• How do you talk about the current social justice movements taking place?

"• With one or two of your identities in mind, what triggers you?"

Parts of the curriculum seem to mandate student political activities, potentially raising First Amendment concerns. Parents who have long sought to have their students return to the classroom, now having seen the extremist views being taught to their children in their own living rooms during online schooling, may now be faced with the difficult choice of finding alternatives to a free education or risk losing their children to indoctrination of a specific political ideology.