"I told my male roommate a thousand times I can see his penis and whole package through his panties. He walks around in bra and panties, not properly dressed." 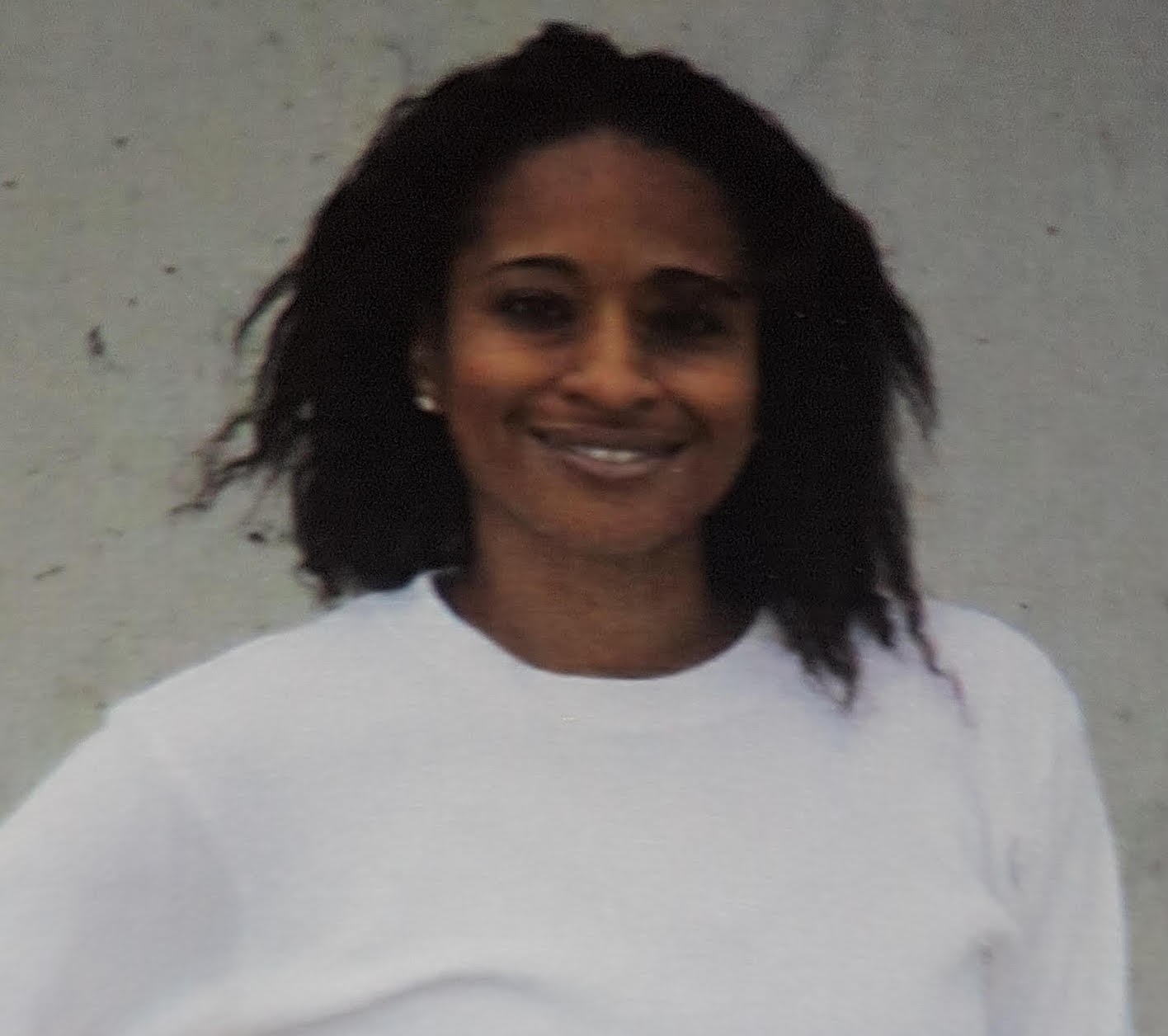 Tomiekia Johnson is a prison journalist. She has received recommendation for early parole (commutation), which has been accepted and acknowledged by Governor Gavin Newsom, though a date has not been determined.

California senate bill SB 132 gives convicted rapists access to incarcerated women's bodies in women's prisons. This bill is a nightmare piece of legislation that allows men to be housed with women, many who have experienced male violence firsthand, in the Central California Women's Facility (CCWf), where I am currently, and in the California Institute for Women (CIW).

Once inside, these men commit violence against women, they become bathroom and shower peeping toms, women become pregnant, and men who identify as women fight over condoms. This is happening in every state in which laws like SB 132 have passed.

Incarcerated women were not consulted on whether or not men should be housed with them in prison. We were left out of a life-altering discussion that ultimately resulted in our being housed with violent, predatory, criminally convicted men. Women who have suffered abuse at the hands of violent men in their personal lives now must navigate prison life with men who are consistently drunk and high. The men who claim to be women like to party, grow beards and mustaches, and gang-bang on women.

These men are routinely prioritized for medical treatment, as well. One of my peers, who is housed with a male roommate in her cell, has been hoping for a breast reduction. The state does not provide adequate undergarments, but ones that deform and indent her shoulders. She has a poor gate from the burden, a bad back, and has requested a reduction. Instead of receiving one, she has watched men who claim to be women get breast augmentation surgeries at the expense of the state.

"A man can say my feelings are hurt because 'I don't have breasts' and boom! He got breasts," she told me. "The men get preferential treatment, and get called a 'ma'am.' I've never been called 'ma'am' and I'm a woman. He's not even a ma'am, he is a Mister! Period!"

She said the men should be housed at Valley State Prison, not Central California Women's Prison. When I broached the state's perspective, that men who claim to be women are being discriminated against when they are housed in men's prisons, she said "It's not 'discrimination' if their women go with them. They're supposed to be gay but get housed here and get women," she said. "They can house them on one yard since VSP is already a special needs prison."

"This sh*t is weird," she said. "I told my male roommate a thousand times I can see his penis and whole package through his panties. He walks around in bra and panties, not properly dressed. If I were to walk around in what I'm comfortable in, I would be told to be properly dressed."

This is not her first male roommate, either. "I had this man in my room who peed outside on the tree because he couldn't hold it and the staff didn't say a thing. If I had pulled down my pants because I didn't want to mess up my clothes, I would've been written up, arrested, and had to register as a sex offender when I got out."

This is a harsh double standard.

Another woman, Lene, was once in a physical altercation with one of the men who claims to be a woman. Lene described an old incident -- that one of our mutual peers referred to as "a bloodbath." Lene related that she and a group of women were totally alarmed and disgusted when they learned one of the first men to be housed in CCWf was a convicted rapist who manipulated his way in by mutilating his penis.

These disturbing facts played a pivotal role in why the group felt they had to protect their community from him.

Unlike staff who wait for women to be raped and beat up by these brutes, they chose to be proactive and stop him before he could attack an unsuspecting woman.

Lene said the group of women approached the undesirable male inmate in a common area of one of the housing units on B Yard (507). They threw and landed a barrage of punches. The melee was nearly deadly, leaving the undesirable inmate bloodied, broken-boned, and in Lene's words, "dead on arrival."

Other inmates recall medical professionals saving his life. That was over a decade ago, and Lene's feelings about groups of men infiltrating the women's facility, with over 300 more in the queue, are understandably more angry than before.

I periodically catch Lene swinging a mop to freshen up the day room (a space where incarcerated people congregate). Incidentally, a man moved into our unit days ago. He came up from CIW's Administrative Segregation on rape allegations. Lene said her new approach was to go to the new undesirable and tell him "you have 30 days to move out this unit." Straight faced.

Lene was freshening up the day room with a mop when she told me about a man who recently moved into our unit after having been moved from California Institute for Women on rape allegations. Lene walked up to him, straight-faced, and told him "you have 30 days to move out of this unit."

Days later I saw the man creeping around the day room launching random odd remarks at women. He told a woman I was talking to "shoes untied." She frowned, we walked off, and he sped walked to the officer station to check on his bed move. Minutes later he was moving, pulling a cart of his property, and had a couple near misses—almost colliding into women standing around.

Lene comfortably swaggered over and whispered in my ear, "two moves in less than a month gets you moved out the building." Boss.

Usually, this goes the other way, and it's the men who force the women to move. Men can easily sue the overcrowded women's prison, which hovers above 110 percent capacity, to gain their own space.

I have seen instances where men were able to evict women out of their eight-woman cell and able to declare single-cell status, just for one man alone. Once, two men were rewarded with their own eight-woman cell after they had a fistfight with each other.

I remember operating as Inmate Advisory Council Yard Chair, walking by one of the men's cells to make announcements. The squalor of his cell was a horror. There were clothes, empty bottles, and trash sprawled about the one-man-occupied eight-woman cell—so much junk that I could barely see the stocky, brown-limbed man sleeping in. I saw a look of disgust on a woman's face walking by.

She said quietly what I was thinking: "we would never be allowed to live like that."

With the growing societal uproar from high-profile people like JK Rowling, rapper 50 Cent, singer/writer Elizabeth Hummel etc., more attention has been brought to the fact New Jersey DOC's Edna Mahan Correctional Facility for Women settled a $21,000,000 class action suit brought by 22 women who suffered assaults and abuse by prison guards and inmates. Several women were sexually assaulted, as there is no consensual sex in prison, and later gave birth to babies fathered by transgendered inmates.

It would behoove Newsom and Wiener not to turn their backs on the disaster that is brewing in CCWf. We women are losing hope, the opportunity for rehabilitation, and a decent quality of life. They have slept on the harm being done to incarcerated women far too long.

Research conducted by Women's Liberation Front (WoLf), who is representing a group of women housed in CCWf in a lawsuit to protect the constitutional rights of all incarcerated women, shows that a third of these convict men are convicted rapists. Additionally, many of these men have either raped or have been accused of rape since they invaded the women's institutions in January 2020.

These are the men who are housed with us.

SB 132 has made it possible for biological men from maximum security men's prisons to have the right to falsely claim they are women so they can serve the rest of their sentences, often life sentences, in the less restrictive women's prisons.

Women in CCWf have begged Governor Newsom, Senator Scott Wiener, who authored SB 132, CDCr Secretary Kathleen Allison, and CCWf Warden Michael Pallares to recall SB 132 and remove men from California women's prisons. If they cared about the women they imprison, they would allow us to serve our time without these threats, and in peace, instead of torturing us like this.

Supporters are organizing a campaign to get Johnson out of prison. From Tuesday, January 31st through Thursday, February 2nd, they are conducting a phone, email, social media, and letter-writing campaign designed to amplify Tomiekia’s story so that administrators at Central California Women’s Facility (CCWF) grant her parole which is much overdue.