Facebook admits its 'fact checks' are just statements of opinion

"Essentially what Facebook and Mark Zuckerberg are doing here — they are declaring themselves sovereign," Jack Posobiec said on Human Events Daily. 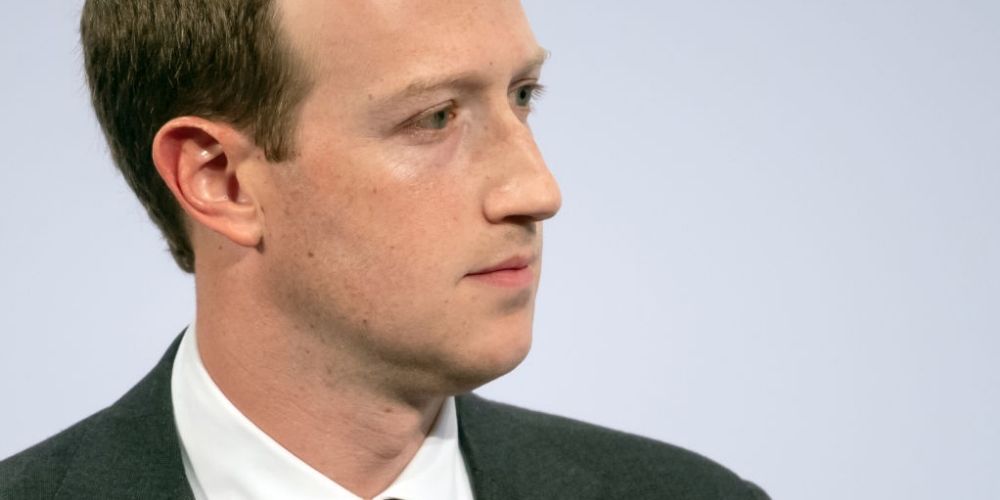 As part of an ongoing court battle between Meta, formerly known as Facebook, and John Stossel, a libertarian television presenter suing the social media giant for defamation over it's decision to add "fact check" labels to two of his videos on climate change, Meta revealed that the third party "fact checks" are merely "opinion."

In response to Meta's claims that fact checkers are expressing opinion, Human Events Daily's Jack Posobiec stated that the move on Meta's part "by declaring this opinion, they are saying we are not bound by law."

"We are not bound by 230, we are not bound by defamation law, we can do as we please as we see fit. Essentially what Facebook and Mark Zuckerberg are doing here — they are declaring themselves sovereign," Posobiec said.

In the opening pages of Meta's court filing, it states that Meta relies on independent fact checkers "to identify, rate, and analyze potential misinformation on the Facebook platform."

"The independence of the fact checkers is a deliberate feature of Meta's fact-checking program, designed to ensure that Meta does not become the arbiter of truth on its platforms," the court filing states.

"Beyond this threshold Section 230 problem, the complaint also fails to state a claim for defamation," the court filing continues. "For one, Stossel fails to plead facts establishing that Meta acted with actual malice— which, as a public figure, he must."

"For another, Stossel's claims focus on the fact-check articles written by Climate Feedback, not the labels affixed through the Facebook platform. The labels themselves are neither false nor defamatory; to the contrary, they constitute protected opinion," the court filing states.

"And even if Stossel could attribute Climate Feedback's separate webpages to Meta, the challenged statements on those pages are likewise neither false nor defamatory. Any of these failures would doom Stossel's complaint, but the combination makes any amendment futile," it adds.

The court filing states that one of Meta's independent fact checkers is Climate Feedback, which has a team of scientists dedicated to "sorting fact from fiction in climate change media coverage."

Climate Feedback flagged one of Stossel's videos, dubbed the Fire Video, as "missing context." The video contains clips from an interview Stossel conducted of author Michael Shellenberger to promote Shellenberger's book titled Apocalypse Never: Why Environmental Alarmism Hurts Us All, in which the two discuss the cause of California's wildfires, which Stossel claims are caused by "bad policies."

"The full review explains why the claim that '[f]orest fires are caused by poor management[,] [n]ot by climate change' is misleading," the court filing states.

The second video flagged by Climate Feedback was titled "Are We Doomed?" This video was flagged as being partly false.

"This video relies heavily on clips from a panel Stossel moderated at the Heartland Institute," the court filing states, noting that while the event was set up as a debate, "many individuals invited as counterpoints … refused to attend."

"Stossel used clips from this one-sided panel to debunk various 'myths,' including that 'government action today can save us' and 'carbon dioxide is carbon pollution, that just does harm and threatens food supply,'" the court filing states.

"The linked page on Climate Feedback's website, titled 'Video promoted by John Stossel for Earth Day relies on incorrect and misleading claims about climate change,' then explains that 'speakers in the video rely on several inaccurate claims and use imprecise language that misleads viewers about the scientific understanding of climate change," the filing continued.

Stossel in response filed a defamation lawsuit against Meta, Climate Feedback, and the company it allegedly operates under, Science Feedback.

"In particular, Stossel alleges that two statements are defamatory. First, he challenges what he calls the 'False Attribution'— that is, 'Defendant[s'] state[ment] by implication that in Stossel's Fire Video, Stossel' claimed that 'forest fires are caused by poor management. Not by climate change'—a statement that Stossel alleges 'he did not make,'" the court filing states.