FACT CHECK: Democrats did indeed omit 'under God' from Pledge of Allegiance

As the Democratic National Convention played out across locked-down America over the past week, conservative observers were keen to note that Democrats had omitted “under God” from when reciting the Pledge of Allegiance. 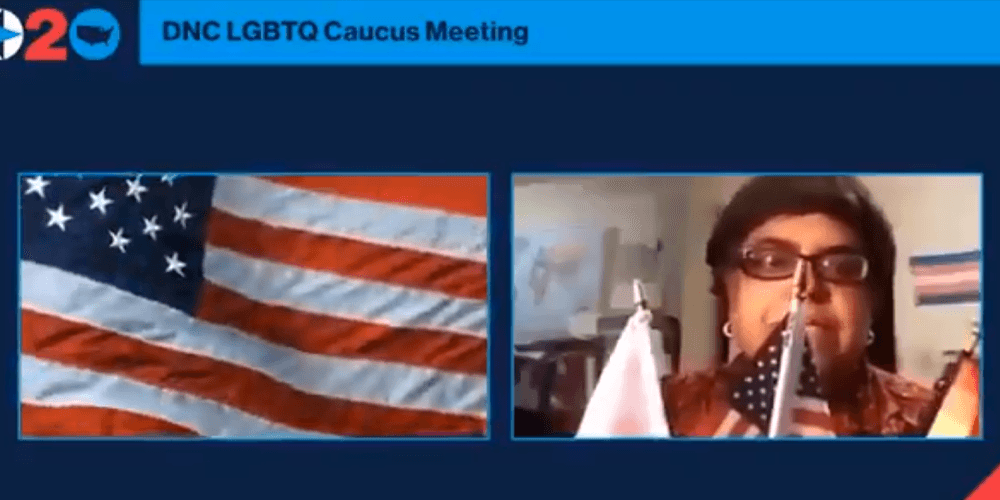 As the Democratic National Convention played out across locked-down America over the past week, conservative observers were keen to note that Democrats had omitted “under God” from when reciting the Pledge of Allegiance.

President Trump took offense to their actions and tweeted: “The Democrats took the word GOD out of the Pledge of Allegiance at the Democrat National Convention. At first I thought they made a mistake, but it wasn’t. It was done on purpose. Remember Evangelical Christians, and ALL, this is where they are coming from-it’s done. Vote Nov 3!”

The Pledge, for those whose memories were too rusty (or too seditious, let’s be frank, to remember) goes like this:

"I pledge allegiance to the flag of the United States of America, and to the republic for which it stands, one nation under God, indivisible, with liberty and justice for all."

It didn’t always read this way, with the words “the Flag of the United States of America” only added in 1923. In 1954, in response to the threat of Communism, President Eisenhower encouraged Congress to add the words “under God,” creating the 31-word version that every American ought to know by heart.

Perhaps signaling their support to Communist ideals in rejection of American values, or perhaps out of militant opposition to all-things-religious, a number of Democrats opted to remove the words when they recited the Pledge.

Following the observation that Democrats had done so, a number of so-called “fact checkers” (who ought to turn in their credentials) are falsely claiming that members of the party of Joe Biden did not, in fact, omit the words.

Among these rebuttals to the claim, “fact checkers” at USA Today, Snopes, and PolitiFact claim that the Democrats did no such thing. Snopes says that the claim is “mostly false” but admits that the phrase was omitted “from at least two recitations of the Pledge of Allegiance at individual caucus meetings during the DNC in 2020.”

CNN's resident hall monitor Oliver Darcy attempted to dunk on President Trump by pointing out that his claim, according to discredited fact-check site Snopes, was "mostly false."

What’s false, they claim, is that the DNC itself did not issue any guidelines forbidding use of the phrase—not that anyone even claimed that.

The claim was always that a number of Democrats omitted the phrase, which they did. Snopes even admits as much.

You can’t doublespeak your way out of this.