Fake anti-conservative incident reveals the emptiness of our political context

If Talya Davidson is indeed mentally ill, we hope she gets the care she needs. But her actions are undeniably political. 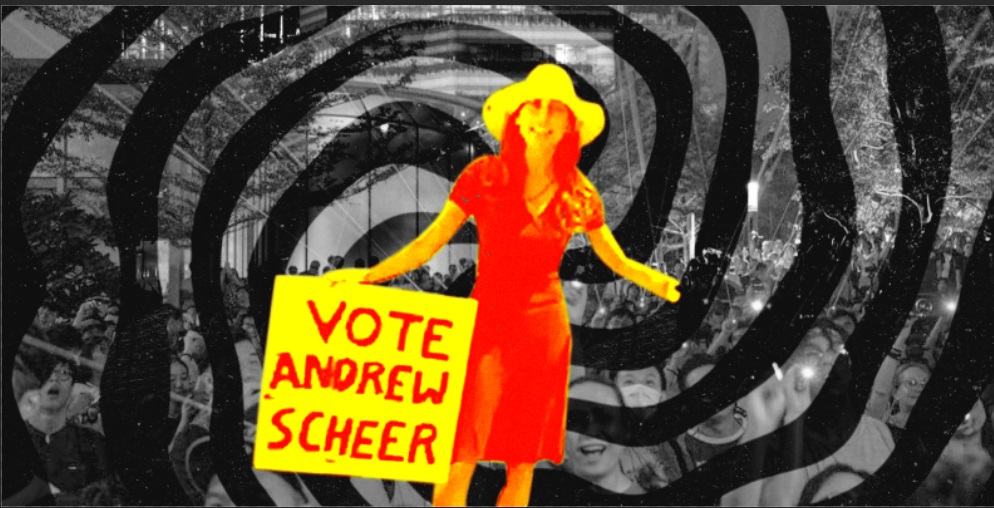 A viral video showing a lone woman protesting was initially believed to be a legitimate expression of conservative dissent by a surprising amount of the Canadian media and elite establishment. But as the clip made the rounds, questions were raised about the authenticity of the demonstrator herself. It was discovered that she was not a conservative, that her Facebook page expressing conservative views only began posting conservative content in the previous 24 hours, and that, despite her racist vitriol, she had been a longtime liberal. The video and the vitriol appear to be a one-woman hoax.

After she was taken into custody, it was determined that she would be transferred to the Centre for Addiction and Mental Health, and a publication ban was placed on the case to protect the woman. There is a concern that she took these actions, an act that smeared conservative perspectives by associating them with racist rants and violent behaviour, because she has a mental illness. If so, does that mental illness negate her actions? It could certainly help to explain them.

Since there is a publication ban on current court proceedings, it’s impossible for us to have the full information required to answer all of the questions we all have.

More importantly, we know that journalists and progressives were quick to take to social media to demand that Andrew Scheer and the Conservatives disavow this person and her actions. Scheer has done that, stating the obvious, which is that racist language has no place on a conservative platform. It has no place on any platform.

Hoaxes abound in pop media today, and they are dealt with harshly because journalistic outlets do not take kindly to being fooled. James O’Keefe and his Project Veritas used impersonations and false stories to mislead bad actors in the housing sector to divulge their disingenuous practices. This brought scrutiny to the federally backed first-time homebuyer program in the US. More recently, Project Veritas exposed the liberal bias at big tech. But because of both O’Keefe’s methods and his conservative perspective, his results were never accepted by mainstream media outlets.

Jussie Smollett, motivated by a desire to increase his fame and prove a point about how “MAGA country” was real and has led to an increase in hateful rhetoric had fueled public racial anger, staged an inane and dangerous hoax where he was injured both bodily and in reputation. That staged, racially motivated attack, swayed public opinion even after it was proved to be fake. The hoax economy is not a free market, nor is it equal.

We, however, as individuals have freedom and equality. Canadians experience one of the best qualities of life in the world. Yet the need to protest, to demand more from government and social structures, is entrenched in culture. Citizens should be aware, should not be complacent, but also have an obligation to see what’s working in society. The democratic process is working, and falsifying protests in order to court public opinion against the opposition is simply an unnecessary tactic.

No one in the public conversation—to our knowledge—has ever demanded that Justin Trudeau disavow Jessica Yaniv, a toxic abuser of the human rights tribunal system, immigrant women, and alleged abuser of preteen girls. Yaniv has been more than vocal in her support of Trudeau and his Liberals. However, most reasonable people would not demand that Trudeau repudiate Yaniv. Odds are he had no idea of her support and would not want it if he did. The same grace and good faith is not afforded to Andrew Scheer and the Conservatives. A leader is not responsible for every provocateur who claims allegiance.

If Talya Davidson is indeed mentally ill, we hope she gets the care she needs. But her actions are undeniably political and harmful. More important, they are indicative of the dangerous banality of North American political reality.  We seem to be stuck in this ideological feedback loop that convinces people to fight imaginary battles for civil rights they already have.

Meanwhile, in Hong Kong, the soldiers are rolling in, and American companies are selling crowd control gear to Chinese law enforcement. Kashmiri citizens are under lockdown. People are desperate for the freedoms we take for granted. But here, in perhaps the most peaceful place on earth, we need to fabricate our political oppression and amplify minor grievances because we worry that if we don’t feel oppressed, our lives won’t have any meaning.