FALK: Rule of law is worth defending 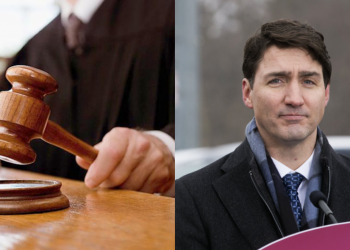 Ted Falk is a Conservative Member of Parliament representing the Manitoba riding of Provencher.

Is it possible to be shocked and yet not at all surprised? I think that sums up the feelings of many Canadians towards the SNC-Lavalin affair.

It wasn’t that long ago that the previous Liberal government went down in a similar political storm. At the time, perhaps more grievous than the sponsorship scandal itself was the sense that political interference had hampered the prosecution of those responsible. Canadians decided this was unacceptable and voted for change.

Now, with less than a full term in office and an election looming in the fall, Justin Trudeau appears to be rearranging the deck chairs on the Titanic; struck and (likely) irreparably damaged by the iceberg of truth.

As the storm-clouds gather over Ottawa once again, many Canadians, including, I am sure, more than a few Liberal politicians, are asking themselves, where do we go from here?

I think the truth is a good place to start.

In the case of SNC-Lavalin, we have the Prime Minister and his team actively and intentionally seeking first to silence and then to subvert the truth, to their own political benefit.

As wave after wave of damaging testimony threaten to sink the Liberals in the fall, Justin Trudeau is learning the same hard lesson his Liberal predecessors learned: The truth will come out, and that hubris rarely wins the day in Canadian politics.

Given his long string of ethical lapses it should come as no surprise that Justin Trudeau believes he has done nothing wrong. This Prime Minister believes he is above the law.

But unlike the dictatorships that Justin Trudeau has previously expressed his affinity for, we are, and have always been, a country governed by the rule of law. By definition, that means when we, as parliamentarians, pass a law on behalf of the people who elected us, we are not above that law. We are all subject to it. We are all equal under it. We are all bound by its conventions. And our political or societal status does not entitle us to special treatment under it.

These core principles of the rule of law must be upheld for any democracy to function. As history has shown, whenever the rule of law is impeded, superseded, subverted, or corrupted, the consequences are dire.

That’s why one of the very first actions of the previous Conservative government was the implementation of the Director of Public Prosecutions Act, a measure designed to prevent political interference and control of our justice system.

We cannot claim to be a country under the rule of law when political agendas can interfere with and dictate the course of justice. And that is precisely what this Prime Minister and his office stand accused of.

Justin Trudeau promised Canadians open and transparent government and he has betrayed yet another promise.

If he cannot, it is time for a change; a leader who can move the country forward into calmer seas.