Some family members of convoy participants have reportedly had difficulty banking. 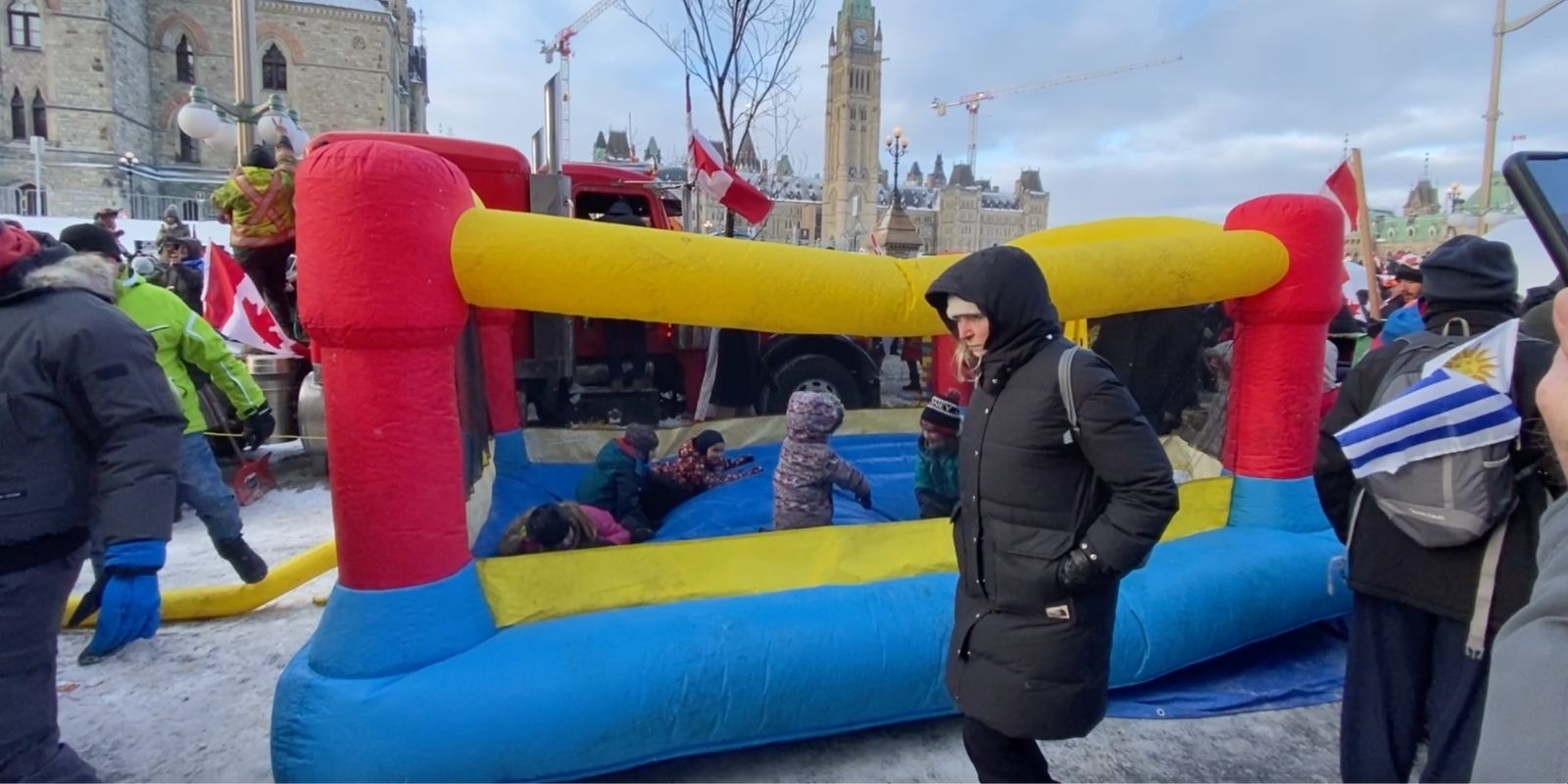 Following increasing action from police over the weekend to stifle freedom protests that have been ongoing in Ottawa for weeks, families of those who have participated in the demonstrations are reporting issues banking.

According to CTV reporter Mackenzie Gray, senior police sources told CTV chief news anchor Graham Richardson that they were looking to "break the back" of the protest Saturday, and that family members of some convoy participants have reported difficulties in banking due to familial ties to the protest.

This follows Prime Minister Justin Trudeau's announcement early last week that he would be invoking the Emergencies Act to deal with the ongoing protests.

As part of the announcement, Trudeau said:

"Financial institutions will also be authorized or directed to render essential services to help address the situation, including by regulating and prohibiting the use or property to fund or support illegal blockades."

Deputy Prime Minister Chrystia Freeland said that Canadian financial institutions will review their relationships with "Anyone involved in the illegal blockades," and to report to the RCMP or CSIS. This will allow banks to freeze or suspend accounts without a court order.

"This is about following the money," said Freeland. "We are today serving notice; if your truck is being used in these illegal blockades, your corporate accounts will be frozen. The insurance on your vehicle will be suspended. Send your semi-trailers home."

On Thursday, it was announced that the RCMP has provided a list of people suspected of participating or aiding in the Freedom Convoy protests to all major banks, so that they can act to freeze their accounts.

The emergency orders require nearly every facet of the Canadian financial system to determine whether a person that banks with them or has property with them has funded the protest in Ottawa.

If a person is discovered, their accounts will be frozen, and it will be reported to RCMP or Canada's intelligence service, as well as the country's anti-money-laundering agency, known as FINTRAC.