A father has been banned from Maine School Administrative District 51 property after criticizing the local school board for its implementation of critical race theory teachings in its schools. 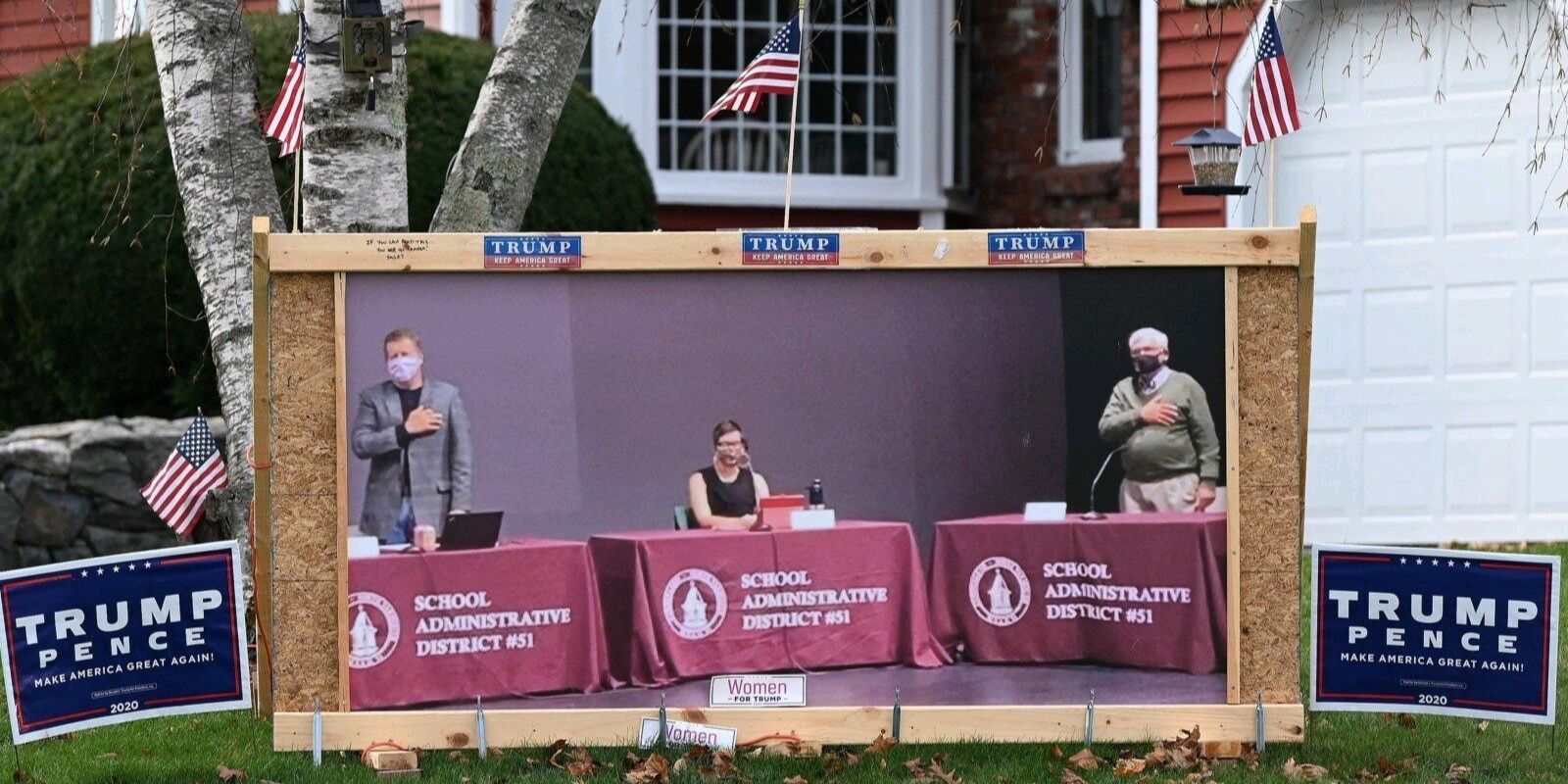 A father has been banned from Maine School Administrative District 51 property after criticizing the local school board for its implementation of critical race theory teachings in its schools.

MSAD 51 serves the wealthy towns of Cumberland and North Yarmouth, in Cumberland County, Maine. Anti-critical race theory parent Shawn McBreairty was handed a "prohibitive conduct warning" on May 15 by local police. The warning prevents him from being on local school district property without formal clearance from the district's superintendent. Violation could result in arrest.

McBreairty told the Daily Wire that the warning served came after nearly one year of ongoing fights with MSAD 51's school board. In the days following the death of George Floyd, MSAD 51's superintendent Jeff Porter and the Equality Leadership Steering Committee sent out an equality statement to students and parents.

"In a culture that continually reinforces white supremacy, justice can only be achieved when we confront and repair the anti-Blackness woven through every aspect of society—in our homes, schools, workplaces, communities, places of worship, and government," the statement reads, echoing the words of the Women's Foundation of Minnesota.

McBreairty, along with others in the community, expressed their complaints surrounding the terminology used. The community members called the language offensive and partisan.

A follow-up email was sent on June 3, 2020, by the superintendent, inviting parents to be open-minded and to engage in "this important work."

"This being said, I realize not everyone is going to receive the message in the way it was intended," Porter writes. "I also recognize that some of the terminology may have felt confrontational, such as 'white majority' and 'white supremacy.'"

"Maine is relatively insulated by national issues of race and equality so it is harder for many of us here to accept the imbalance of equality that people of color experience every day," the letter continues. "The statement written by the equity committee was not meant to point fingers in any way; rather, to bring needed awareness to a national story rooted in ongoing injustice and sadness for African-Americans."

Also announced in the June 1 letter was the school's partnership with the Boston-based company Community Change Inc. which describes themselves as a diversity, equity, and inclusion consulting firm.

On the company website, the firm states that "CCI's work in 1968 through to today is to meet the challenge of 'the White Problem.'" In a newsletter from June 2020, the company advocates for the dismantling of capitalism.

McBreairty told the Daily Wire that despite calling himself publicly apolitical prior to his school board fights, by September, he had become an active voice in meetings and was increasingly advocating for curriculum transparency.

He said he was fearful of Community Change Inc. promoting the controversial and divisive theory in the district's classrooms.

McBreairty claims that Ann Maksymowicz, the school board district's equity lead, had silenced him and other community members for voicing opposition to critical race theory. During one three-minute comment period in a meeting, a community member used the time to recite the Pledge of Allegiance, for which Maksymowicz did not stand.

McBreairty took a photo of the incident and posted the picture to social media. On October 19, he printed the photo onto a small canvas to place on his front lawn, which he said he knew she would drive by and see on her way home.

Maksymowicz called the photo a form of harassment and ended up going to McBreairty's front door to ask his wife to remove the sign. Instead of removing it, McBreairty got a larger sign.

Maksymowicz created a GoFundMe "in response to the abuse and harassment myself and others have experienced as a result of our commitment to anti-racism and social justice." She states that the Cumberland Police Department served her with a "criminal trespass warning" for being on McBreairty's property.

"Being a responsible adult I left a note asking for the sign to be taken down and informing them that it was harassing to me," she writes on the crowdfunding page. "I returned the following day and spoke with the wife of the sign's owner. By that afternoon CPD had served me with a Criminal Trespass Warning."

McBreairty removed the sign by January 2021, shifting his efforts to exposing the scope of critical race theory curriculum taught in the school.

A bed sheet with the phrase "honk if you support the school board" was placed across the street on one of the middle school's fences. He said that people were showing up at 2:30 in the morning to honk their horns. Photos from McBreairty's Facebook show the signs hanging on the fence.

The sign remained up for around one week. McBreairty put the now infamous poster of Maksymowicz on the fence, and within the hour, both police and a school district maintenance man had arrived to remove the sign.

McBreairty's "Prohibitive conduct warning" was served to him soon after. However, he still intends on attending his daughter's graduation on June 6 despite threats of being arrested and has sent numerous emails for all requesting permission to attend.

Porter told The Daily Wire that reporting on McBreaitry's fight with the school board is "reckless" because he deems the father "someone who is unstable." Porter claims that McBreairty can attend graduation "pending his conduct."