FAUCI EMAILS: Masks are 'not really effective,' advocated for school closures, knew virus could have been 'engineered'

Dr. Fauci advocated early for school closures despite evidence showing that kids were not at high risk of contracting or spreading the illness. 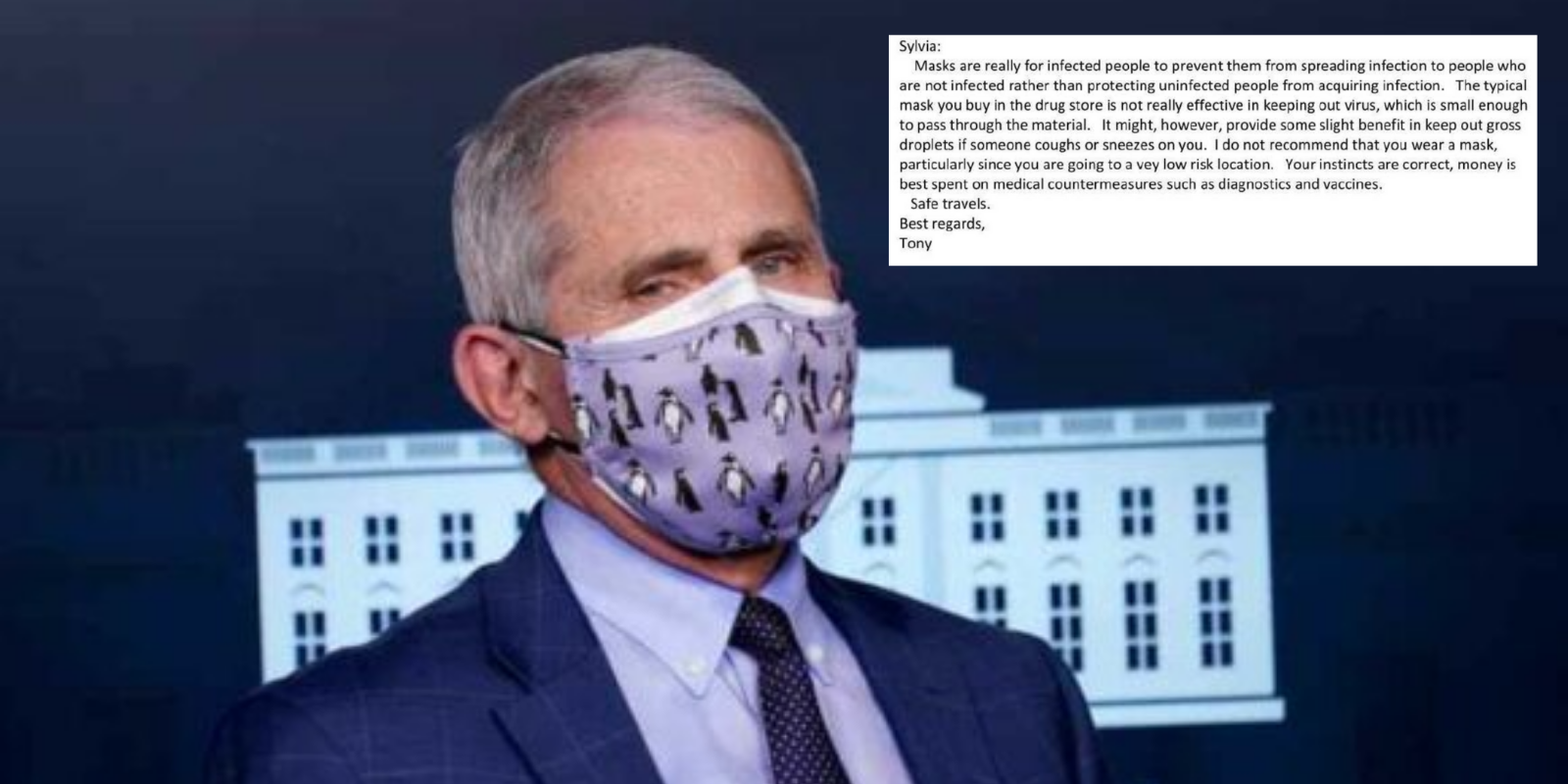 Freedom of Information Act (FOIA) requests from Washington Post and Buzzfeed have resulted in a massive cache of emails from Dr. Anthony Fauci. The emails, from the early months of 2020, reveal that Fauci was inundated with requests, suggestions, and offers of assistance from the medical community.

Fauci said early on in these emails that face masks are not helpful, received information that there was reason to believe the virus was engineered, and advocated early for school closures despite evidence showing that kids were not at high risk of contracting or spreading the illness.

In response to a question from Sylvia Burwell about precautions she should take while traveling, Fauci said that "Masks are really for infected people to prevent them from spreading infection to people who are not infected rather than protecting uninfected people from acquiring infection." Burwell served as secretary for health and human services from 2014 to 2017 under the Obama administration.

"The typical mask you buy in the drug store is not really effective in keeping out virus, which is small enough to pass through the material... I do not recommend that you wear a mask, particularly since you are going to a very low risk location."

Is the virus lab-enhanced or engineered?

Kristian G. Andersen, director of the Scripps Research Institute, exchanged a series of emails with Fauci in early January, 2020. Andersen wrote that "The unusual features of the virus make up a really small part of the genome (<0.1%) so one has to look really closely at all the sequences to see that some of the features (potentially) look engineered." She said further that those on her team "all find the genome inconsistent with expectations from evolutionary theory."

Impact of COVID on kids?

In the early days of what became a global pandemic, Fauci was already encouraging schools to close. There was international evidence to suggest that children were not at great risk of either becoming ill themselves or spreading the virus, as shown in a lengthy thread of late February. This was about the time of the Diamond Cruise Ship infections. He said that "Children have very low rate of infection."

Fauci was sent the information contained in the World Health Organization's joint report with China on the virus. It read that "Data on individuals aged 18 years old and under suggest that there is a relatively low attack rate in this age group (2.4% of all reported cases)... The Joint Mission learned that infected children have largely been identified through contact tracing in households of adults. Of note, people interviewed by the Joint Mission Team could not recall episodes in which transmission occurred from a child to an adult."

Yet it was early on that Fauci advocated for closing schools. When actress Morgan Fairchild reached out to him to offer her help, he said that she should tweet out that "although the current risk of coronavirus to the American public is low," it "poses a risk that we may progress to a global pandemic." He told Fairchild that this could result in the "temporary closure of schools."

And in March, he told Washington Post's Michael Gerson that schools should likely be closed in order to prevent spread. The CDC went on to not track spread within schools.

This was after Fauci received the information that the WHO did not recommend "blanket measures," and that there were "relatively few cases" of the virus in children.

Schools were closed for over a year in many parts of the US based on CDC and Fauci guidance, which appears to have been issued without reason to believe children were at risk.