It’s understandable if you didn’t know that MSNBC was the first to interview Fauci in the aftermath of his emails being released. The network downplayed it. 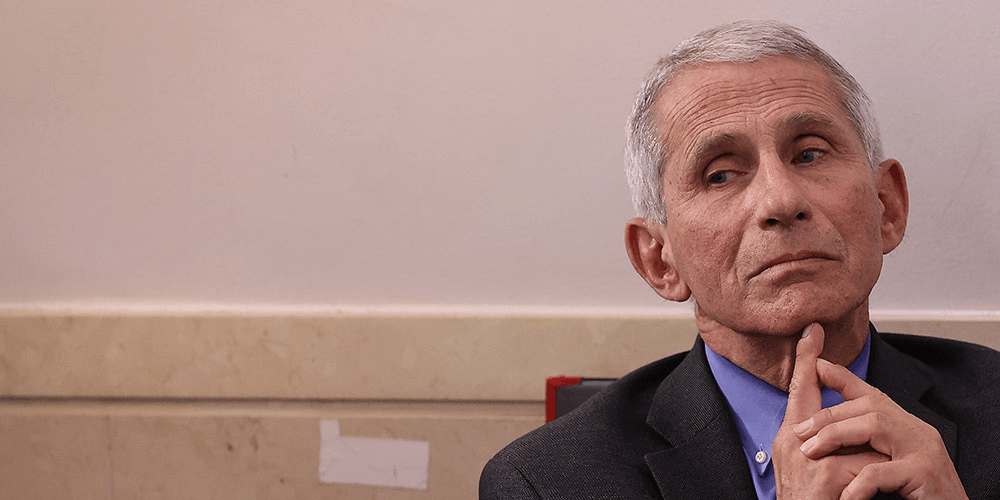 The hard hitting questions about the recent Fauci emails were seen in a Fox News interview with NIH director Francis Collins and host Martha MacCallum.

Elsewhere it was a softball game.

MSNBC had the chance to be the first to interview Dr. Anthony Fauci, since the aftermath of his email communications being released via a Buzzfeed and Washington Post FOIA request.

Given that the topic has been at the top of Twitter’s trending page all day, you’d think that Nicole Wallace of Deadline White House would pounce on the opportunity to grill Fauci on pressing matters. Issues like his private stances on masks, whether or not COVID was engineered in a lab, and the role of the NIH as to whether or not they had a meaningful role to play in allowing this pandemic situation to happen.

But that wasn’t at the forefront of MSNBC’s segment with Fauci at all. Instead host Nicole Wallace sidestepped into the matter, after spending some time pushing the importance of vaccines.

Wallace framed her questioning under the lens of Fauci’s “public profile” under the Trump administration. The first email she brought up was an April 20th 2020 email where Fauci said “Yikes [...] That would make 4 days in a row without a Press Conference for me -- Saturday, Sunday, Monday and tomorrow.”

Something Fauci remarked back under the Trump administration. Much like how the mainstream media wants to know about Joe Biden eating ice cream, Nicole Wallace was dying to know whether or not Dr. Anthony Fauci was making up for lost time now since Biden became President.

The MSNBC host went as far as to accuse Trump of being guilty of “disinformation” floating around about vaccines, despite the renewed scrutiny into the lab leak theory being picked up across both political aisles.

However, Fauci’s particular response shows the question was meant to give him room to respond more openly to the public scrutiny surrounding him now.

“Yeah I mean there’s no doubt that there are people out there who for one reason or other, resent me for what I did in the last administration, which was not anything that was anti-Trump at all. It was just trying to get the right information, to try and get the right data, and what they didn’t seem to understand (I guess that’s understandable that they didn’t understand it), is that science is a dynamic process. So something that you know in January, you make a recommendation or a comment about it. But as you get more and more information, the information leaves you to change, because that’s what science is. It’s a self-correcting process.”

This flies in the face of the reporting from July 2020 that Dr. Anthony Fauci said he “doesn’t regret” advising early on to Americans in the pandemic to not wear masks. Fauci’s belief that it freed up masks for healthcare providers assumes an expense at the safety of the American people, given the extensive mask mandates instituted in response to the pandemic thereafter.

Yet Fauci still plays the “evolving science” line, despite the fact Fauci himself has flip-flopped back to being open to the notion that the COVID virus escaped from a lab.

“So when you hear someone say something at one point, and then two or three months later, if you stick with what you said at the original time, when you had one fifth of the amount of data that you have now, I think that would be inappropriate. It’s appropriate, although sometimes it’s difficult to understand, how as you learn more and more, you’ve got to continue to evolve, with the data. And that’s what I was trying to do is to always tell the truth on the basis of what the data is. And it was never deliberately something against the President, in fact he spoke about my emails… if you look at my emails, I never in the emails said anything derogatory about President Trump.”

In closing MSNBC’s Nicole Wallace said Fauci still “looked good” despite the fact his emails were made extensively available to the general public.