Tarasenko's former partner, 33-year-old Yashchyshyn, maintained the alias of Anna de Rothschild for years and appeared in several functions at Mar-a-Lago in 2015. 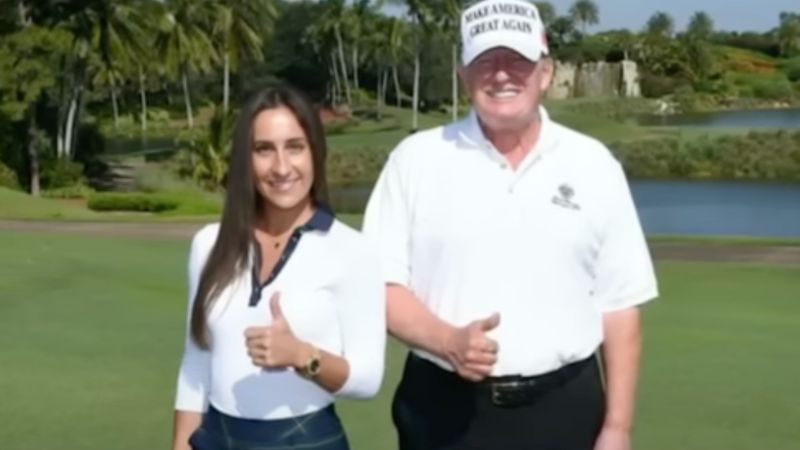 A Ukrainian man, Valeriy Tarasenko, was shot in Quebec around 1 pm on Friday. Tarasenko was the former business partner of Inna Yashchyshyn, who posed as a Rothschild heiress to infiltrate Mar-a-Lago and take a photo with former President Donald Trump.

According to the Daily Mail, three people confronted 44-year-old Tarasenko, who was with two others, in the parking lot of a hotel in Estérel, Quebec before opening fire, and then fleeing in a black SUV.

Tarasenko, who was not a guest at the posh Estérel Resort hotel, and one of his entourage were both wounded with serious but non-life threatening injuries. Another man was shot in the head but survived.

Estérel Mayor Frank Pappas called the shooting a "targeted attack," and said "We are not dealing with someone that was shot randomly."

Tarasenko's former partner, 33-year-old Yashchyshyn, maintained the alias of Anna de Rothschild for years and, according to the New York Post, appeared in several functions at Mar-a-Lago in 2015.

Last winter, it was Tarasenko who outed Yashchyshyn to federal agents. He filed a criminal complaint and said she used the Rothschild name to get access to high level politicians and was an "active member of an international criminal organization." He also alleged she was an operative of Russian oligarchs, indirectly serving Russian President Vladimir Putin.

Tarasenko handed over evidence that showed that he and Yashchyshyn owned two businesses together.

Yashchyshyn claims the whole ruse was foisted upon her by Tarasenko, an ex-boyfriend making her penetrate high society so he could grift money to pay for his daughter's dreams of being a pop star. She said in court, "If I ran away he will make my life a nightmare by filing fake legal surprises against me."

Yashchyshyn told the New York Post, "He [Tarasenko] felt that if Sofiya changed her last name to Rothschild, she would have a better chance of making it big in America."

In August, the Pittsburgh Post-Gazette published "Inventing Anna" and outed Yashchyshyn as the fake Rothschild heiress to the public.
ADVERTISEMENT
ADVERTISEMENT
FakeHeiress