“The actions and inactions of certain FBI employees described in the Report are inexcusable and a discredit to this organization.” 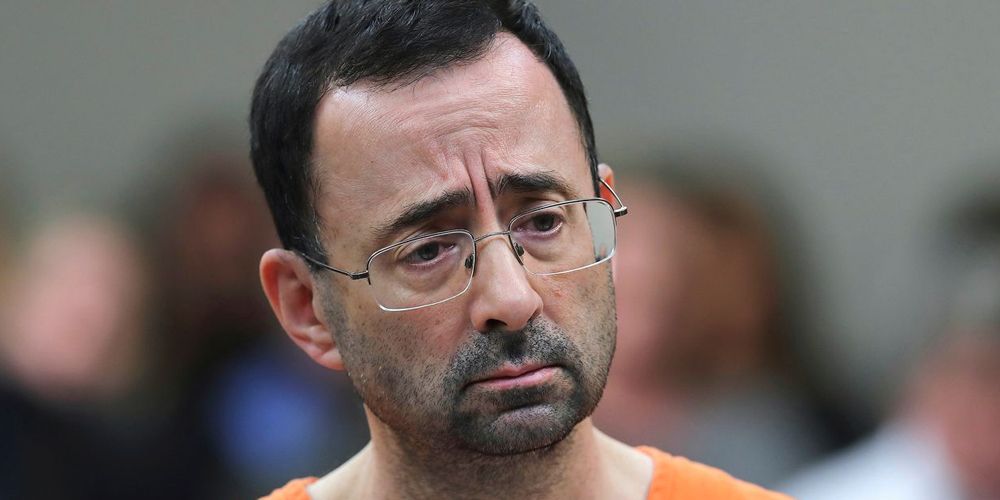 The Department of Justice’s Office of the Inspector General today released a report that says the FBI failed to act quickly enough against Larry Nassar, and this mismanagement allowed sexual abuse to continue for months after an agency office was first notified.

On page 3 of the report it says: "For many of the approximately 70 or more athletes, the abuse by Nassar began before the FBI first became aware of allegations against Nassar and continued into 2016. For others, the alleged abuse began after USA Gymnastics reported the Nassar allegations to the Indianapolis Field Office in July 2015."

"The actions and inactions of certain FBI employees described in the Report are inexcusable and a discredit to this organization," the FBI said in a statement to the outlet.

Nassar was accused of repeated sexual assault of over two-hundred women and girls, made possible by his position as a physician and former professor at Michigan State University. He admitted to enough of the accusations, in various jurisdictions, and was sentenced to life in prison at the federal level.

According to USA Today, the agency’s response to this report includes making sure the staff involved in fumbling the Nassar case “no longer work FBI matters.”

For background on this story the OIG landing page for the report has a timeline of events.

From the onset in July 2015, the FBI Indianapolis Field Office didn’t respond in a timely manner to allegations that Nassar was sexually abusing athletes. Moreover, when the FBI branch did respond, they made errors like failing to document the first meeting with USA Gymnastics and failing to properly handle evidence (like a USB drive given to them).

In addition the Indianapolis Field Office failed to notify local and state authorities about the situation.

The OIG blames the Los Angeles field office for the same "failure to notify authorities" errors, as that local FBI office received the same allegations about Nassar’s behavior eight months later after they were brought to the attention of the Indianapolis branch.

The FBI Lansing Resident Agency in Michigan was not notified until September 2016 after the Michigan State University Police Department executed a search warrant on Nassar's house and found child pornography on his computer.

Moreover the Inspector General says the FBI later tried to cover up their sloppy job amidst media blowback:

“When the FBI’s handling of the Nassar matter came under scrutiny from the public, Congress, the media, and FBI headquarters in 2017 and 2018, Indianapolis Field Office officials did not take responsibility for their failures. Instead, they provided incomplete and inaccurate information to make it appear that they had been diligent in responding to the sexual abuse allegations."

When it comes to child exploitation, the OIG writes they found policy shortcomings in relation to the agency notifying local law enforcement. They made four different recommendations to the FBI that target the flaws in question.

This probe into the FBI started in September 2018.