An upstate New York suspect is facing federal charges for instructing their comrades to make firebombs to harm police in one of the few known cases where federal prosecutors explicitly detail the accused’s ties to Antifa. 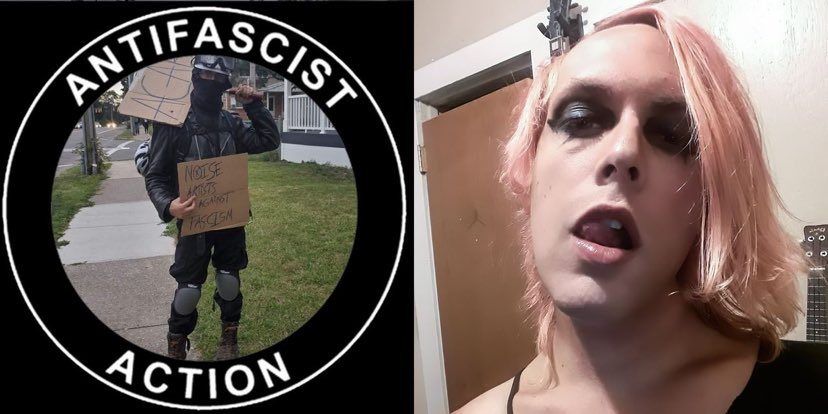 An upstate New York suspect is facing federal charges for instructing their comrades to make firebombs to harm police in one of the few known cases where federal prosecutors explicitly detail the accused’s ties to Antifa.

The U.S. Attorney’s Office for the Western District of New York charged 27-year-old Ryan Howe, of Rochester, last week with using a facility of interstate and foreign commerce to incite, promote and encourage a riot. Howe—who uses the pronouns “they/them” and “she/her”—is also known as “Rylea Autumn.”

Howe was among nine arrested on Sept. 2 by Rochester Police at a violent Black Lives Matter-antifa protest at the Public Safety Building. Several dozen had gathered to protest the death of Daniel Prude, a black man who died in police custody. The criminal complaint filed by a Federal Bureau of Investigation special agent says Howe shook the metal barricade protecting the police station, and screamed to agitate the crowd to violence. Howe then allegedly wrapped themselves around a street sign to resist arrest and kicked to avoid being handcuffed.

According to the criminal complaint, Howe made a number of extremists posts throughout September that caught the attention of law enforcement. They allegedly urged violence against the state and law enforcement using arson attacks. On Sept. 8, the Monroe County Sheriff's Office alerted federal investigators to Howe’s Facebook, which shows they espoused extreme antifa beliefs. Howe’s Facebook profile photo depicts them dressed in black bloc, with the accompanying text, “Antifascist Action.” Antifascist Action is the original English-language antifa organization formed in the 1980s.

Howe’s Facebook bio line reads: “Genderqueer, Anti-Fascist, Anti-Racist, Anarcho-communist.” Additionally, their Twitter account is filled with posts identifying with antifa and expressing support for communism. Howe’s other social media posts show they are heavily involved in far-left activism and organizing in the Rochester-area. They were previously arrested in July at another protest.

The complaint says that on Sept. 23, Howe wrote on Facebook, “Burn this sh— to the f—ng ground” in response to news that the Kentucky officer involved in Breonna Taylor’s death was charged with three counts of felony wanton endangerment, rather than murder.

A day later, Howe allegedly shared a recipe on how to make a Molotov cocktail and then instructed readers to throw it at police. They later posted on the same day: “Good morning to everyone ready to burn this whole f—ing country to the ground!” Howe’s third post was a graphic of a smiley face holding a flaming Molotov cocktail.

The affidavit says Howe admitted to making the posts when he was interviewed by an FBI agent. They said they obtained the Molotov cocktail recipe from an anarchist book.

Howe made an initial appearance in federal court last week and was released on pre-trial with conditions. Howe is required to undergo a mental health examination, is required to seek employment, do drug testing and adhere to a curfew. Howe’s next court date is on Nov. 17.

The FBI conducted the investigation alongside the Monroe County Sheriff’s Department and the Rochester Police Department. The case is being prosecuted by Assistant U.S. Attorney Brett A. Harvey. If convicted, Howe faces a maximum penalty of 5 years in prison and a $250,000 fine. The case is one of the few known federal prosecutions since riots began in May that allege a suspect’s explicit ties to Antifa.