One document interprets Title IX of the Civil Rights Act, which prohibits "discrimination on the basis of sex," to bar discrimination based on gender identity and sexual orientation. 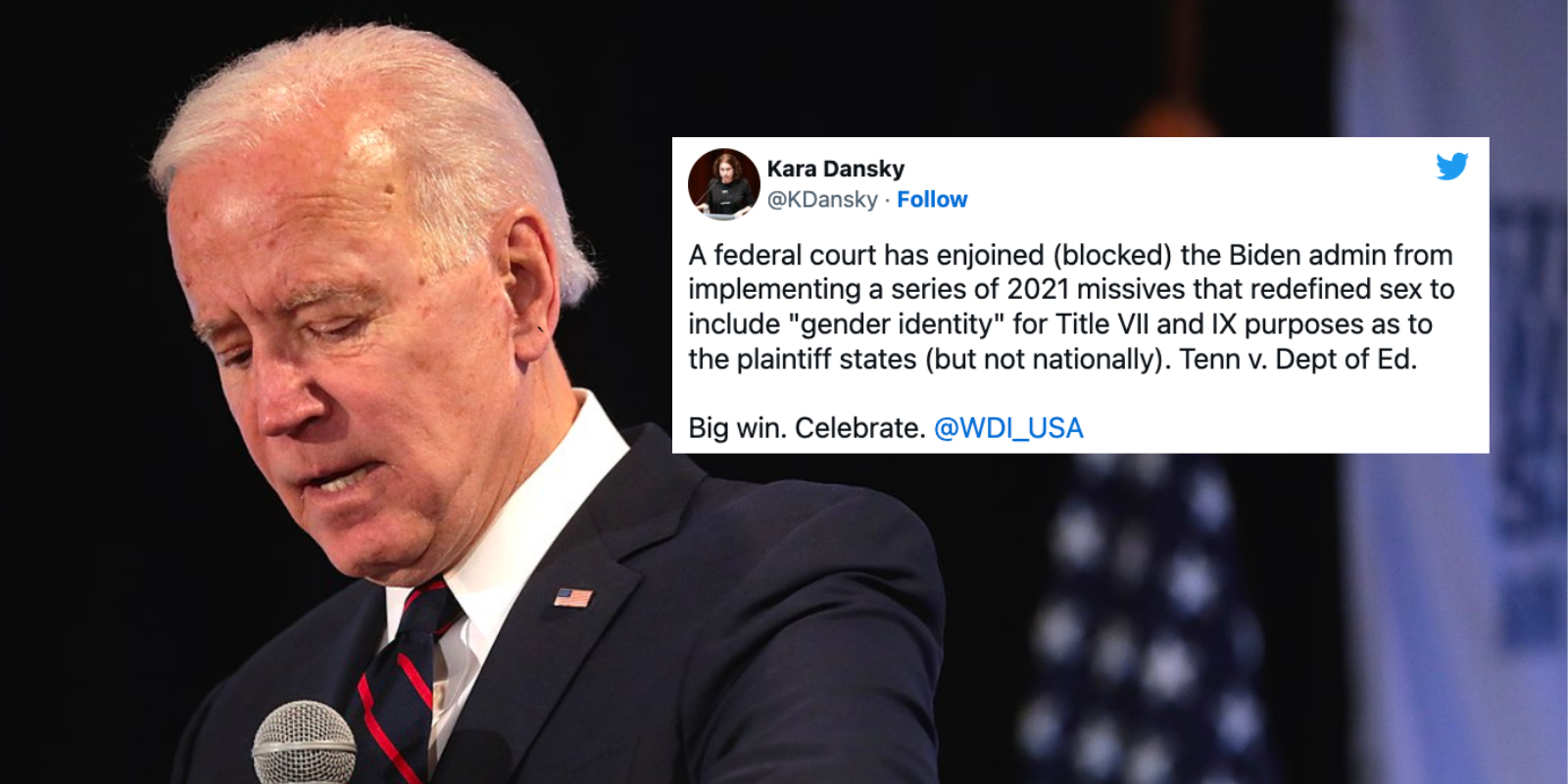 A federal court has temporarily blocked the Biden administration's interpretation of federal law to conflate gender identity with biological sex, and in doing so, has protected female athletes who would be forced to compete against males in 20 states.

The court issued the order Friday to stop the administration's illegitimate reinterpretation of federal law, Alliance Defending Freedom, a group intervening in the lawsuit, reported Saturday.

The administration’s guidance is based, in part, on an interpretation of Bostock v. Clayton County, a recent US Supreme Court ruling about employment discrimination, the court concluded.

The guidance documents were issued by the US Department of Education and the US Equal Employment Opportunity Commission. One document interprets Title IX of the Civil Rights Act, which prohibits "discrimination on the basis of sex," to bar discrimination based on gender identity and sexual orientation.

"Among other things, this would require that schools subject to Title IX allow males who identify as female to participate on female athletic teams and use female-designated showers and locker rooms," ADF reported.

Girls involved in sports deserve the opportunity to compete on a safe and fair playing field against other female athletes, said ADF Senior Counsel Jonathan Scruggs, who represents an association of Christian schools and three female athletes seeking to intervene in the lawsuit, The State of Tennessee v. U.S. Department of Education.

"The court was right to find that the Biden administration exceeded its authority in issuing orders that jeopardize fair play."

"The Biden administration’s radical push to redefine sex in federal law—and without the required public comment period—threatens to erase women’s sports and eliminate the opportunities for women that Title IX was intended to protect. We are pleased that female athletes will be protected in 20 states while this lawsuit moves forward."

Defendants ignore the limited reach of Bostock, the US District Court for the Eastern District of Tennessee at Knoxville wrote in its opinion and order.

"The Bostock decision only addressed sex discrimination under Title VII; the Supreme Court expressly declined to 'prejudge' how its holding would apply to 'other federal or state laws that prohibit sex discrimination' such as Title IX. Similarly, the Supreme Court explicitly refused to decide whether 'sex-segregated bathrooms, locker rooms, and dress codes' violate Title VII. Bostock does not require Defendants’ interpretations of Title VII and IX. Instead, Defendants fail to cabin themselves to Bostock’s holding."