Portland rioters attacked a federal officer last night in the middle of an arrest outside the Hatfield Courthouse, allowing the suspect to escape. 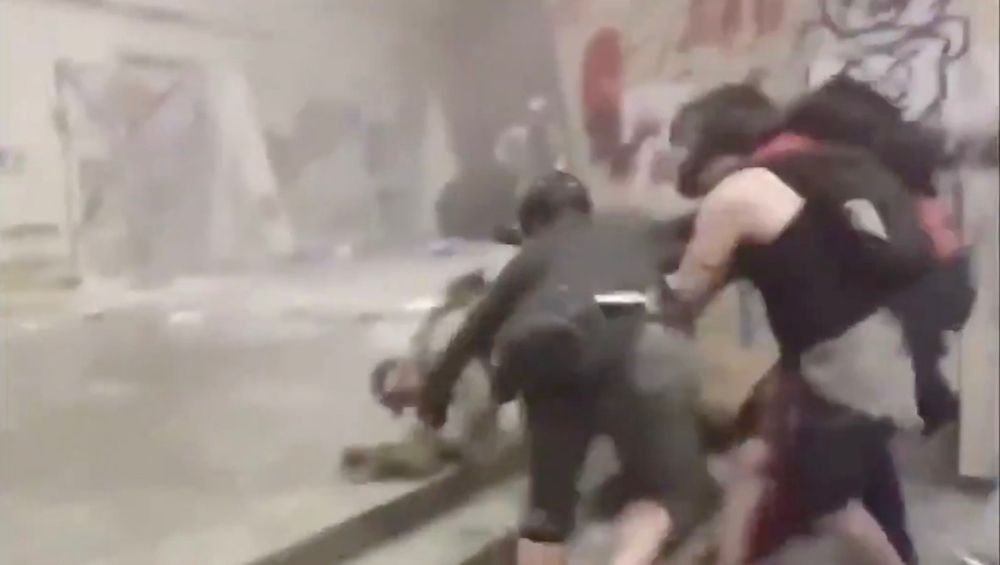 Portland rioters attacked a federal officer last night in the middle of an arrest outside the Hatfield Courthouse, allowing the suspect to escape.

This assault came after the arson attacks on the Portland Police Association last week.

Here is another view of the incident:

This comes after Oregon's Attorney General Ellen Rosenblum filed a suit on Friday against the Department of Homeland Security and the US Marshals Service for deploying federal agents in Portland to mitigate the violent riots. The basis is their "violation of the civil rights of Oregonians by seizing and detaining them without probable cause."

The complaint claimed that unidentified federal officers have grabbed civilians off Portland's streets "without warning or explanation, without a warrant, and without providing any way to determine who is directing this action."

Rosenblum is seeking a temporary restraining order to "immediately stop" the "unlawful" detainment by federal authorities.

"[T]he current escalation of fear and violence in downtown Portland is being driven by federal law enforcement tactics that are entirely unnecessary and out of character with the Oregon way," stated Rosenblum in a press release.

Rosenblum referenced the unmarked minivan incident involving alleged undercover federal agents who arrested Mark Pettibone, a protestor dressed in black walking on the sidewalk. He has since been released.

The Marshals Service denied that its agency was behind Pettibone's detainment, according to Oregon Public Broadcasting.

"All United States Marshals Service arrestees have public records of arrest documenting their charges. Our agency did not arrest or detain Mark James Pettibone," the statement read.

DHS had affirmed that Portland is a cesspool of anarchists assaulting federal officers and federal buildings.

Rioters have launched watch rockets, injuring an officer, while others attempted to blind officers by targeting their eyes with laser weapons. Officers were barricaded inside the Hatfield Courthouse as rioters launched commercial grade explosive fireworks at building. Courthouse surveillance cameras were destroyed.

"This isn’t a peaceful crowd. These are federal crimes," a DHS spokesperson tweeted yesterday.

Acting Secretary of Homeland Security Chad Wolf had further provided an extensive list of the rampant "lawless destruction and violence" ravaging Portland over the past several weeks since the end of May.

Oregon's US Representative Earl Blumenauer had claimed on the House floor today that Portland is not out of control, calling federal intervention "unwelcome," "unlawful," and "unprepared."

Blumenauer also introduced a bill today that "...would restrict the ability of the U.S. Marshals Service to deputize other law enforcement officers, such as Bureau of Prisons and Department of Homeland Security personnel, to perform the functions of a Deputy U.S. Marshal."