The federal government has made more than $4.2 billion in spending announcements since the SNC-Lavalin scandal broke on February 7, according to the Canadian Taxpayers Federation. 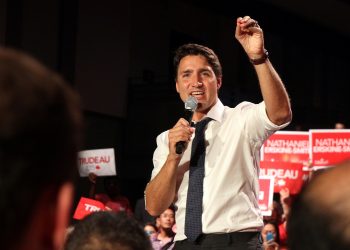 The federal government has made more than $4.2 billion in spending announcements since the SNC-Lavalin scandal broke on February 7, according to the Canadian Taxpayers Federation.

“That’s a lot of money going out the door and I don’t think anyone is paying attention to it,” said CTF director Aaron Wudrick. “So we just thought we’d provide a public service by letting people know.”

The list of 267 spending announcements made since allegations of political interference in criminal proceedings against the Québec construction firm have dominated the headlines can be viewed here.

“There’s money for a cheese expertise centre, so I think a lot of people would scratch their head at why the government needs to be funding something like this,” said Wudrick of $376,000 federal largesse to the Québec-based non-profit.

Other spending includes nearly $600,000 for a ‘safe boating’ mobile app, $1.2 million for ‘creating job opportunities for youth in B.C.’ and nearly $370,000 for ‘understanding right-wing extremism in Canada’.

Wudrick acknowledged that spending for “fixing and building infrastructure are obvious ones that are hard to criticize.”

“But spending money to promote tourism seems to be with the idea that people don’t use the internet these days to figure out what to do and see when they travel,” said Wudrick of more than a million dollars that was dispersed around the country with this objective.

Additionally, the federal government announced $140 million in assistance to the country’s beleaguered steel industry – $40 million for steelworkers in western Canada and $100 million for small and medium-sized manufacturers of steel and aluminum – to compensate against U.S. tariffs that came into effect in June of 2018.

“It’s not unfair that SNC is dominating the news, it’s a very serious issue and to downplay it is wrong,” said Wudrick. “But the consequence is people have to judge for themselves whether some of these announcements are designed to distract from that.”

As federal government’s Budget 2019 promised $19.8 billion in deficit spending, all of these announcements are effectively being funded with borrowed money, Wudrick added.