A female Trump supporter was allegedly attacked and hospitalized by Women’s March and Black Lives Matter activists after she participated in a pro-Trump rally on Saturday in Washington D.C. 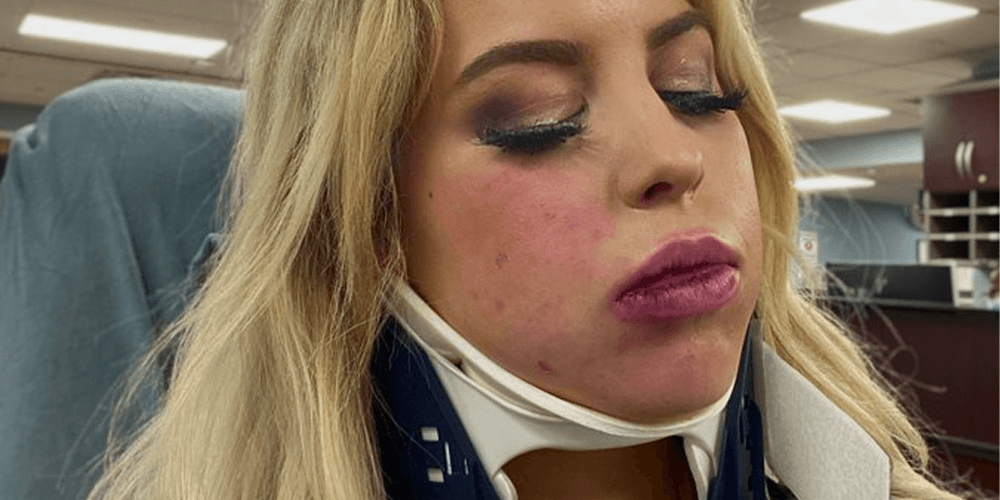 A female Trump supporter was allegedly attacked and hospitalized by Women’s March and Black Lives Matter activists after she participated in a pro-Trump rally on Saturday in Washington D.C.

Isabella Maria DeLuca, whose bio identifies her as a Turning Point USA ambassador, posted images of her injuries while recovering at a local hospital. NationalFile identified DeLuca as the Outreach Director for the pro-Trump organization Republicans for National Renewal.

While there was no footage of the attack, a Breitbart News reporter attending the event captured footage of DeLuca waving a Trump flag and shouting “four more years” earlier in the day.

In a statement provided to the publication, DeLuca alleges that she was assaulted by a “older female.”

“The first woman was a white older woman – she had glasses on, a glittery bedazzled Black Lives Matter shirt,” DeLuca said. “She looked like she could’ve been my grandma, honestly.”

According to DeLuca, the younger assailant grabbed DeLuca’s pro-Trump flag and when she tried to grab it back, the woman allegedly punched and choke her. DeLuca said that she felt reluctant to defend herself due to the advanced age of her attacker but was determined to retrieve the flag when it was snatched.

DeLuca told the publication that a younger female Black Lives Matter supporter assisted the older woman who had initially assaulted her by hitting, pushing, and punching DeLuca.

DeLuca was hospitalized following the attack and treated with a cervical collar due to her head and neck injuries. She told the publication that she was suffering from blurry vision and dizziness due to the impact.

Trump supporters turned out in Washington DC outside the Supreme Court today to show their support for Amy Coney Barrett. They were met by a large group of counter-protestors from the Women’s March and Black Lives Matter movements.