"For my part, I’d rather be damned with the Romantics and Plato than go to woke heaven with Erin and the Harvard faculty." 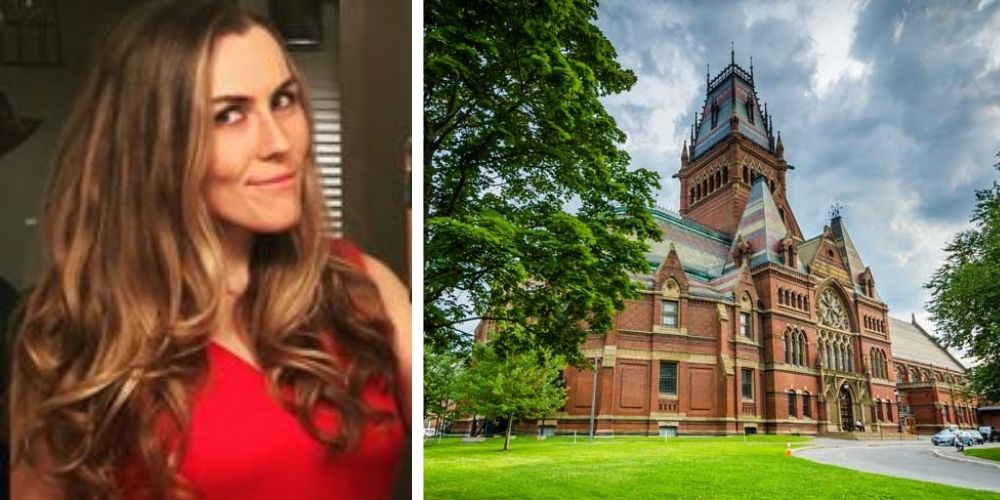 Dr. Devin Buckley was scheduled to speak at Harvard University this month about her work regarding British Romanticism and philosophy, though that talk has now been canceled.

On April 18, Buckley was notified that her talk had been canceled, citing her board membership with the Woman’s Liberation Front "WoLF" which they say is "an organization that takes a public stance regarding trans people as dangerous and deceptive."

"WoLF opposes this blatantly false characterization of our work, as well as Harvard's flagrant disregard for free speech. Dr. Buckley's original talk did not have anything to do with her feminist beliefs," the organization said in a statement.

While the group states on its website that "Gender cannot be reformed – it must be abolished," they are supporters of defending women’s spaces, including domestic violence shelters, prisons, women’s sports, bathrooms, and locker rooms.

They also "support detransitioners in their struggle to be healed and heard."

In a letter sent by Harvard to Buckley, they said that she engages in the public sphere "as more of a polemicist than Romanticist."

"I have some bad news," the letter began. "As we were preparing the application for next year's funding, my co-coordinator looked you up on google to include the correct details about you on the application.

"She was surprised to find that your public profile is largely rooted in controversial issues regarding trans identity and that you're on the board of an organization that takes a public stance regarding trans people as dangerous and deceptive. Since you're mostly engaging in the public sphere as more of a polemicist than Romanticist, this puts the colloquium and the department and myself in an uneasy position," the letter continued.

The letter states that the co-coordinator had refused to let Buckley speak, with the letter writer noting that even if they were able to push it past the co-coordinator, they wouldn’t be able to get their two faculty members to agree "once they learn of your online presence."

"Really, it's not so much because of your own personal conviction regarding trans identity. It's more about the public stance you've taken and how you've recently crafted a professional presence around these issues," the letter stated.

"I'm so sorry we can't extend the formal invitation I promised you. You've done cutting-edge work in the study of Romanticism and religion. Maybe we can work out some other kind of engagement elsewhere in the future," it added.

In a response letter, Buckley acknowledged that the unnamed letter writer may have "forced you to be the bearer of bad news," and that "I hold no grudge against you for this, since I assume you don’t necessarily approve of Harvard’s decision."

"You are still my friend and brilliant colleague. I won’t, of course, ask you to make your views explicit, lest you risk cancellation as well," she wrote.

Buckley said her disinvitation was disappointing, "not only because I would have loved to give a lecture on poetry and philosophy, but because this is yet another instance of an elite university punishing (and misrepresenting) someone who questions fashionable far left dogma."

She said that her lecture would have had noting to do with gender and feminism, and would have rather "addressed esoteric philosophical matters in the Romantic movement."

"This is not a case of Harvard refusing to platform ideas it dislikes. This is a case of Harvard deplatforming me for political reasons entirely unrelated to my scholarship," Buckley wrote. "As you mentioned in your email, I was of interest to Harvard for my “cutting-edge research,” not my women’s rights advocacy–and I had no intention of bringing up gender or feminism at a talk on the relevance of Plotinian Neo-Platonism and Vedic Philosophy to transcendent ontologies of early nineteenth century British poets."

She noted that even if her talk would have been about astrophysics, "I have no doubt that I would have received a similar email."

"If it is unacceptable for me to speak at Harvard on British poetry and philosophy because I am a feminist, then I invite Harvard to purge its libraries and museums of all those who hold views unacceptable to Harvard," she continued.

"If I am to be silenced, then why do the tomes and treatises of history’s innumerable sexist, racist, homophobes still sit on Harvard’s hallowed shelves and continue to be cited with reverence? Harvard should cleanse them all and leave nothing but the purity of empty space," Buckley added.

Buckley continued on to say that it’s "difficult to discern whether those who cancel feminists like me won’t or can’t understand us when we critique gender," and that she suspects most people do not believe that a man can be a woman, its just that most people remain quiet for the sake of their careers.

"I want to call them moral cowards, but I also have sympathy for those who must do this to survive, such as adjuncts who struggle to find non-academic jobs and continue to hang on desperately to exploitative part-time labor at wealthy universities which advertise themselves as bastions of social justice," she said.

Buckley also counteracted the letter’s statement that WoLF makes comments about trans people being dangerous and deceptive, saying that the organization rather opposes "ideology and policy dangerous to women," including those that allow male entry into female spaces based on self-identifying as female.

"WoLF has no issue with trans-identified females being housed in a women’s prison. Furthermore, one of our arguments against self-ID concerns the fact that self-attested gender identity is, by definition, unfalsifiable since it is grounded on a purely subjective experience and, therefore, may be abused by predatory males who would not otherwise identify as trans," she continued.

Buckley noted that she has a biology degree, one in neuroscience, and that "I am confident about my definition of a woman–an adult human female."

"Why can I not be interested in both Platonism and feminism? Shelley was. Why can I not write in multiple genres, including polemic? Many of the authors we study did–and they faced severe repercussions for deviating from the norms of their day," she wrote.

Concluding her letter, Buckley said, "For my part, I’d rather be damned with the Romantics and Plato than go to woke heaven with Erin and the Harvard faculty."

In response to Buckley’s cancellation, WoLF will be holding a virtual webinar featuring Buckley, who will discuss "cancelation by Harvard, free speech for women, and the ideological capture of academia."