"It is widely known that illicit fentanyl is driving the massive spike in drug-related deaths. A new approach to this catastrophe is needed." 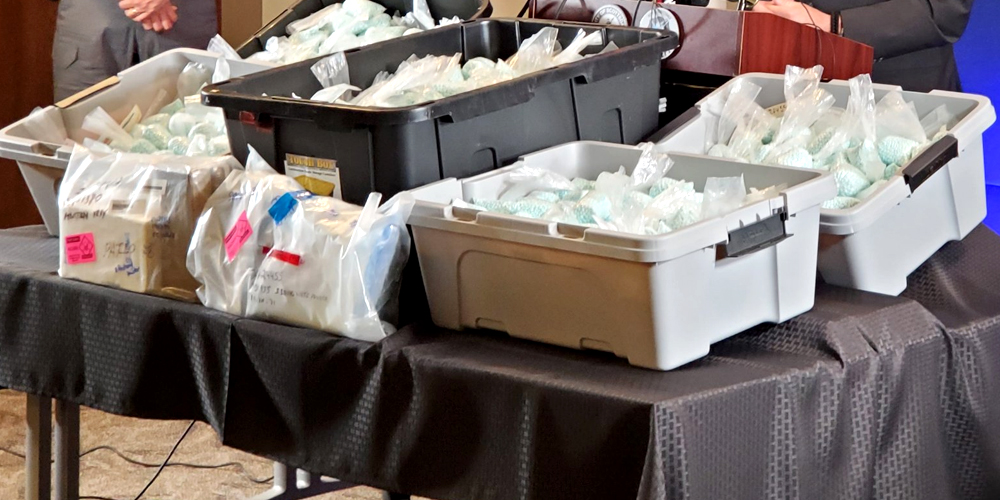 This was spotlighted by Fox News who highlighted parties that raised the alarm about recently published CDC data.

The Families Against Fentanyl activist group highlighted the issue of fentanyl poisoning to their Twitter feed on Wednesday.

James Rauh, founder of the group, suggested "declaring illicit fentanyl a Weapon of Mass Destruction would activate additional and necessary federal resources to root out the international manufacturers and traffickers of illicit fentanyl and save American lives."

It’s believed there’s a connection between the onset of the Coronavirus pandemic and the steep rise in fentanyl deaths. The DEA have said the main sources of fentanyl coming into America have been from Mexico and China. Places like Snapchat are said to be a marketplace where fentanyl is advertised.

(A pre-pandemic report by the DEA highlighted how much of a problem fentanyl presented itself as being.)

Within the week of December 7th to December 14th, Arizona troopers seized 37 pounds of fentanyl as it was being transported within state borders.

The way that Yahoo News writes about it is much more grim – they say the 15,000 pounds of fentanyl seized in 2021 is more than enough "to kill every American." That report as well mentions the social media factor of the equation in facilitating the black market for illicit drugs.

An earlier report by the New York Post says that with the state of Texas seizing 886 pounds of fentanyl, that equals roughly 200,790,522 "lethal doses" of fentanyl.