Raskin rose during the joint session of Congress in 2017 to voice his "objection" to the certification of the Electoral College votes in favor of President Donald Trump. 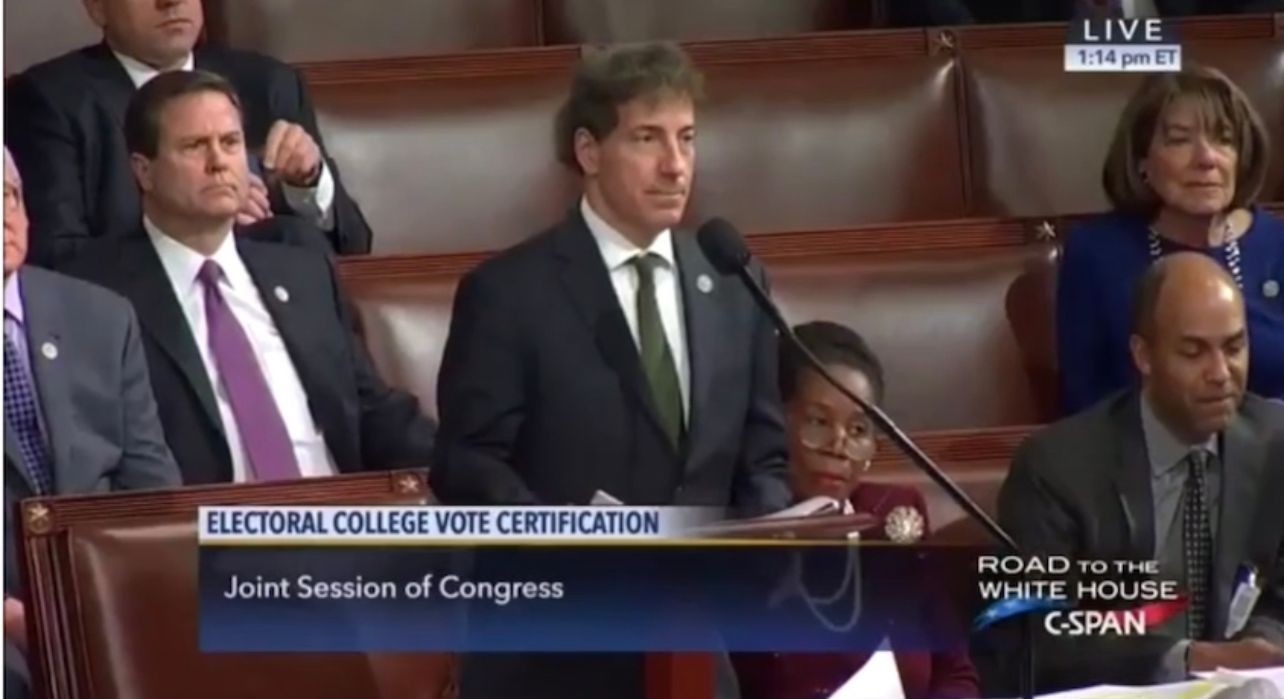 Representative Jamie Raskin (D-MD), who leads the Impeachment Managers in conducting an impeachment against a president that is no longer in office, incited insurrection himself, at least according to his own definition. In 2017, he voted against the certification of the Electoral College votes to bring President Donald Trump into office.

Raskin rose during the joint session of Congress in 2017 to voice his "objection" to the certification of the Electoral College votes in favor of President Donald Trump, saying that he had issues with Florida's electoral voters.

"I have an objection because 10 of the 29 of the electoral votes cast by Florida were cast by electors not properly certified because they violated Florida's prohibition against dual office holding." Then Vice President Biden, presiding over the joint session, said that the objection would not stand because it was not jointly signed by a senator.

In early January, 2017, Raskin told The Baltimore Sun "I would love to challenge the Electoral College vote because our election was badly tainted by everything from cyber-sabotage by Vladimir Putin, to deliberate voter suppression by Republicans in numerous swing states."

After is was reported by Politco that Raskin was one of many Democrats pondering a vote against Electoral College certification, Raskin said that "...it's a very hard thing to prove that an election would have turned out differently than it did, and the law requires a challenge from both the House and the Senate, and I'm not seeing that happen."

If Raskin had seen a way to make a play for both House and Senate Democrats to vote in opposition to the Electoral College votes, it's clear from these statements that this is something he would have felt it his duty and obligation to participate in. When Raskin was a state legislator, he advocated for the abolition of the Electoral College, trying to create a multi-state compact that would nullify its effectiveness.

Raskin wasn't the only one of his colleagues to go against the people's vote in 2017. Rep. Maxine Waters (D-CA) objected as well. As Biden presided over the certification, protests shouted their objections, and he had to direct security to remove them from the chamber.

By Raskin's own terms and definitions that he has put forth in this post-presidential impeachment proceeding, he too was responsible for incitement and insurrection, as the vote against the Electoral College certification by some Republicans is part of his presentation of evidence against Donald Trump.

A massive protest commenced in reaction to Trump's inauguration, where leftists, progressives, and Democrats stated plainly that Trump was not then, nor ever would be, their president. They persisted in saying this for four years.