"They're not gonna let up," Harris said with pride, "and they should not. And we should not." 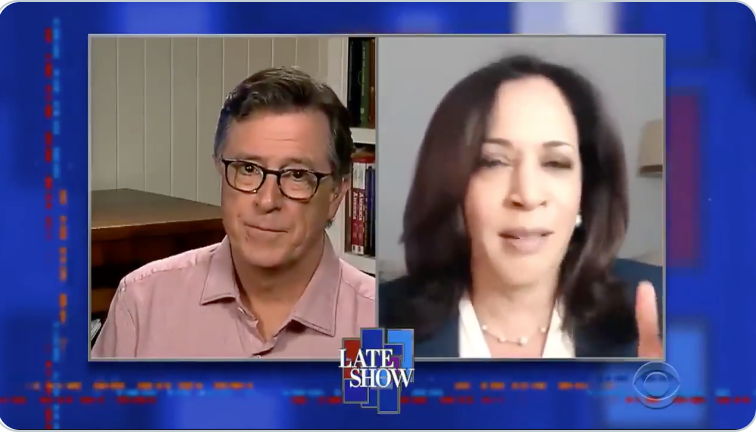 In August, Senator Kamala Harris spoke to former comedian Stephen Colbert about the riots that rocked the country throughout the summer. Harris gleefully said that "they're not gonna stop," come the election. "This is a movement, I'm telling you," she said.

Colbert noted that media just wasn't covering these riots by the end of August for some reason, and Harris seemed to think this was a problem.

"I know that there are protests still happening in major cities across the United States, I'm just not seeing the reporting on it that I had for the first few weeks," Colbert said.

"They're not gonna let up," Harris said with pride, "and they should not. And we should not."

The August 30 interview came after 30 people were killed in the intensive rioting from May through August, and billions of dollars in property damage was reported.

While mainstream media repeatedly called on President Trump to condemn white supremacy, which he did dozens of times, they allowed Democrat politicians like Harris, Portland Mayor Ted Wheeler, and so many others to not only condone but advocate for violence and destruction in American cities.

Media gave a platform to politicians and activists who championed the protestors. Cadres of medical experts claimed that those who acted out against perceived injustices were justified in breaking COVID-inspired lockdown orders, while telling those Americans who would rather just have their normal lives back to stay inside.

The massive disconnect between the imposed restrictions for one group of people and the allowance of mass gatherings for another based solely on political perspective was ignored by media elites and their allies inn Big Tech.

The scathing rebuke Wednesday's violence in the Capitol from shills on the left who celebrated BLM and Antifa riots is nothing short of towering hypocrisy.

Harris will take the oath of office to become our nation's next vice president on January 20.