FLASHBACK: Kamala Harris said BLM 'protests' of 2020 'should not' let up

The clip resurfaced as Rep. Majorie Taylor Greene faced a hearing as to her right to run for reelection, despite her statements that she only advocated for peaceful demonstrations on January 6. 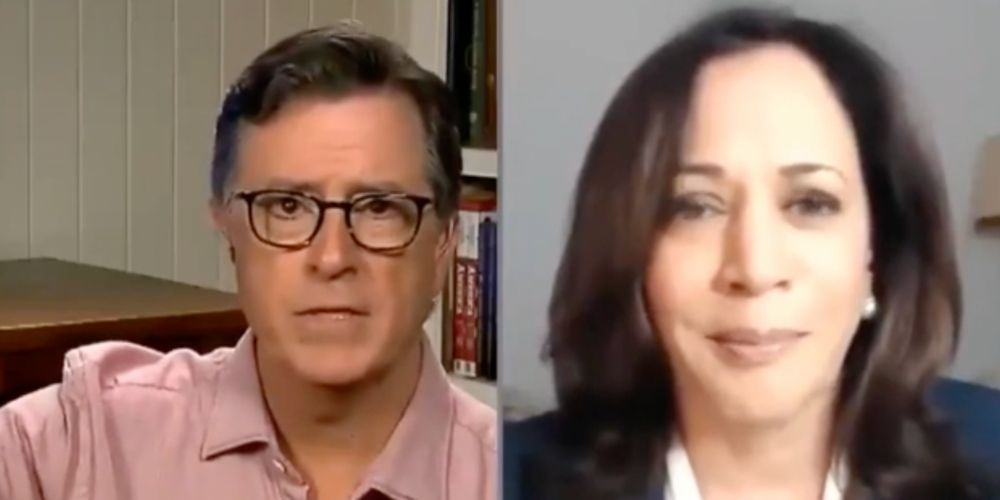 A recently resurfaced clip of Kamala Harris has gone viral once again showing the then-California Senator talking gleefully about the riots that spread across the country during the summer of 2020, immediately following the death of George Floyd.

In the June 2020 interview with Stephen Colbert on The Late Show, the two talked about the "protests" that had spread across the country, a number of which devolved into violent protests.

"I know that there are protests still happening in major cities across the United States, I'm just not seeing the reporting on it that I had for the first few weeks," Colbert said.

"They're not gonna let up," Harris said, "and they should not. And we should not."

The Harris clip has warranted a fact check from Reuters, who said that Harris was expressing her support for protests, not riots, in this interview.

The resurfacing of this interview comes as Rep. Marjorie Taylor Greene took the stand on Friday  in front of an administrative law judge over a challenge to her 2022 re-election bid.

While Greene qualified on March 7 to run for reelection, a campaign finance-reform organization called "Free Speech for People" filed a challenge with Secretary of State Brad Raffensperger.

The legal filing alleges that Greene played a role in the January 6, 2021 riot at the Capitol building, and that for that reason she should not be allowed to run again.

They say that Greene should be disqualified because of a clause in the 14th Amendment that says, "No person shall be a Senator or Representative in Congress ... who, having previously taken an oath, as a member of Congress ... to support the Constitution of the United States, shall have engaged in insurrection."

Free Speech For People legal director Ron Fein argued that while Greene was not on the Capitol steps herself, she "played an important role" to "help facilitate" the Jan. 6 riot.

"I only believe in peaceful demonstration. I do not support violence," Greene said.