FLASHBACK: Leftists rioted in DC during Trump's inauguration in 2017

Ahead of Inauguration Day, the political left appears to have memory-holed when leftist destroyed the nation's capital during President Donald Trump's inauguration in 2017, choosing now to rebuke violence committed by right-wing groups in the wake of the Capitol Hill riot. 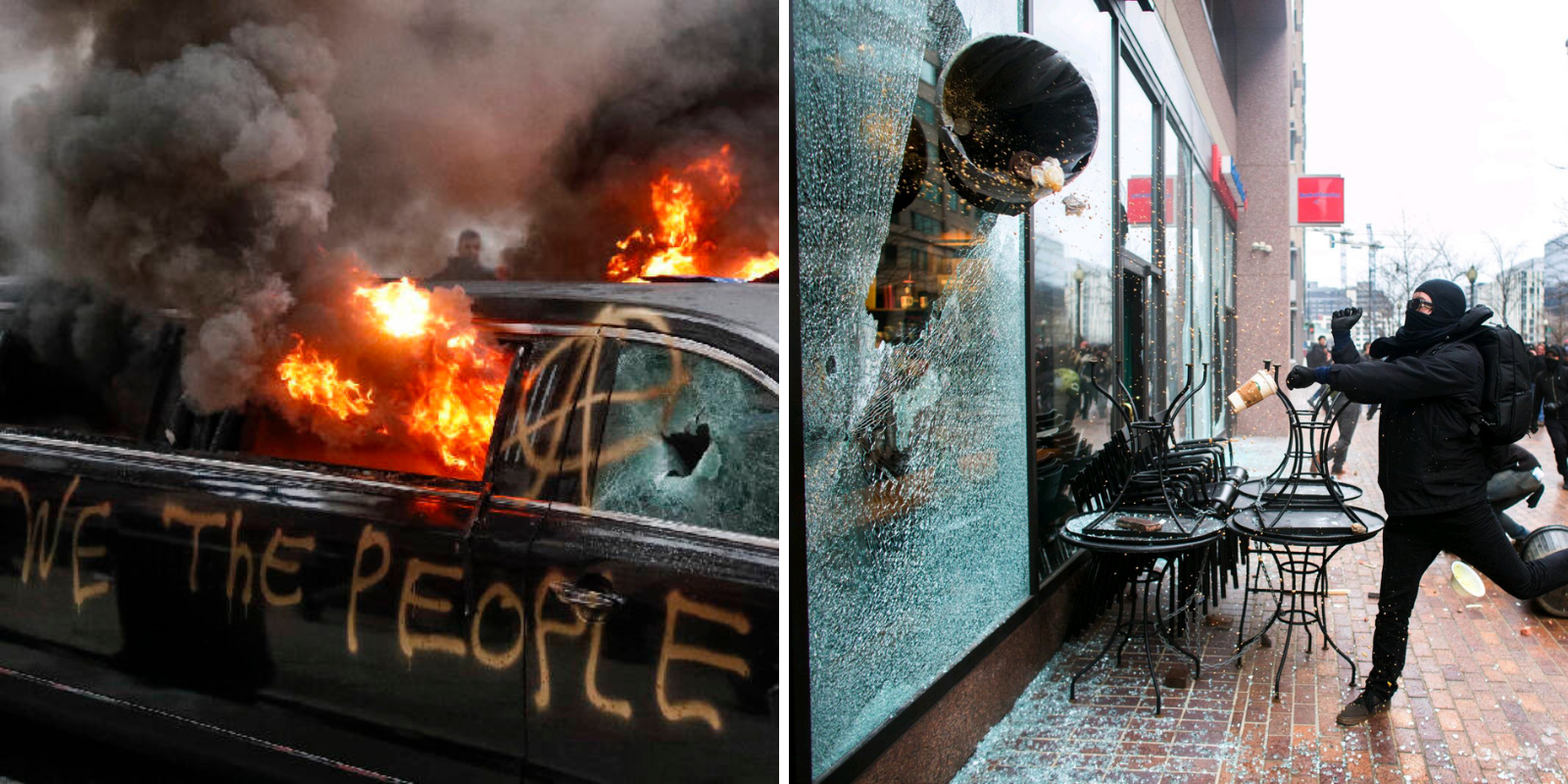 Ahead of Inauguration Day, the political left appears to have memory-holed the incidents surrounding President Donald Trump's 2017 inauguration, when leftist demonstrators vandalized and rioted in the nation's capital. They are choosing now to rebuke violence committed by right-wing groups in the wake of the Capitol Hill riot, without any acknowledgement of their past actions.

Black-clad activists among hundreds of demonstrators protested over Trump's swearing-in and clashed with law enforcement just a few blocks from the White House. Rocks and bottles were launched at cops dressed in riot gear. Six local officers were injured by rioters.

At one flash point, an instigator hurled an object through the passenger window of a police van, which retreated, speeding away in reverse as onlookers cheered. Far-left militants defaced storefronts, causing tens of thousands of dollars in property damage.

Agitators used chunks of pavement and baseball bats to shatter the glass windows of several businesses downtown, including a Bank of America branch and a McDonald’s outlet—all symbols of American capitalism.

At the time, the US attorney's office sought to charge all 230 of the protesters who took to the streets on Inauguration Day in Washington, DC, with felony rioting.

80 suspects were slapped with the heavy charges, which included massive penalties of up to $25,000 and 10 years in jail, the New York Post reported.

"And guess how much media coverage this got? Nothing," commented conservative activist Kyle Kasahuv.

"Every Democrat in office during this must condemn, apologize, and resign," he said, echoing the latest calls by Rep. Alexandria Ocasio-Cortez, and others, who have stated that Republican reps who did not vote to certify the Electoral College vote should resign.

"I think I must have missed the trials, but who was held responsible for inciting the violent riots during Trump's 2017 inauguration?" questioned the Washington Free Beacon's executive editor Brent Scher.

One year later in 2018, arrestees accused the Metropolitan Police Department of colluding with right-wing militia by tacking on conspiracy charges against the other defendants, alleging that parties on the prosecution's side entered doctored footage into the trial.

A federal class action complaint was filed against MPD officials for failure to distinguish rioters from peaceful participants during the mass arrest, Courthouse News Service reported. The lead plaintiffs asked the court to declare the conduct unlawful and to expunge the false arrests from the records of the class members. They also sought compensatory and punitive damages, alleging that the "overwhelming majority" of the demonstrators were "peaceful and law-abiding."

The false arrest lawsuit argued that the First Amendment rights of the suspects were violated when the individuals were taken into custody without probable cause "based on their actual or perceived 'anarchist' or 'anti-capitalist' ideology or their association with such individuals."

The suit contended that the commanding police official declined to identify or apprehend the suspects who were smashing windows and vandalizing property, opting instead to declare the three-block march an unlawful riot.

The complaint also claimed that, without discretion, officers used pepper spray, smoke flares, flash-bangs and concussion grenades to kettle hundreds marching down 13th St. NW, sweeping them into a cordoned-off area. It was alleged by the complainants that no order to disperse, opportunity to disperse, or safe route to disperse was ever provided.

The lawsuit, which is still pending as of March 2020, came the day after federal prosecutors dropped rioting charges against 129 protesters but pursued cases against 59 other defendants.