They wanted their constituents to give a wake-up call to those congressmen and Cabinet members who were allied with the Trump administration, and they believed that violence was the way to do it. 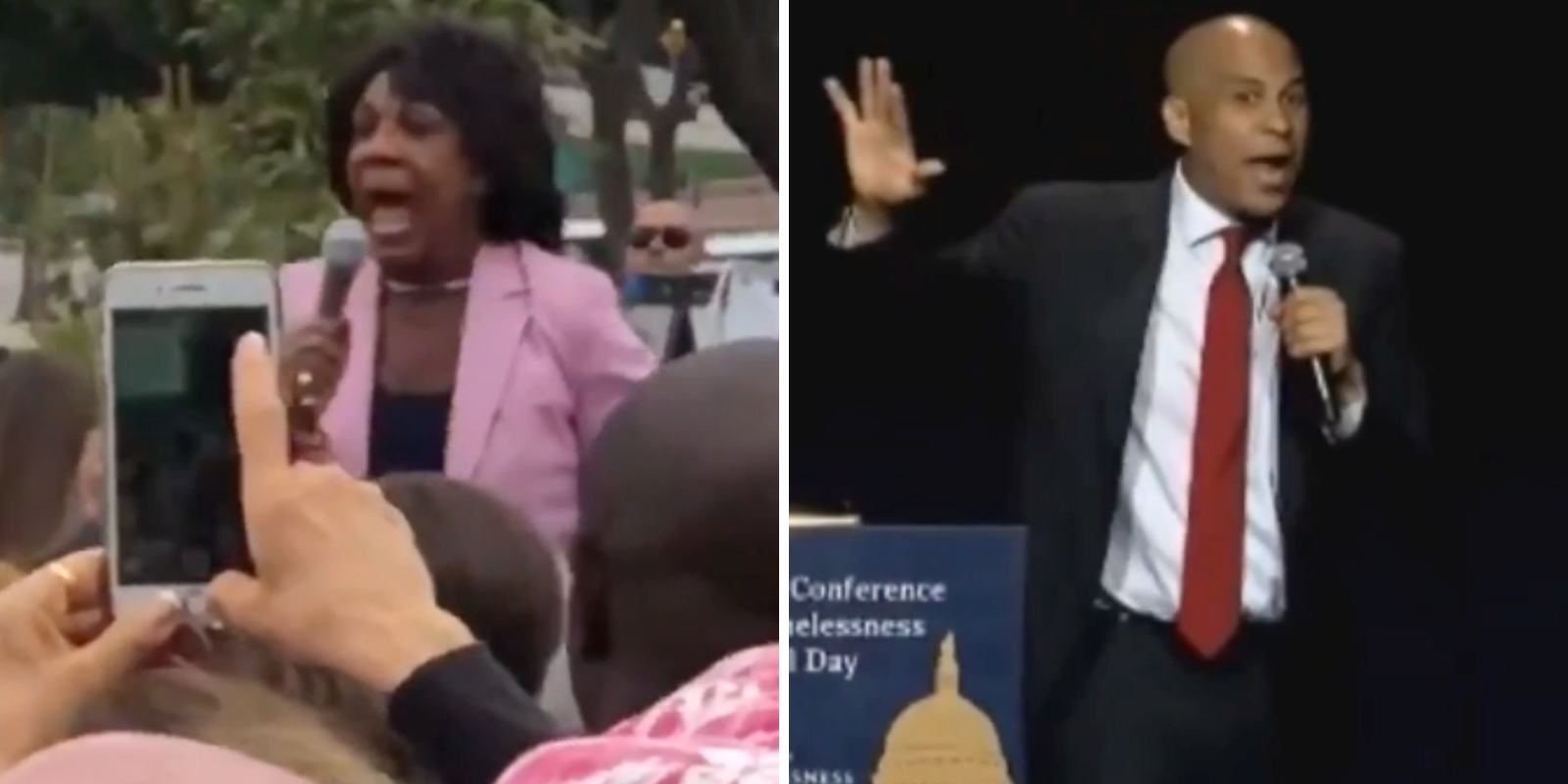 They wanted their constituents to give a wake-up call to those congressmen and Cabinet members who were allied with the Trump administration, and they believed that violence was the way to do it. They said so outright.

Speaking to supporters at the 2018 National Conference on Ending Homeless and Capitol Hill Day, Booker called for those who attended his speech to go to Capitol Hill and "get up in the face of some congresspeople."

"That's my call to action here," Booker said. "Please, don't just come here today and go home, go to the Hill today. Please, get up in the face of some congresspeople."

Waters was more aggressive, and applauded actions already taken against cabinet officials, saying to a crowd of cheering supporters

"Already you have members of your Cabinet that are being booed out of restaurants, who have protesters taking up at their house saying 'no peace, no sleep,' 'no peace, no sleep.' And guess what? We're gonna win this battle because while you try and quote the bible, Jeff Sessions and others, you really don't know the bible.

"And if you see anybody from that Cabinet  in a restaurant, at a department store, at a gasoline station, you get out and you create a crowd, and you push back on them, and you tell them that they're not welcome anymore, anywhere..."

Waters came under heavy criticism for her comments at the time, from President Donald Trump and other Republicans. Waters had refused to attend Trump's inauguration, and became a prominent voice of the "resistance" arm of the Democrat party, boycotting Trump's State of the Union Address, and calling, as she did in 2018, for public violence against those working in the Trump administration.

In response to Waters' remarks, Minority Leader Rep. Kevin McCarthy (R-CA) said that "The people who claim tolerance seem to be the most intolerant in this process. We need civility in this country, but the idea that you’re asking people to go forward, that becomes very dangerous and it becomes a risk inside our country as well." McCarthy also condemned in no uncertain terms the violence that was perpetrated against Congress on Jan. 6.

In 2018, then press secretary Sarah Sanders was refused service at a Virginia restaurant because of her affiliation with the Trump administration. She was told that she was making the staff feel uncomfortable

Department of Homeland Security secretary Kirstjen Nielsen was taunted at MXDC Cocina Mexicana in DC. Senior White House policy adviser Stephen Miller was called a fascist and heckled at Espita Mezcaleria, also in Washington, DC. Journalists issued their own support for the actions of restaurants and protestors against those who worked for the president.

In the summer of 2020, these protests against Trump administration officials descended to street level, where BLM and Antifa activists mobbed and harassed civilians, people who were seated at outdoor restaurants whose political views were largely unknown. Activists demanded allegiance in the form of raised fists, screamed at patrons, trashed tables, and harassed bystanders to their political action.