FLASHBACK: Trudeau says vaccine mandates are not to 'punish' the unvaccinated and are a victory for democracy

On Wednesday, Trudeau clarifies the goal "is not to punish people who don't want to get vaccinated," but to "protect Canadians from being infected by people who are unvaccinated." 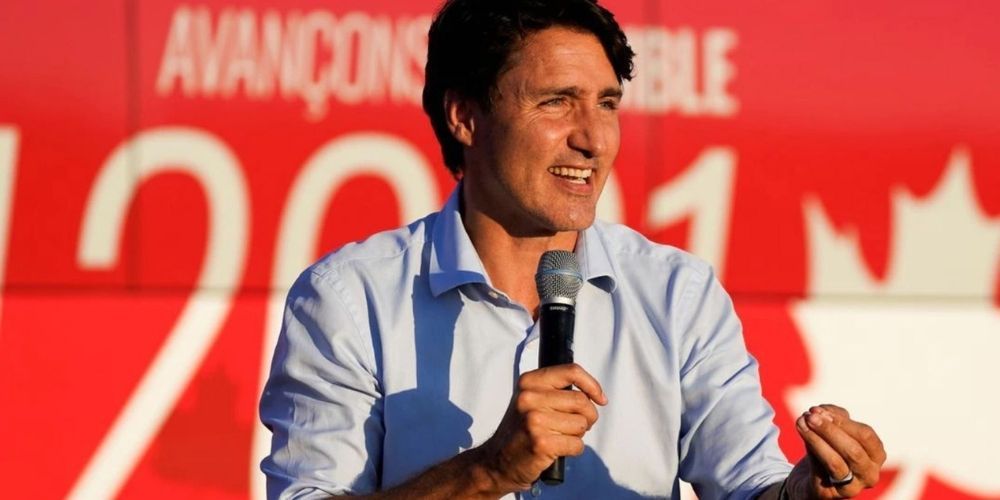 Trudeau announced that unions would force public servants to take unpaid leave for staying unvaccinated without a medical exemption. He clarified that even those working from home must abide by the mandate.

In mid-August, Trudeau said vaccine hesitancy would produce "consequences" for those refusing to get the jab but was mum on what that entailed. But on Wednesday, he clarified the goal "is not to punish people who don't want to get vaccinated," but to "protect Canadians from being infected by people who are unvaccinated."

The prime minister said he worked with public service unions "very closely" to ensure vaccinations among its members, a decision Trudeau said took place "a number of weeks ago." Though he recognized public servants already had "an extremely high level of vaccination," which he said was unsurprising. Trudeau still would not answer if unions would fire federal employees for refusing the vaccine.

At an August 19 campaign event for then Calgary Liberal candidate George Chahal in Calgary, Trudeau adamantly pushed his government's plan to ban unvaccinated Canadians from travelling by plane or train. On Wednesday, he also said to expect details on the matter later in the day.

"You deserve a government that's going to continue to say 'get vaccinated,' and you know what, if you don't want to get vaccinated, that's your choice. But don't think you can get on a plane or a train beside vaccinated people and put them at risk," exclaimed the prime minister. "We need to put people first."

Acknowledging "lots of people" disagreed with the mandate, and despite stating that's "okay" because "we live in a democracy," he claimed the alternative to his approach was tyranny. "I need you to talk to your neighbours and talk to your friends, talk to those folks who are still wondering if they should get vaccinated and tell them 'yes,'" said Trudeau.

Opponents to the move said this challenges the rights of Canadians to work and move freely within their own country, as is guaranteed by Section 6 of the Charter of Rights and Freedoms.

On August 13, Transportation Minister Omar Alghabra introduced the government's plan to bar unvaccinated Canadians from travelling interprovincially via train, plane, or large marine vessels. Those unable to get vaccinated because of a medical exemption could go through testing and additional screening measures to access those modes of transportation.

"Vaccine requirements in the transportation sector will help protect the safety of employees, their families, passengers, their communities and all Canadians. And more broadly, it will hasten Canada's recovery from the COVID-19 pandemic," he said. Alghabra clarified they seek "practical ways" to mandate vaccines "as quickly as possible."

The announcement came when Liberal President of the Privy Council Dominic LeBlanc said the Trudeau Liberals would mandate vaccines for federal employees. At the time, they "urged" Crown corporations and federal agencies to follow suit. Over half a million people work directly for the federal government, with 70 percent fully vaccinated at the announcement.

"This is an evolution of the government's posture in protecting the health and safety of Canadians since the beginning of the pandemic," said LeBlanc. "We have scientific data but also real-world evidence on how effective are the vaccines that have been approved for use by Health Canada." No date for the mandate was announced, though LeBlanc hinted that would come in short order.