In the interview, Trudeau said that "there are people who are opposed to vaccines, that don't believe in science, that are often misogynists, racist." 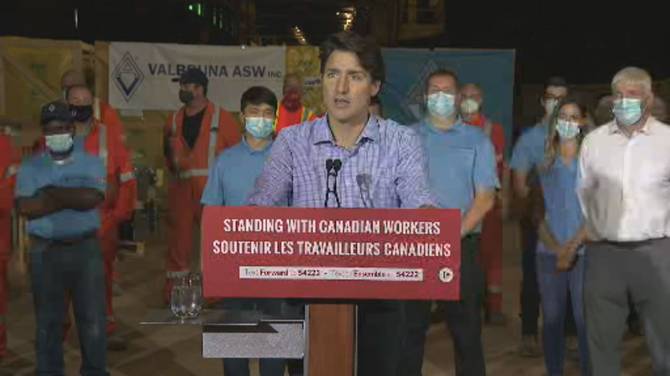 A video of Prime Minister Justin Trudeau on a Quebec-based talk show went viral on Sunday. It showed Trudeau saying that people who don't support the vaccine are often racists and misogynists.

Trudeau appeared on the La Demaine des 4 Julie on September 17. This was during the 2021 federal election campaign, during which Trudeau turned vaccines into a political wedge issue.

In the interview, Trudeau said that "there are people who are opposed to vaccines, that don't believe in science, that are often misogynists, racist."

Trudeau went on to say that this was "a small group, and so we have to make a choice, as a leader, as a country. do we tolerate these people? because over 80 percent of people have already done their part."

The clip generated some considerable traction on social media. On Tuesday it had close to three thousand retweets on Twitter and over five thousand likes.

During the election, Trudeau often painted the Conservatives as being soft on the coronavirus, often asking for the vaccination status of their MPs. Trudeau also vowed to enforce vaccine mandates on trains and plains, even if they were domestic.