Fauci said "They always come back and say, Fauci was responsible for closing schools. I had nothing to do—I mean, let's get down to the facts." 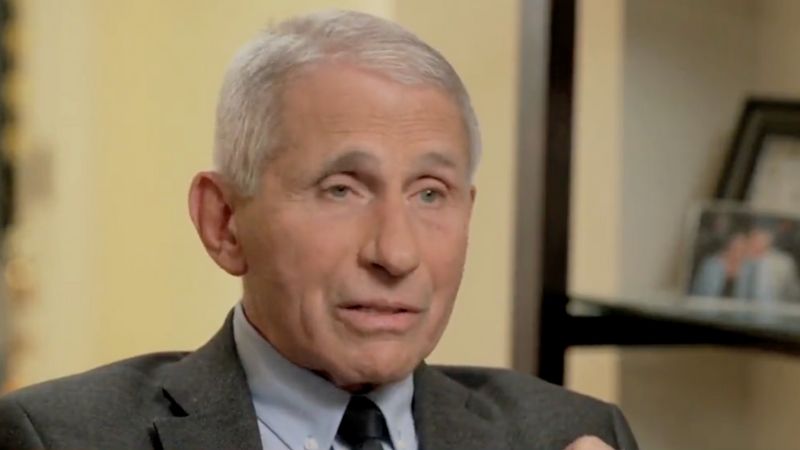 Dr. Anthony Fauci falsely claimed that he had "nothing to do" with the nationwide school closures during Covid that have caused consequential damage to the country's youth while speaking to ABC's Jonathan Karl on Sunday during an episode of This Week.

Fauci told Karl, "They always come back and say, Fauci was responsible for closing schools. I had nothing to do—I mean, let's get down to the facts."

"Contrary to his latest media tour, Dr. Fauci was in fact the point person on shutting down schools in America. As the self-appointed Covid czar, politicos & the media turned to him for advice, and his was to lock kids out," Ellliot wrote before proving clips of Fauci holding the school closure standard.

On March 6 of 2020, a week before the Covid pandemic was declared a national emergency, Fauci promoted school closures on a case-by-case basis and said that "If we get community-based cases throughout various parts of the country, you use that information to make the decision if they’re going to do what you said, which is to do the social distancing — that includes teleworking, closing schools, etc."

On March 13, 2020, the day the disease's impact was declared a national emergency, he said, "Closing schools and doing other things should be proportionate. A lot of people, a lot of sections are doing it anyway. I don’t criticize them for that, they may get fatigued from that. But I would rather do that than do nothing."


After March 13, Fauci maintained his support of the school closure policy on multiple occasions, first saying they might be able to re-open in the fall and then qualifying if they even could open in the fall depending on "the safety and the welfare of the children and the teachers"


In the fall of 2020, Fauci did say he wanted schools reopened but then reneged in February of 2021. According to Elliott, "Fauci updates his talking points again, this time aligning w/ the Biden Admin on waiting to reopen until Congress passed a big teachers union slush fund (the $1.9 trillion American Rescue Plan)"


As of 2022, Fauci has flip-flopped at least once on major Covid safety measures. In late September Fauci declared the government "botched" and poorly executed "certain aspects" of the Covid response, such as masking, an issue he advocated against and then for.

Republican Senator Rand Paul from Kentucky has promised to investigate Fauci for his Covid policies. The two have clashed on several occasions as Fauci lied to Congress multiple times, such as concerning the possibility that Covid was man-made. Senator Rand Paul confronted the doctor on the lie, especially because Dr. Fauci had funded gain of function research at the Wuhan, China lab from which the virus most likely escaped.
ADVERTISEMENT
ADVERTISEMENT
Fauci.